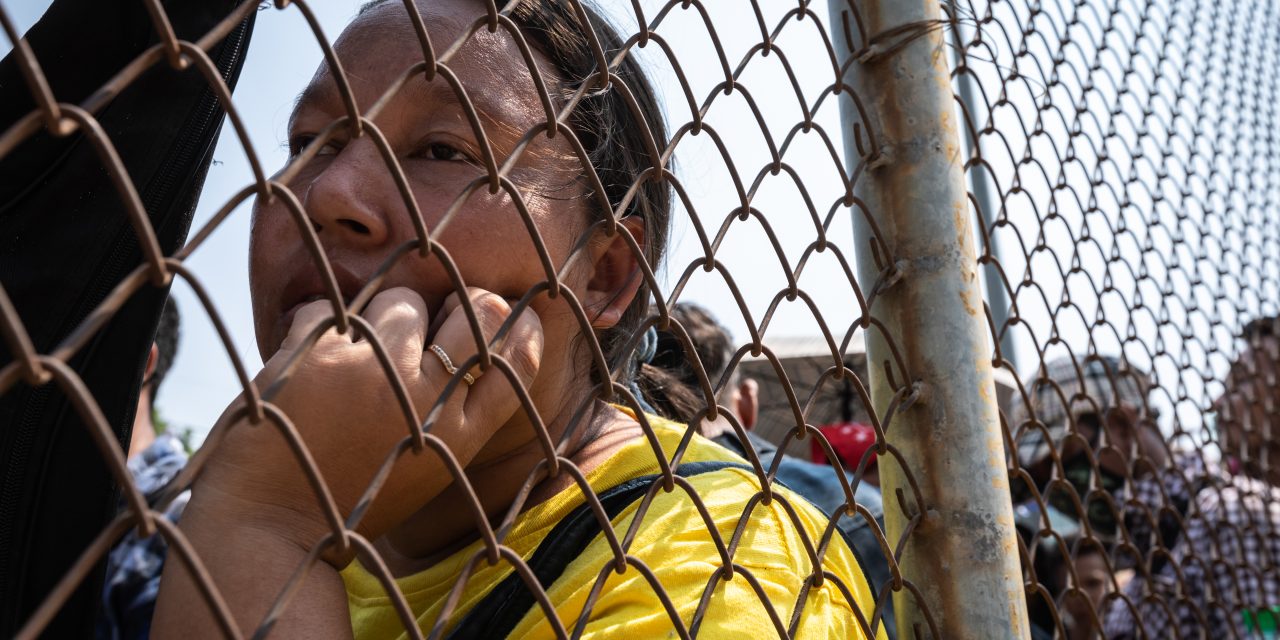 The internal watchdog for the Department of Homeland Security (DHS) found “dangerous overcrowding” and unsanitary conditions at a Border Patrol processing facility in El Paso, Texas during an unannounced inspection last month. The watchdog said conditions were so bad they posed an “immediate risk to the health and safety not just of the detainees, but also DHS agents and officers.”

The space was so overcrowded that some people—many of them Central American families seeking asylum—were forced into “standing-room-only” conditions for days or weeks at a time. People are supposed to stay at these facilities for a maximum of 72 hours, according to a U.S. Customs and Border Protection policy. But OIG found that many had been held far past that limit, including 33 people held for more than two weeks.

In response to the report’s recommendations, DHS said it had constructed a tent which could hold up to 500 people and is working to complete another tent by the end of July. But the agency admitted to the watchdogs that it “had not identified a process to alleviate issues with overcrowding” in the short term and wanted until November 2020 to fix the problem in the long term. The OIG found this respond inadequate, refusing to close their investigation until more immediate solutions were presented.

The OIG report is further evidence that the current system at the U.S.-Mexico border is outdated and inadequate. These holding facilities were originally made to process single adult men mostly coming from Mexico. Instead, they are now primarily holding asylum-seeking families from Central America.

The Trump administration’s efforts at curbing such migration—through the cruel practice of family separation, forcing people to wait on the Mexico side of the border, and proposing tariffs on Mexican goods—has not helped. Instead, the root causes of migration are ignored, putting the safety and health of vulnerable individuals at risk.

No person should ever be locked into a “standing-room only” cell for days at a time. Rather than lock people up in dangerous conditions, the government should focus on processing people more quickly and finding ways to release them.