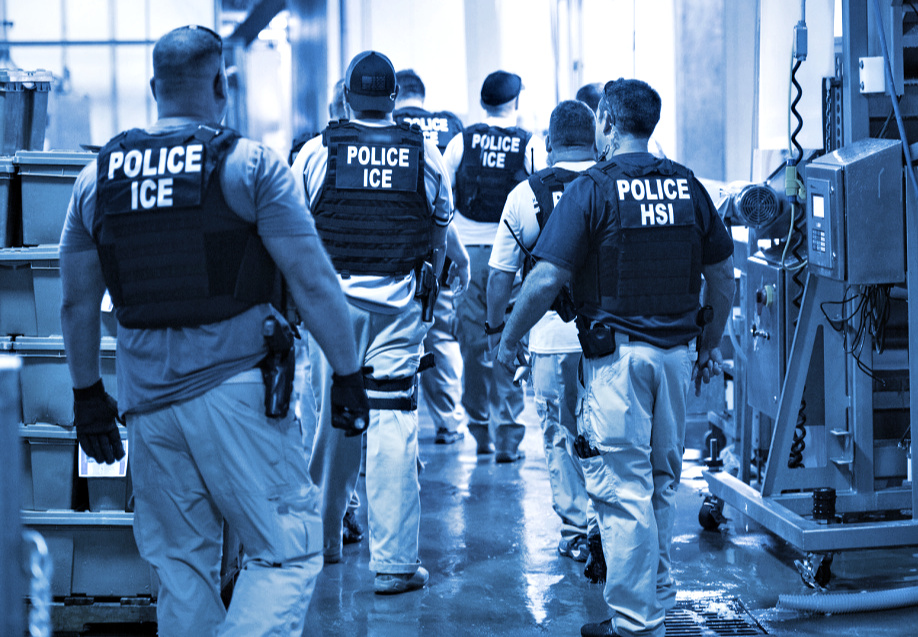 U.S. Immigration and Customs Enforcement (ICE) conducted coordinated raids in several small Mississippi towns on Wednesday. With reports of 680 arrests, the raids may be the largest ICE worksite crackdown in over a decade.

The raids follow several large-scale enforcement operations under the Trump administration. Earlier this year ICE arrested more than 280 people at a technology repair company in Allen, Texas. Last year immigration raids devastated communities in Nebraska, Ohio, and Tennessee. The raids in Mississippi may be the largest in history for a single state.

Information about the raids—and what will happen to the workers—is limited. ICE agents reportedly checked identification and took the belongings of those they suspected to be in the country without authorization. Several buses took arrested workers to a nearby military facility where ICE set up shop.

Dozens of family members, friends, and coworkers emotionally watched the events unfold. Community members and school leaders are doing what they can to support families and take care of children. The raids took place on the first day of school and at least six families in one of the affected counties had a parent caught up in the raids. The school superintendent expected that number to go up.

In Forest, Miss., a local gym owner opened up the gym to give children a safe place to go after school if they couldn’t go home because their parents were swept up in the raid. Volunteers were providing bedding, along with food and rides to school. A mom of two boys was among the arrested workers—the boys’ godmother reported that the kids were crying all day, wondering when they would get to see their Mom, who has been in the United States for 15 years.

Leaders in Jackson, located within 50 miles of several of the targeted worksites, strongly denounced the raids. Mayor Chokwe Antar Lumumba said in a statement:

“The ICE raids are both dehumanizing and ineffective as a tactic for protecting citizens from potential harm. These raids will only further alienate communities from law enforcement, disrupt community policing efforts, and cause law enforcement to forfeit credibility and trust among the people they are sworn to protect and serve… The City of Jackson strongly objects to the Trump administration’s ICE raids.”

According to Associated Press reports, the operation was large even by government standards. The resident agent in charge of the Jackson Homeland Security Investigations unit of ICE, Chris Heck, said “I’ve never done anything like this… this is a very large worksite operation.”

ICE is reportedly investigating the companies implicated in the Mississippi raids for “potential criminal violations.”

The effectiveness of raids has long been questioned. Again and again, communities report that ICE raids in their towns end up devastating their economy, social fabric, and residents’ wellbeing. One of the largest single-site raids in U.S. history at a meatpacking plant in Postville, Iowa had major short- and long-term consequences for the town. More than a decade later, the Postville economy still struggled to recover.

It’s too soon to know the consequences for the Mississippi towns targeted by ICE. Certainly, families are experiencing the very real threat of temporary and perhaps permanent separation. The workplaces targeted no doubt will lose workers, affecting the bottom line of major employers in these small towns and rippling out to the local economy. History shows that this kind of immigration enforcement does nothing for the public good.