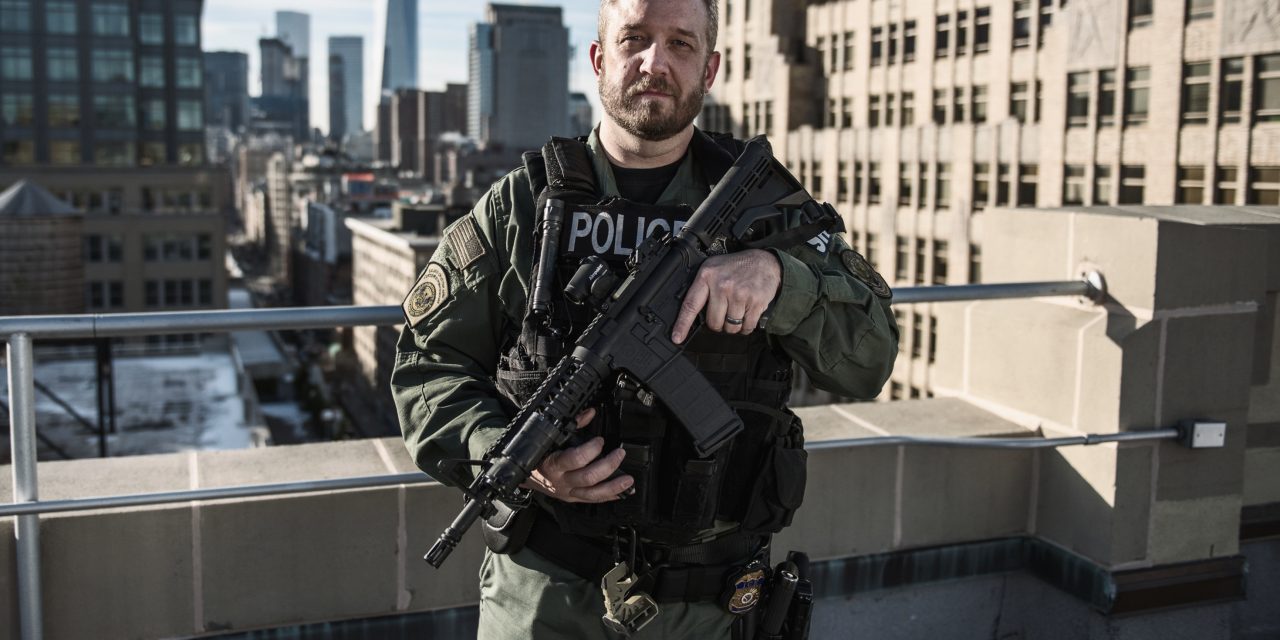 At a new training facility at Fort Benning in Georgia, U.S. Immigration and Customs Enforcement (ICE) is reportedly planning to build “hyper-realistic” simulations of homes, schools, courtrooms, and commercial buildings to replicate the type of environment its agents encounter on the field.

The agency estimates it will cost close to $1 million to build the new facility. It will include a “Chicago” home, an “Arizona” home, and three “fishbowl” style training centers where instructors can watch trainees from atop scaffolding.

ICE revealed its plans for the facility in a contracting document posted on the government’s Federal Business Opportunities website. In the Statement of Work, ICE says that hyper-realism is necessary for training:

“For example, details like the number of dishes left on the table, toys in the yard, lighting, furniture, etc. all provide clues that allow our agents and officers to infer vital information that directly affects their safety and the potential resolution or outcome in the scenario.”

Following a series of national protests against ICE, the agency has publicly defended itself in recent weeks from claims that it carries out “raids,” and argued that protests put the agency’s employees in danger.

But statistically, employment as an ICE agent does not carry the same level of risk seen in other enforcement agencies.

In the agency’s 16-year history, only a single Deportation Officer has died during the apprehension of an immigrant—Agent Brian Beliso, who in 2016 collapsed during a foot chase and died of a heart attack. Similarly, one ICE Homeland Security Investigations officer has been killed in the field. In 2011, Agent Jaime Zapata was deployed in Mexico and was killed by cartel members who were later sentenced to life in prison.

Between fiscal year 2010 and 2017, ICE agents went into American communities and arrested 297,530 people. During the same 7-year period, ICE recorded just 303 assaults “directed at ICE employees [or] Federal law enforcement officers or contract employees at [ICE] detention centers” in which an injury occurred. By comparison, the NYPD reported 82 serious or substantial injuries between April to June 2019.

Given the relative safety of the agency’s work, the claim that ICE needs to build a facility to replicate “battlefield conditions” and allow agents to “experience combat conditions” is jarring.

Although the new training facility has yet to be built, the way ICE described it suggests the agency views itself as an increasingly militaristic force.

This shift in viewpoint could have profound impact on the agency. In recent years, many have argued that training which teaches police officers to operate in a constant state of fear and be prepared for violence at any moment has led to an increase in violent encounters.

Just days ago, ICE agents in Nashville, Tennessee attempted to arrest a man leaving his lawyer’s office. Although the exact details are unclear, agents fired two bullets into the truck the man was driving, striking him and leading him to crash the truck. This raises concerns that such incidents could become more common under a further militarized ICE.