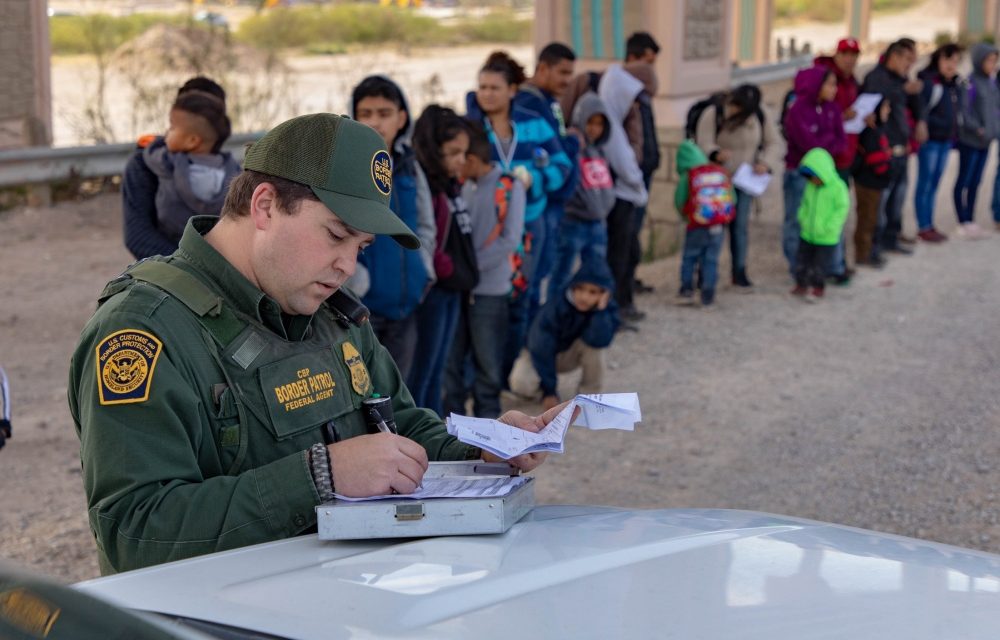 The Trump administration began a secretive new asylum process in El Paso, Texas that came to light late last week. It seeks to deter asylum seekers from coming to the United States and to remove them as quickly as possible once they’re here.

The process—dubbed the “Prompt Asylum Claim Review” or “PACR”—condenses the asylum process from several months or more to under 10 days. It is riddled with due process concerns and will likely result in countless individuals’ deportation to imminent harm. Media reports indicate that the program is being piloted in El Paso and is a joint initiative between the Department of Homeland Security and the Justice Department.

Under PACR, individuals apprehended in the El Paso area are kept in holding cells (known in Spanish as hieleras) or are taken to a local 1,500-bed soft-sided facility operated by Customs and Border Protection (CBP).

They are given 24 hours to make a phone call to an attorney or otherwise prepare for their case before having an interview with an asylum officer. The officer will decide whether they have a credible fear of persecution if returned to the country they fled.

Many asylum seekers being processed at the border are subjected to the asylum transit ban, which blocks asylum eligibility for those who traveled through another country before reaching the United States. As a result, Central Americans are especially impacted by the ban. They are only eligible for a more limited form of relief (withholding of removal) under a heightened fear screening standard that is much harder to meet.

Those who fail these screening interviews may have their case reviewed via telephone by an immigration judge. The judge conducts a cursory review of the case.

Even if someone can secure a lawyer within 24 hours, they are unable to meet with them in person at the facility. CBP does not permit attorneys to physically access the facilities. Detainees only have limited access to phone calls.

Individuals seeking asylum will remain in CBP custody during their credible fear interview. This is a big departure from previous procedures. Typically, individuals only spend a few days in CBP custody before being transferred to a detention center operated by U.S. Immigration and Customs Enforcement.

CBP facilities are notorious for their terrible conditions and have long been the subject of litigation. The facilities are designed to hold individuals only for short-term stays. Government guidance advises that individuals be held for no longer than 72 hours—far less than the 10 days called for under PACR.

Reports have surfaced in recent weeks exposing these substandard conditions and inadequate access to medical care. This is particularly concerning, since those subject to the program include families with young children and infants.

The obstacles set before asylum seekers along the U.S.-Mexico border—and El Paso in particular—are almost insurmountable. Individuals placed in PACR must secure counsel within 24 hours, endure deplorable conditions for days in CBP custody, and meet a much higher legal standard than before.

This pilot process is yet another example of the Trump administration setting up asylum seekers to fail. The program entirely disregards due process for those who the asylum system was specifically designed to protect.