The Supreme Court Heard a Major Case on DACA. Here’s What You Need to Know. 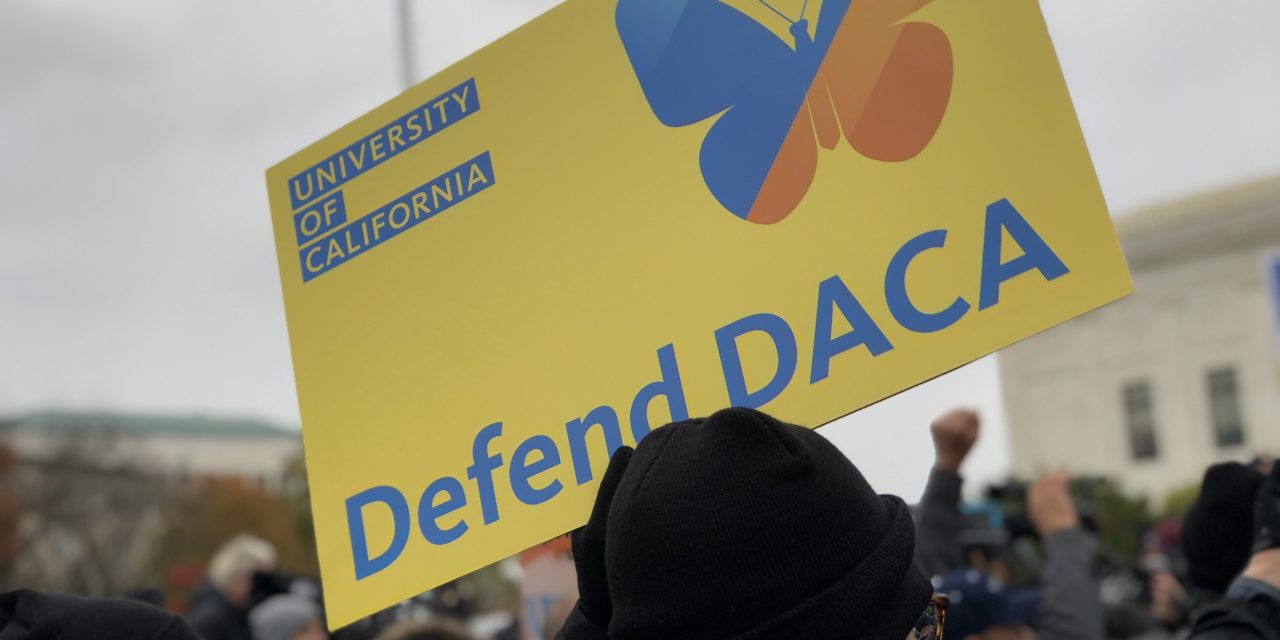 The Supreme Court heard arguments on November 12 in three cases challenging President Trump’s attempted rescission of the Deferred Action for Childhood Arrivals (DACA) initiative. The Court’s decision could have far-reaching consequences for DACA recipients and the limits of executive authority when it comes to immigration law and policy.

President Obama created the DACA initiative in June 2012 to provide young unauthorized immigrants with protection from deportation and the ability to work lawfully in the United States in two-year renewable increments. All applicants were required to meet specific criteria related to age, education, and criminal history. Government data indicates that approximately 661,000 people are currently enrolled. President Trump terminated the program September 5, 2017.

On Tuesday, the Supreme Court focused on one primary question: did the Trump administration provide an adequate explanation for why it ended DACA?

Anytime the Executive Branch makes a major policy decision such as ending DACA, it must explain why and ensure that the reasoning is not “arbitrary and capricious.” The Trump administration needed to provide a reason why it was ending an initiative that hundreds of thousands of people had benefited from and relied upon.

In two memos announcing the rescission, administration officials claimed DACA was an unconstitutional exercise of executive authority, and thus “illegal” from the start. Both memos failed to offer any policy justifications for the termination of the program. They instead pointed to a decision by the U.S. District Court in Brownsville, Texas barring a similar program known as Deferred Action for Parents of Americans (DAPA) as proof that DACA was illegal.

In response to several lawsuits, lower courts across the country issued injunctions against the rescission. This forced the government to continue accepting and adjudicating DACA requests from people who have DACA or those who participated in the past. These lawsuits then made their way to the Supreme Court.

The Supreme Court focused on the Administrative Procedure Act (APA) when it discussed whether the president’s decision to eliminate DACA is one that can be reviewed by federal courts and, if so, if it was lawful as implemented. The APA sets forth the standards governing the judicial review of decisions by executive branch agencies.

The APA permits a federal court to review whether government action is “arbitrary or capricious,” or otherwise not in accord with the law. It thus provides a check on government decisions that do not have lawful, rational justifications.

This review is particularly important when major policy decisions would significantly impact the lives of hundreds of thousands of people across the United States, like the attempted rescission of DACA. The APA contains an exception, however, for actions considered to be within an agency’s discretion.

The administration argued that its decision falls within this exception and is therefore not reviewable by the courts. This is a curious position given its exclusive focus on the DAPA case in Texas as its justification for rescinding DACA.

The respondents—the parties that initially challenged the DACA rescission—argued that the original memo rescinding the policy contained factual and legal errors, and that the reasoning provided for the decision was insufficient.

Initial reports indicate that a majority of the justices appear ready to allow the administration to move forward with the rescission of the program.

The consequences of simply revoking a program like DACA that people have come to rely on for many years are dire. The lives of hundreds of thousands of people who participated in the program over the last seven years would be thrown into disarray.

It would then be up to Congress and the president to negotiate a permanent solution allowing DACA recipients to live and work in the United States without the constant threat of deportation. The House passed such a measure in June of this year.