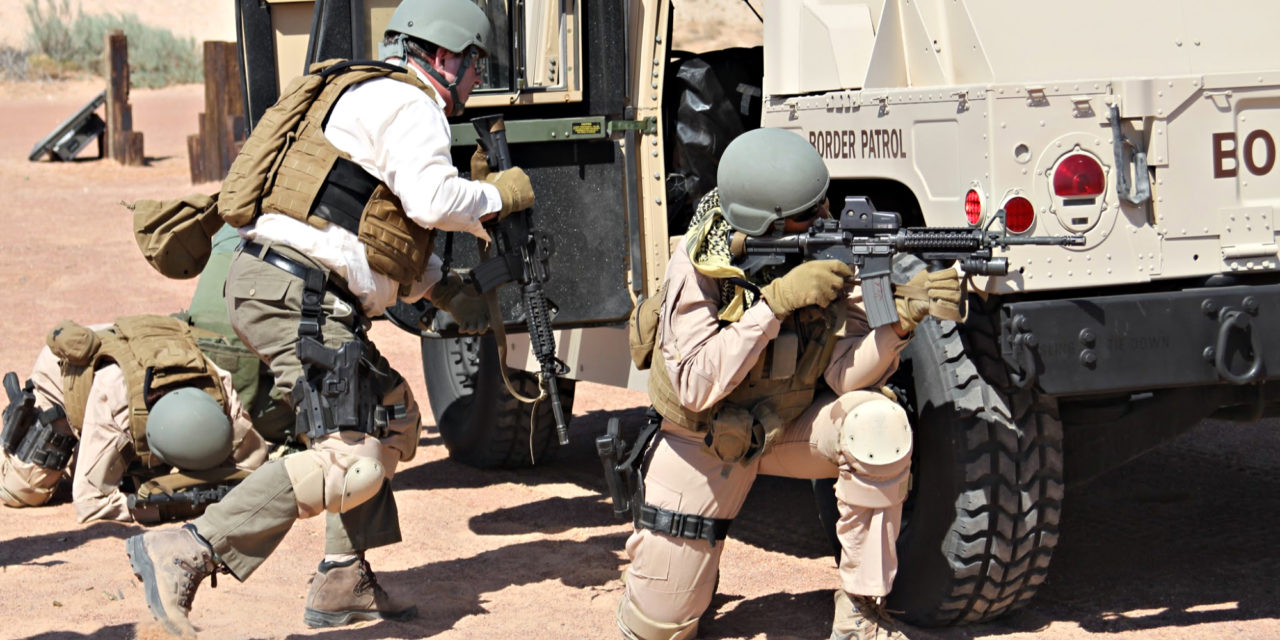 The Trump administration is continuing to wage an escalating war on so-called sanctuary jurisdictions across the country. This is part of an ongoing campaign to coerce state and local governments into enforcing federal immigration law.

Many states, counties, and cities have adopted a variety of policies intended to serve and protect all of their residents, regardless of immigration status. One subset of these policies concerns a state or locality’s role in cooperating with federal authorities to enforce immigration law. These are sometimes referred to as “sanctuary” policies, although no legal or standard definition of the term exists.

The administration recently announced that it plans to deploy immigration SWAT teams known as the Border Patrol Tactical Unit, or “BORTAC,” to a number of sanctuary jurisdictions including New York, San Francisco, and Chicago.

The administration claims that this reallocation of resources will enhance public safety and strengthen national security. In reality, this charade will create volatile and unpredictable interactions between immigration enforcement and members of our communities. It will likely lead to countless collateral arrests of people who don’t pose any threat.

BORTAC is part of the Special Operations Group (SOG) that houses a number of specialty teams within U.S. Customs and Border Protection. Its stated mission is to handle uncommon and dangerous situations that are outside the scope of normal Border Patrol duties.

The tactical unit is headquartered in El Paso, Texas and was created in 1984 to counter riots in immigration detention facilities. Its mission has since evolved to include counterterrorism and counter-narcotics operations.

BORTAC agents, armed with tear gas and large weapons, conducted the infamous, pre-dawn raid to seize six-year-old Elian Gonzalez from his uncle’s home in Miami on April 22, 2000. The DHS Office of Inspector General previously found that SOG and its components such as BORTAC operate without meaningful performance measures and with unknown budgets.

These officers will now be tasked with providing support in regular immigration enforcement operations within the interior of the United States.

The administration insists that sanctuary jurisdictions suffer from increased levels of crime. But there is no scientific evidence available indicating that sanctuary cities are less safe than other cities in the United States. In fact, empirical data shows that immigration is associated with lower crime rates.

Sanctuary policies are intended to foster trust between local law enforcement and the communities they police. This rapport increases the likelihood that victims and witnesses will come forward to assist in investigating and prosecuting crime, without regard to their immigration status. Sanctuary jurisdictions don’t shield immigrants from deportation or prosecution or limit the federal government’s ability to enforce immigration law.

U.S. Immigration and Customs Enforcement—the agency tasked with immigration enforcement within the interior of the country—has a budget of $8.4 billion in 2020. Their budget eclipses the total annual operating budgets of most major U.S. cities and even some states.

Despite these extraordinary resources, the Trump administration nevertheless insists on commandeering state and local resources intended for other purposes for immigration enforcement.

Our communities are safer when people believe they can trust law enforcement, irrespective of their immigration status. President Trump nevertheless continues to use isolated incidents of crime to justify a dragnet approach to immigration enforcement.

The administration’s policies are clearly intended to frighten immigrant communities across the United States. But the use of military-style tactics in immigration enforcement within our communities represents an unprecedented and unnecessary escalation with potentially tragic results.