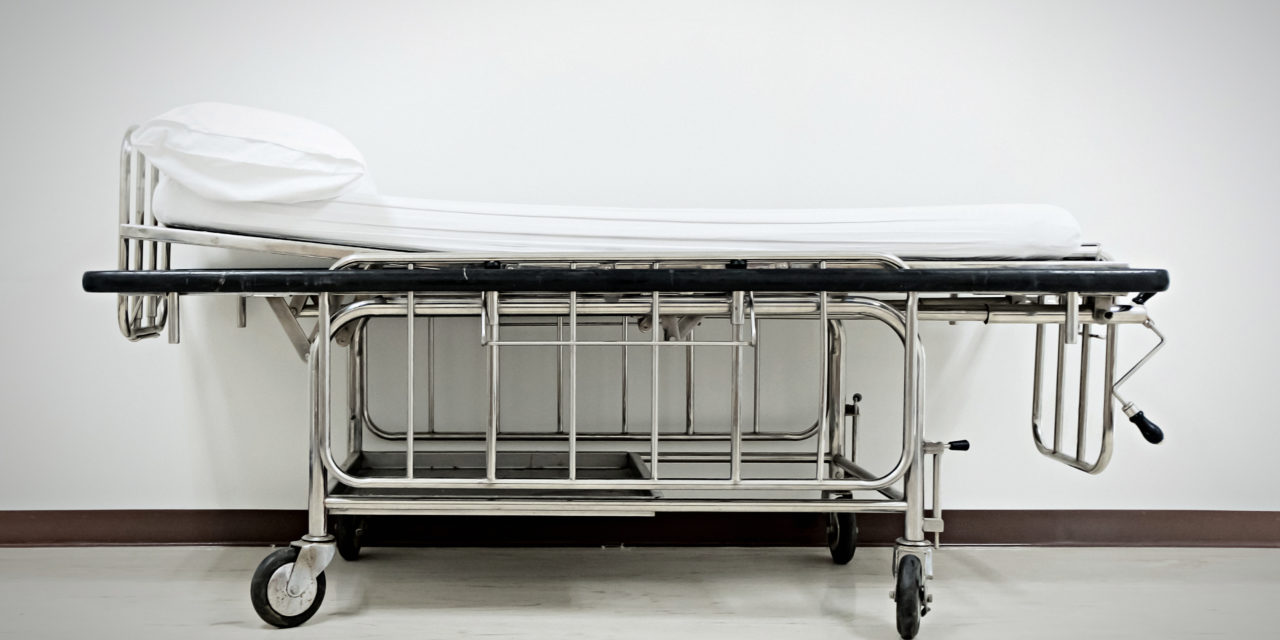 The prognosis for people in immigration detention facilities during this global pandemic is grim. On Wednesday, news broke of the first person to die while in U.S. Immigration and Customs Enforcement (ICE) custody after testing positive for the coronavirus.

Carlos Ernesto Escobar Mejia was a long-time member of the Los Angeles community. He died in a hospital’s intensive care unit due to COVID-19 complications. The 57-year-old had been detained in Otay Mesa Detention Center in Southern California since January 2020. Unless immediate action is taken, Escobar Mejia’s death in ICE custody will not be the last.

On May 7, immigrant advocacy groups filed a complaint over ICE’s neglect with several government oversight agencies. The complaint calls for ICE to ensure immigrants in its custody are protected during the pandemic. It also highlights the accounts of 17 men and women in detention facilities around the United States.

Each account is disturbing. They confirm ICE’s pattern of willfully and actively disregarding the health and welfare of thousands of individuals in its custody.

The complaint urges ICE to take several actions during the pandemic.

ICE must stop transferring people—some of whom may already have COVID-19—across the country between detention centers. It also requests an investigation by the oversight agencies into ICE’s shortage of personal protective equipment (PPE) and hygiene supplies. Additionally, it calls for an investigation into retaliation by officials against detained immigrants who spoke out about the inadequate prevention measures. Retaliation against immigrants has reportedly included physical assault and solitary confinement.

One person in the complaint, “Javier,” describes the lack of protection in the Otero detention center in New Mexico:

“The officials still had not given us masks or gloves. They had not taken our temperature a single time, and I saw others that had fevers and flu-like symptoms…. Around April 28, I started to get sick with fever, body aches, and headaches. I was also hungry because I didn’t have money in my commissary account, and they do not give us enough food. I also started to have difficulty breathing.”

Another person in the complaint, who uses the pseudonym “Iván,” describes a lack of food, toilet paper, laundry services, soap, masks, and other personal protective equipment among both guards and those detained.

Iván says that he sleeps in a bunk bed and spends almost all his time in a pod of 120 people. He reports detention center staff coming to work sick. The staff rotates frequently. He says some people have been denied medical care until they are so sick they have to be carried out on a stretcher.

The complaint draws from a recent groundbreaking report from medical doctors and researchers. The report revealed that the continued spread of COVID-19 in immigration detention facilities will have a devastating impact on detained individuals and local health care systems if the population within ICE custody is not decreased. The report, which pulls from official data available on the ICE Enforcement and Removal Operations (ERO) website, projects that:

The uncovered data foreshadows devastating consequences for individuals in immigration detention and the public at large.

ICE issued guidelines regarding staffing of ICE facilities; availability of hygiene supplies, PPE, and medical supplies; and recommended cleaning and disinfecting practices. However, the testimonies in the oversight complaint show that ICE repeatedly fails to comply with its own guidelines.

As scientists around the globe rush to develop a vaccine, one thing is abundantly clear: those who remain in close physical proximity—like the thousands of individuals currently in ICE detention facilities—are more likely to become infected and die, like Escobar Mejia.

The government must act urgently to stem the further spread of infection within ICE custody. Anything short of immediate, drastic action will result in widespread catastrophic consequences to people in detention and the public at large.