Cuccinelli and Wolf Were Found Ineligible to Serve at DHS. What Happens Next? 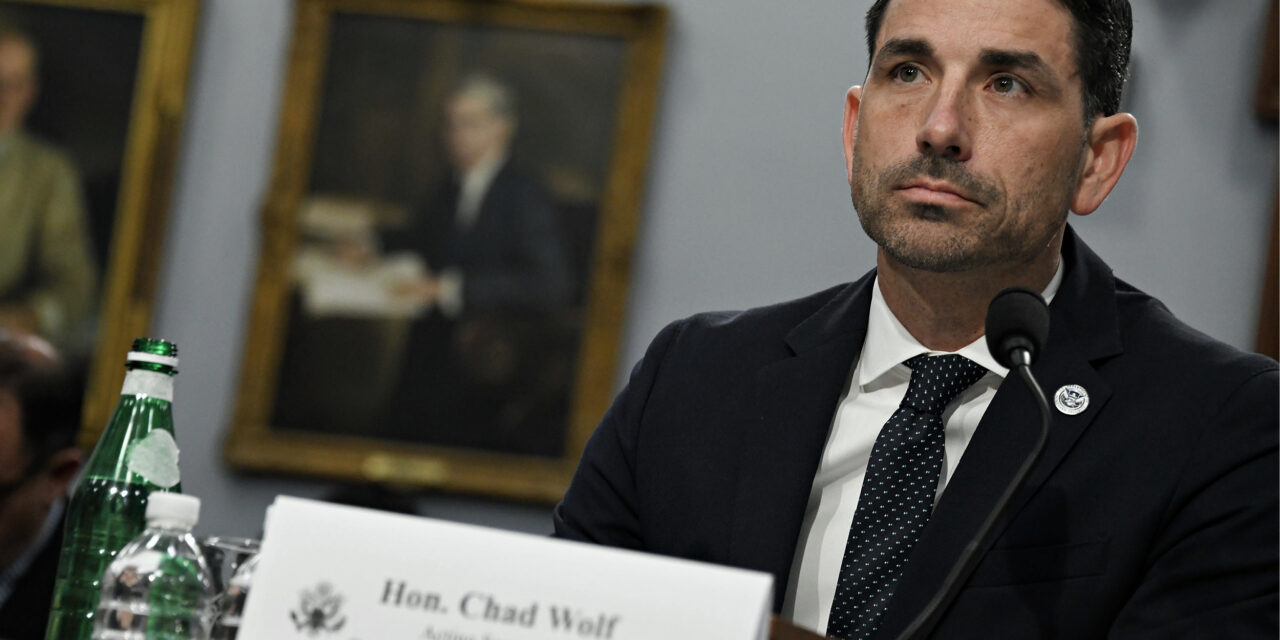 The Department of Homeland Security’s (DHS) top two officials are under scrutiny once again after a congressional oversight office found they were unlawfully appointed to their positions.

The independent nonpartisan agency, the Government Accountability Office (GAO), released a report that determined that Chad Wolf and Ken Cuccinelli were not properly installed into their roles as acting Homeland Security secretary and acting deputy. The report concluded that both men are ineligible to serve.

Why Are Cuccinelli and Wolf Ineligible for Their Jobs?

Wolf and Cuccinelli were both hired for their positions under an “invalid chain of succession.”

This chain kicked off in April 2019 when former DHS-Secretary Kirstjen Nielsen resigned from her position. That spring marked a chaotic time at DHS, with top officials getting fired and installed into new positions on a near-weekly basis.

The Trump administration then circumvented federal law by appointing Kevin McAleenan—a former head at U.S. Customs and Border Protection—into Nielsen’s role without congressional approval according to the report. McAleenan was never confirmed by the Senate since he was serving as a temporary “acting” secretary.

McAleenan changed the order of succession shortly after being installed at DHS. This allowed both Wolf and Cuccinelli to assume their roles without question after McAleenan left the department.

What Will Happen to Cuccinelli and Wolf Now?

The DHS officials will stay in their roles— at least for now. But the report could have severe consequences for the men and the policies they’ve enacted during their tenures.

The report also referred its findings to DHS’ inspector general for further investigation.

The findings could immediately bolster several lawsuits against DHS. One lawsuit challenges some of the immigration policies enacted under Wolf. These policies have placed severe restrictions on asylum seekers and immigrants entering the United States.

This would mimic what happened to Cuccinelli as the acting director of U.S. Immigration and Citizenship Services (USCIS).

In March 2020, a federal judge found that Cuccinelli had been unlawfully appointed to his position at USCIS in the same manner outlined in the recent GAO report. The ruling voided two restrictive asylum policies Cuccinelli had previously approved.

Perhaps the Trump administration saw that history was repeating itself. The administration dropped its appeal of that decision the day before GAO released its new findings this past week.

Another lawsuit challenging the deployment of DHS agents at protests in Portland, Oregon could also benefit from GAO’s findings.

In a 2019 interview, Trump said he likes to rely on acting positions because “I can move so quickly. It gives me more flexibility.”

This has given Trump room to appoint immigration hardliners time and time again into positions for which they do not legally qualify.

But GAO’s latest report shows that this strategy does not work in the long run. Unsurprisingly, the government needs stability—and legally appointed officials—to function.