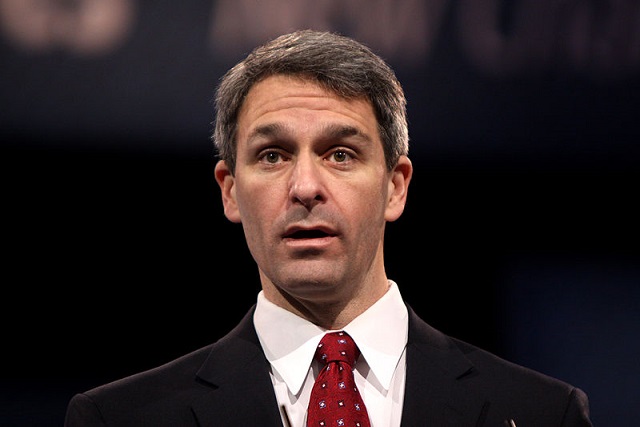 The Trump administration suffered another blow on Sunday, when a federal judge in Washington D.C. ruled that Ken Cuccinelli was unlawfully appointed to the role of acting director of U.S. Citizenship and Immigration Services (USCIS).

The ruling voids two asylum policies Cuccinelli had signed off on. But challenges to his authority will likely increase going forward.

This decision highlights a pattern of President Trump’s. He has used legally dubious measures to put hardliners into “acting” positions within the Department of Homeland Security (DHS). The president can in turn place acting officials into vacant positions, allowing him to bypass the Senate confirmation process.

Making Cuccinelli the head of USCIS took similar maneuvering. Former DHS Secretary Kevin McAleenan first had to create a brand new “principal deputy director” position. He designated that position as the “first assistant” to the USCIS director, then installed Cuccinelli into the role.

Because the director position was vacant, that automatically made Cuccinelli the acting director. This succession worked since the “first assistant” was next in line by law.

In his decision, Judge Moss ruled that this maneuver violated the Federal Vacancies Reform Act. Cuccinelli was never the “assistant” to the director. Instead, he became the acting director the moment he joined USCIS.

Which Asylum Policies Were Voided?

The ruling immediately put three of Cuccinelli’s policies on thin ice. He implemented all three soon after his appointment to acting director.

One policy shortened the time that asylum seekers had to prepare for “credible fear” interviews from a minimum of 48 hours to 24 hours. Another ordered asylum officers to deny almost all requests to delay those interviews.

Both policies got struck down under the Federal Vacancies Reform Act. The act requires judges to void any policies established by an official whose appointment was against the law.

The judge upheld the third policy. This policy prevents families held at the detention center in Dilley, Texas from receiving an in-person briefing on their legal options before their credible fear interviews. The judge declared that he didn’t have the authority to set aside this policy because USCIS had never written it down. The law only permits judges to set aside credible fear policies which are “written.”

What Will Happen to Cuccinelli After the Ruling?

Cuccinelli does not have to step down despite being unlawfully appointed. The plaintiffs did not make that request. He has insisted that he‘ll stay in the position. But any policies he signed off on since joining USCIS are now on shakier legal grounds.

For example, one of the lawsuits challenging the “public charge” rule includes a challenge to Cuccinelli’s authority to publish the rule. This decision could provide strong persuasive authority in that case. In addition, lawyers challenging USCIS’s proposed fee rule, which could be published at any time, will likely challenge the rule on these grounds.

Questions about Cuccinelli’s legal authority will only grow as time goes by. Recently, Cuccinelli ousted Mark Koumans as USCIS deputy director. He replaced him with Joseph Edlow, former USCIS chief counsel. Edlow will now run USCIS on a day-to-day basis. But given doubts about Cuccinelli’s position, the legality of Edlow’s own position may now be in jeopardy.

DHS’ self-inflicted chaos shows the danger of relying on acting officials. DHS should be run by someone who goes through the vetting and confirmation of the Senate.  These checks and balances are essential to the installation of appropriate leadership of our immigration agencies.