As Trump Slashes All Immigration, Other Countries Open Their Doors 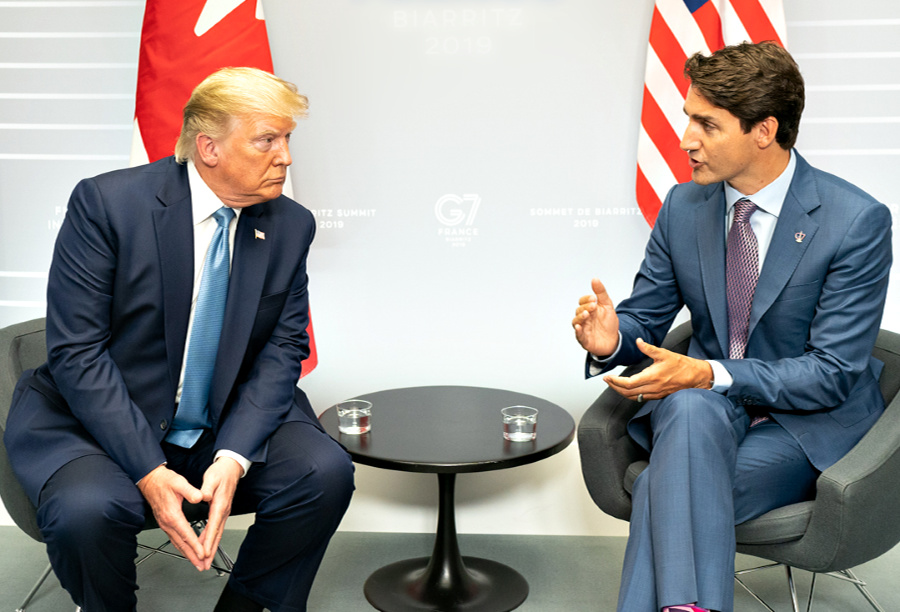 The Trump administration has worked to close the door on all types of immigrants—including people trying to come to the United States on visas. Consequently, the United States is experiencing a severe drop in legal immigration. Other nations like Canada are picking up the slack and reaping the benefits.

Between fiscal year 2016 and 2018, legal immigration to the United States declined by 7.3%—a drop of nearly 87,000 in 2018 as compared to 2016. Most of this decline is because far fewer people are granted green cards in the “Immediate Relatives of U.S. Citizens” category. This category includes the spouses, children, and parents of citizens. Admissions in this category were down by more than 15% over the two-year period.

The greatest decline occurred among immigrants from China, which was down more than 20%. South Korea, Vietnam, the Philippines, and Mexico also experienced significant decreases. Those ranged between 19% and 7%.

Higher rates of visa denials and longer processing times are the root of these delays. These issues have only gotten worse under Trump administration policies.

All applicants for employment-based immigration, for instance, must now be interviewed in-person. This has caused large processing delays. Heightened screening of people wishing to immigrate has triggered an increase in both delays and denials.

As it becomes more difficult for immigrants to come to the United States, other nations have adopted a more welcoming approach.

For instance, Indian scientists and engineers are increasingly heading to Canada. In fact, the number of Indians receiving permanent residence in Canada more than doubled between 2016 and 2019, rising from 39,340 to 80,685.

One reason so many Indians are going to Canada is the increasing difficulty of obtaining an H-1B high-skilled temporary work visa in the United States. The denial rate for H-1B petitions for new employees was 24% for the first three quarters of 2019. That rate was at 6% in 2015.

Even those already working in the United States are having their applications denied at higher rates. The denial rate for H-1B petitions for “continuing employment” stands at about 12% under the current administration. This is compared to only 3% in 2015.

The Canadian government has set out to increase legal immigration to the country. They’re picking up highly skilled workers who might have otherwise come to United States as a result.

Indians wanting to come to the United States as permanent immigrants rather than temporary workers face another daunting challenge: wait times of years or even decades due to the per-country immigration limits imposed under U.S. law. Again, Canada might appear to be a more attractive option.

As Canada makes clear, talent will go elsewhere if the United States continues to close its doors. And that would represent a tremendous loss for our society, culture, and economy.