Where Does Trump Get the Money to Build the Border Wall? Not From Steve Bannon 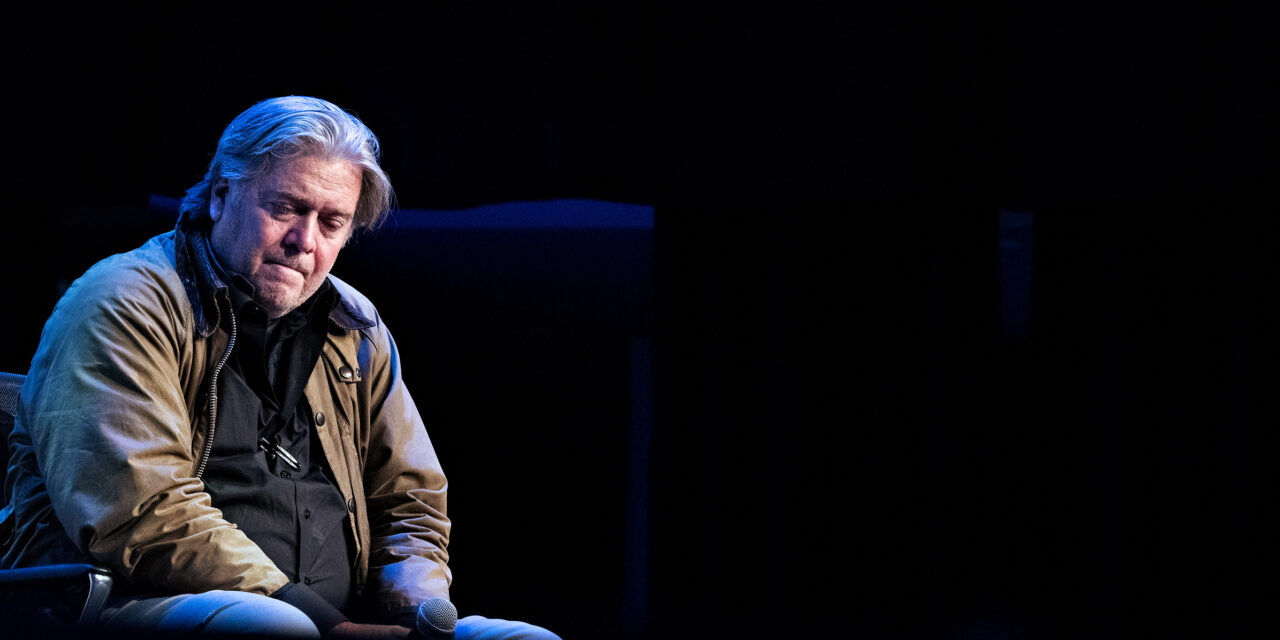 Over 250,000 Americans donated a total of $25 million to the “We Build the Wall” campaign, a crowdfunding effort led in part by former White House Adviser Steve Bannon. The campaign alleged that all funds collected would go directly toward erecting a wall on the U.S.-Mexico border.

An 18-foot high, half mile-long steel barrier did go up on private property in New Mexico last year—but it was built without the necessary permits and blocked access to a federally-owned dam.

According to federal prosecutors, Bannon and three associates siphoned off most of the donations to enrich themselves. Prosecutors allege that they used the money to buy yachts and luxury cars. They were arrested August 20 on charges of conspiracy to commit wire fraud and conspiracy to commit money laundering.

President Trump has promised to build a wall—with no cost to the American taxpayer—along the U.S.-Mexico border for years. At first, he claimed Mexico would pay for it directly. Most recently, he said the Trump administration will impose a “toll” on cars crossing into the United States from the Mexico side.

Yet these promises about financing construction of the wall—whether through the Mexican government or a crowdfunding scheme—have come up short. So how does President Trump get the money to build the wall?

The mixture of fencing, beams, and concrete cuts through a lot of privately-owned land in Texas. Much of this construction requires the government to seize land from individual landowners. The expense to do so makes up part of that $25 million.

The terrain along the border also makes construction difficult and expensive. Much of the terrain is prone to erosion—and even flooding—that ups the engineering and construction costs.

Hidden expenses such as lawsuits against landowners and routine maintenance also rack up the cost beyond the $25 million figure.

Much of the construction that has happened to date has been paid for through a diversion of funding from the Pentagon and U.S. military.

President Trump diverted $3.6 billion in funding from the Pentagon’s budget for Fiscal Year 2019. Pentagon officials said the administration canceled 127 military projects as a result of the lost funds.

Canceled projects included the construction of a cyber-operations facility in Virginia and over $400 million worth of construction projects to help rebuild Puerto Rico in the aftermath of Hurricane Maria.

The administration also diverted an additional $7.2 billion from the Pentagon in 2020. This brought the total amount of funds diverted from the Department of Defense to $18.4 billion over Trump’s presidency.

While the federal government has built nearly 300 miles of wall along the southern border in recent years, most of this has replaced old structures. As of early August, the administration had built just five miles of the wall in areas where barriers did not previously exist.

There have been legal challenges to Trump’s efforts to divert military funding for the wall, but so far, the Supreme Court has let the construction continue.

Five years after announcing his commitment to build the wall, Trump has yet to fulfill that promise. The latest episode with Bannon underscores the lengths the president and his associates will go to maintain the illusion of that promise. Even if the result is a costly, ineffective, and mostly symbolic wall.