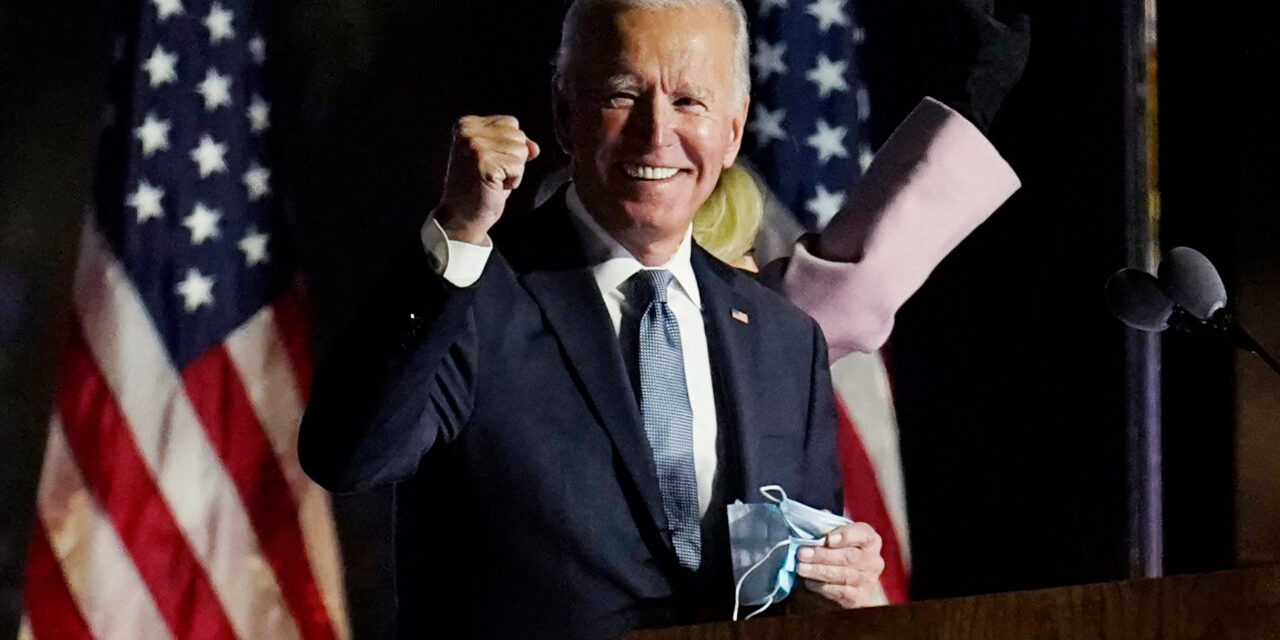 America turned a corner today. We not only installed new leadership, but these leaders set a distinctively new tone for the next four years.

A president is a political and policy leader, but he or she is also our conductor-in-chief, coordinating the timing and performance of government agencies and setting the direction and tempo of our public discourse.

On January 20, Joe Biden, the freshly inaugurated 46th president of the United States, spoke with a dramatically different timbre than his predecessor—one filled with humility, empathy, and commitment to service and country. He acknowledged the many challenges we face and asked for our help to rise to meet them.

“We must end this uncivil war that pitches red versus blue, rural versus urban, conservative versus liberal,” Biden said, because we have “much to repair, much to restore, much to heal, much to build, and much to gain.”

There is no doubt he is going to lead by example, and leading by example matters. Improving the tone of our discourse is a critical ingredient to a functioning democracy. If anyone was unconvinced of the power our words carry and our leaders’ role in calling us to our better or worse selves, the insurrection on January 6 was the final proof.

There is a critical need in this country to move our public debates away from the rancor of zero-sum thinking that pits us against each other. Instead, we must move our conversations—whether about immigration, public health or the economy—toward our shared struggles and common aspirations.

Biden’s call for national unity is more than a feel-good proposition. It’s foundational to solving our national problems and ensuring accountability, and that includes addressing extremism and white supremacy.

Biden said, “I know speaking of unity can sound to some like a foolish fantasy these days. I know the forces that divide us are deep and they are real. But I also know they are not new. Our history has been a constant struggle between the American ideal that we all are created equal, and the harsh, ugly reality that racism, nativism, fear, demonization have long torn us apart.

“We can join forces, stop the shouting, and lower the temperature. For without unity, there is no peace, only bitterness and fury. No progress, only exhausting outrage. No nation, only a state of chaos. This is our historic moment of crisis and challenge, and unity is the path forward.”

There is much work to be done as disagreement about who matters and who belongs in America persists. These problems cannot be solved quickly enough. However, our progress will be slow if we do not rebuild some common ground and rules for constructive engagement.

President Biden seeks unity not to gloss over injustice or to ignore those things that are unfair, but because he understands that if disagreement leads to disunion, then the conversation ends.

As the poet Amanda Gorman said, “Being American is more than a pride we inherit, it’s the past we step into and how we repair it.”