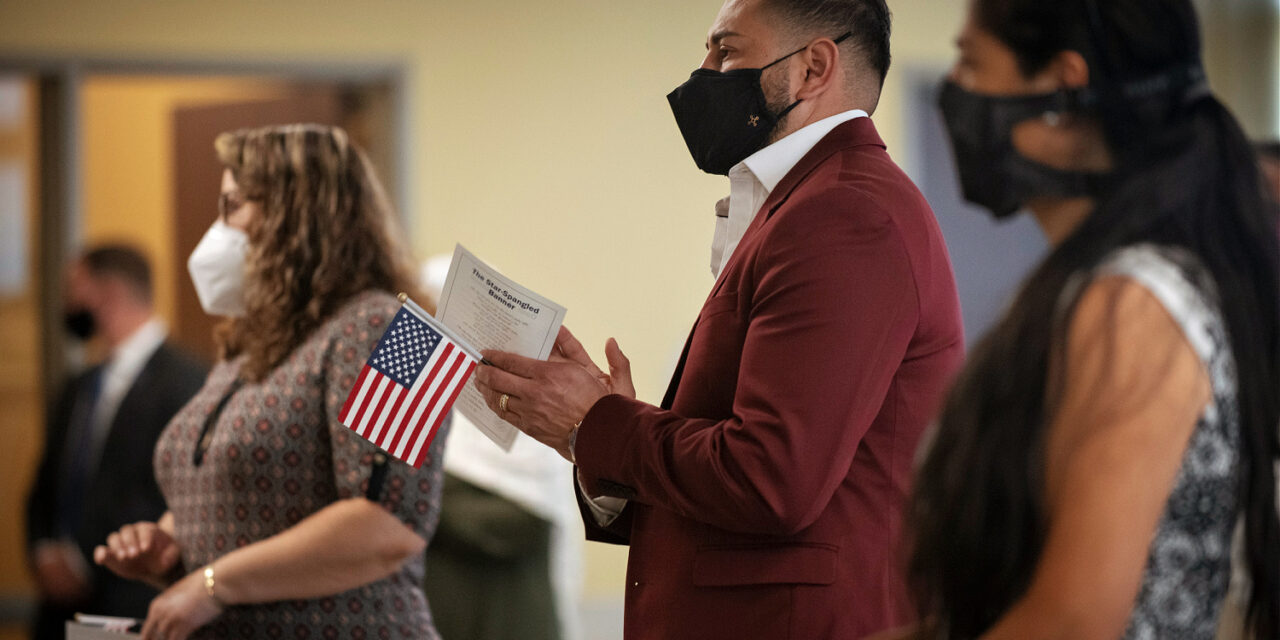 Individuals hoping to become a naturalized American citizen will take a different civics test beginning this week, as U.S. Citizenship and Immigration Services (USCIS) reverts back to a previous version of the test.

USCIS has scrapped a 2020 version of the U.S. citizenship test implemented during the final months of the Trump administration. The test applied to naturalization applications filed after December 1, 2020. Its replacement—the 2008 version of the test—began appearing again in naturalization interviews on March 1, 2021.

The Trump-era version added 28 new questions that immigration advocates and attorneys criticized for being overly complicated and confusing, especially for people who do not speak English as their first language. It was seen as another attempt by the former administration to keep immigrants from obtaining U.S. citizenship.

In announcing the decision to resume the 2008 test, USCIS said:

The Trump administration’s test was also criticized for its inaccuracies and politicization. For example, the test asked “Who does a U.S. senator represent?” The answer in the Trump version of the test was limited to “citizens of their state.”

The 2008 version had correctly identified the group to be “all of the people of their state,” which includes undocumented people and noncitizens living in senators’ states.

Any immigrant who “erroneously” believed their state’s U.S. senator represented them and their interests prior to naturalization would have been wrong—according to the test launched under the Trump administration.

Advocates were also concerned about how the test was developed. For the previous version, the government consulted with more than 150 organizations, including educators, historians, and English as a second language experts over a seven-year period before launching the test. Volunteers also took the test to ensure it was challenging but passable.

The Trump administration was not as transparent or thorough during the development of its citizenship test. According to the Migrant Policy Institute:

“[Trump administration officials] explained that they had received input from ‘experts in the field of adult education’ and that they tested it with an undisclosed number of volunteers during the summer of 2020.”

The Biden administration’s decision to revert back to the 2008 citizenship test is a definite step in the right direction. To be a nation that embraces people who want to invest their futures here, U.S. citizenship should remain inviting and accessible—not restricted by political gatekeeping.