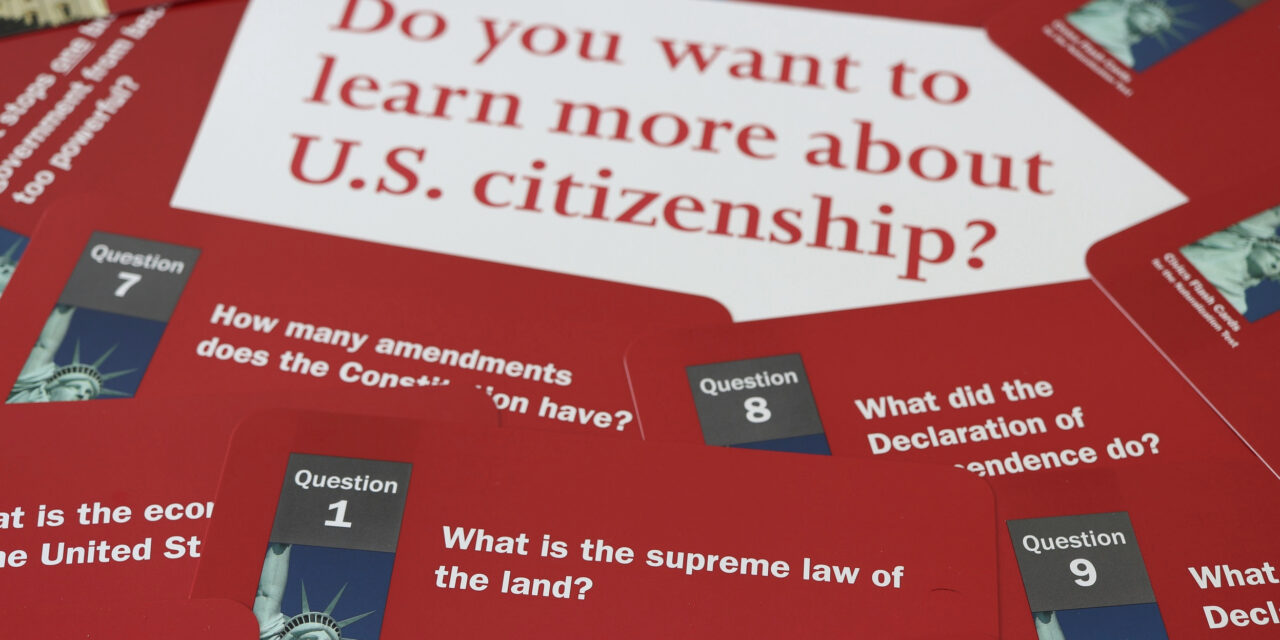 The new test increases the total number of questions from 100 to 128. Applicants will be verbally asked 20 questions and must answer at least 12 correctly, up from six out of 10.

A longer and more challenging test will likely prevent some immigrants from becoming citizens. It will also delay the citizenship process for hundreds of thousands more who are already waiting in months- or years-long backlogs.

Some of the questions have been made explicitly more difficult—even though there’s no evidence the old test wasn’t challenging enough.

USCIS says one of the goals of the new test is to ensure applicants learn more about civics and history and aren’t simply learning names and dates.

For example, the old test asked, “What do we call the first ten amendments to the Constitution?” The new test asks, “What does the Bill of Rights protect?”

Similarly, the old test asked, “Who is ‘the father of our country?’” while the new test asks, “George Washington is famous for many things. Name one.”

Some New Questions Have a Political Slant

One question in particular raises concerns of politicization. On the old test, applicants could be asked “Who does a U.S. Senator represent?” The suggested answer was “all people of the state.” On the new test, the suggested answer is “citizens of their state.”

This is not correct. Members of Congress represent everyone who lives within their district, regardless of citizenship status. It’s been that way since the nation was founded.

The Trump administration has tried to change this through executive orders. One executive order attempted to exclude undocumented immigrants from the official 2020 Census count. Another was designed to help states draw legislative districts based on the number of citizens, not people.

The incoming Biden administration could likely reverse the changes to the test or eliminate some of the more controversial questions. While changes to the citizenship test are periodically made (the last update was in 2008), these significant and politically motivated changes will do nothing but drive up backlogs and make the citizenship process unnecessarily more difficult.