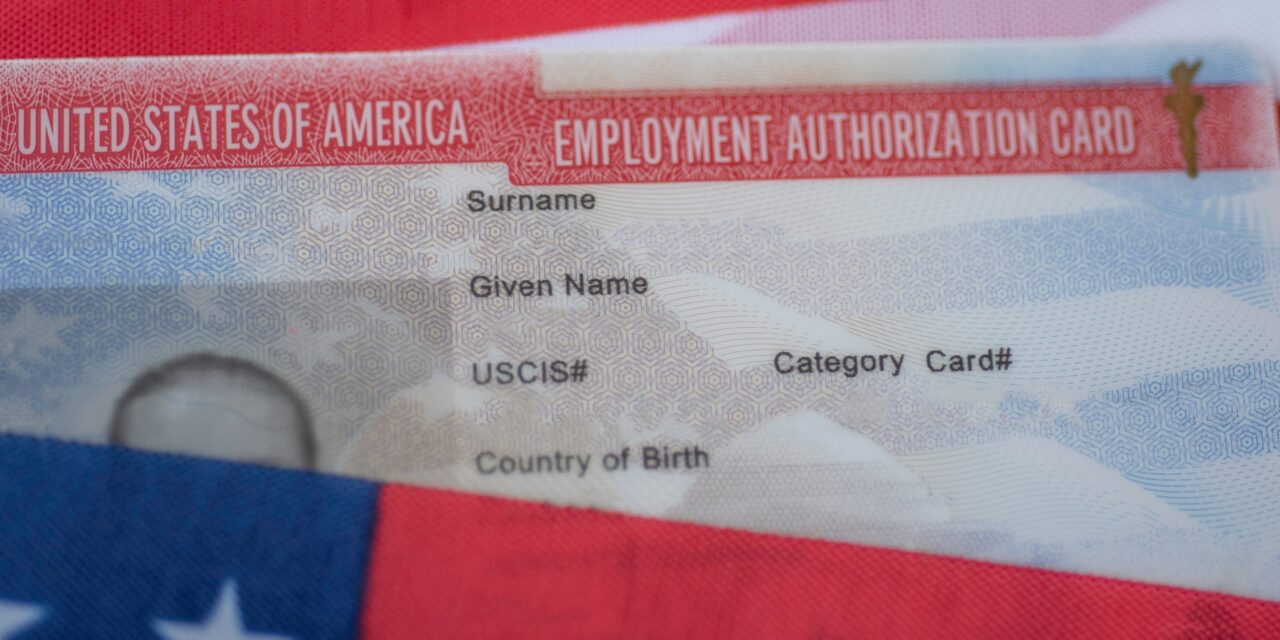 The Trump administration announced on November 17 that it plans to start denying work permits to people who have been ordered deported, but who have been released from immigration custody because they cannot—or should not—be deported. A stated purpose of this new rule, published by the Department of Homeland Security (DHS), is to encourage people to self-deport.

Rather than keep a person with a deportation order locked in immigration detention indefinitely, U.S. Immigration and Customs Enforcement (ICE) must release the person on an Order of Supervision (OSUP). An OSUP allows ICE to monitor individuals with deportation orders without holding them in jail, resulting in cost savings for taxpayers.

There are many reasons why a person with a removal order isn’t deported. Sometimes foreign countries refuse to issue a travel document or permit its citizens to return. The government cannot detain someone for an unlimited period of time in such circumstances. Once a person’s removal is not “reasonably foreseeable,” ICE must release him.

In the past, ICE has also released individuals for humanitarian reasons. For instance, ICE has chosen not to detain or deport people with complicated medical issues that can only be treated in the United States. The agency has done the same for single parents with U.S. citizen children.

Right now, people released on an OSUP can apply for permission to work. This makes sense. People released into the community need to be able to support themselves and their families for as long as they live in the United States.

But DHS wants to change that. DHS has proposed a rule that would prohibit work permits for individuals released from detention on an OSUP unless they fall into an extremely narrow exception. The new restrictions would not apply to individuals with final deportation orders granted protection in the United States.

If the rule goes into effect, work permits will be available only to people who show that they cannot be removed because all the countries DHS has contacted have affirmatively declined to issue the necessary travel documents for the individual.

This gives deportation officers power to deny people work authorization simply by requesting travel documents from as many countries as possible, even where the person has no connection to that country.

This requirement is designed to be near-impossible. Historically, countries have been unwilling to issue such affirmative statements in writing.

And even those who are eligible for employment authorization will not be able to renew their work permits unless they are employed by a business that uses E-Verify.

E-Verify is an online government program where employers can verify their employee’s work eligibility. But the program suffers from errors. Most importantly, the overwhelming majority of U.S. employers do not use E-Verify, and so the proposed rule would put nearly impossible employment restrictions on the few people still eligible to work while on an OSUP.

If this new rule goes into effect, this already vulnerable population—stateless people and those released for humanitarian reasons—will be forced to live life on the margins, without legal permission to work.

The government’s goal—make life so difficult for people that they deport themselves—is despicable. Many people with families to support, including those with young children, depend on the ability to work. The unbearable hardships DHS would be imposing through this regulation will have widespread ramifications.