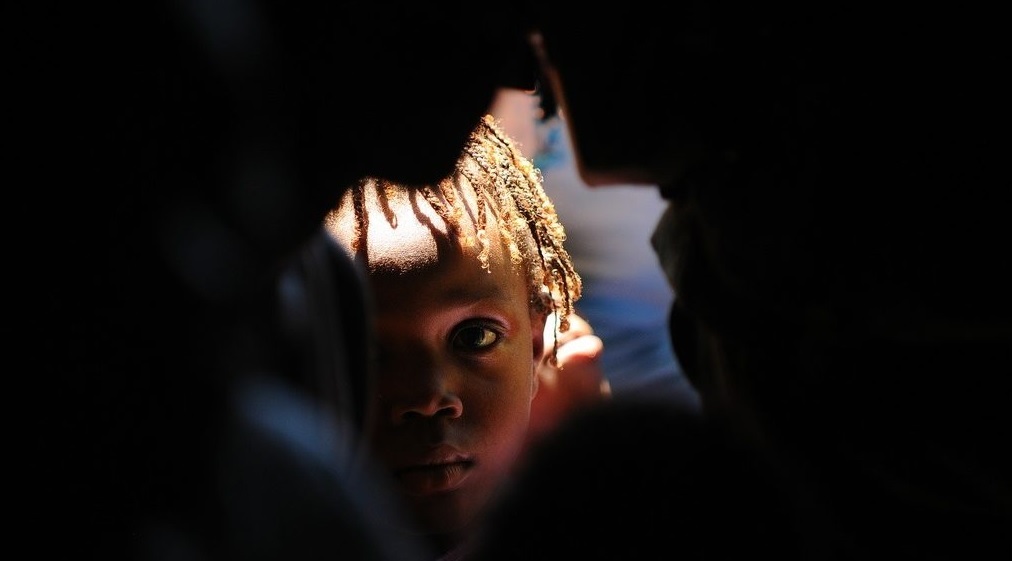 For years, the Trump administration has argued that limited capacity at ports of entry led to its policy of turning back asylum seekers at the U.S.-Mexico border (the “turnback policy”). But a recent amicus—or “friend of the court”—brief filed in a lawsuit challenging this policy argues that the true justification is racial hostility.

In the lawsuit, Al Otro Lado, et. al., v. Wolf, plaintiffs argue that the administration’s motivation for the turnback policy is a desire to deter asylum seekers from coming to the United States.

This amicus brief—filed on behalf of the Haitian Bridge Alliance, the Institute for Justice & Democracy in Haiti, and immigration scholars—helps explain how the historically discriminatory treatment of Haitian and Black migrants informs current policy choices, including the treatment of asylum seekers, who are largely Black, Indigenous, and other people of color.

Many trace the turnback policy to the arrival of a large number of Haitians in Tijuana, on the U.S.-Mexico border, in May 2016. In response, U.S. Customs and Border Protection (CBP) applied a practice known as “metering” to the Haitian migrants.

When metering, CBP officials refuse to process certain noncitizens, including asylum seekers, when they arrive at the border, instead making them wait in Mexico until some future—and often unspecified—date.

The metering of Haitians in May 2016 was not the first—nor would it be the last—time that Haitians and other Black migrants were discriminated against in U.S. immigration policy. The brief puts the turnback policy in the context of discriminatory immigration laws.

This history started with the first U.S. naturalization law in 1790, which only allowed “free white person[s]” to become U.S. citizens through naturalization. It took nearly 100 years and the passage of the 14th Amendment—guaranteeing equal protection under the law—before the law was amended to include persons of “African nativity and . . . descent.”

The amicus brief also describes repeated previous attempts by the U.S. government to keep Haitians from seeking protection in this country. These policies involved both preventing Haitians from making it to the United States and making life more difficult for them here.

For example, the U.S. government formed the Mass Immigration Emergency Plan in 1983 after Haitians began coming to the United States in large numbers. This plan created 10,000 beds for immigration detention purposes. Prior to the 1980’s, the government rarely detained people for immigration violations.

Haitians detained under the new plan took their cases to court. A federal court found that “more Haitians are being detained and for longer periods of time than non-Haitians.” The court also found that non-Haitians had a better chance of being released at the border with a date to check-in with immigration authorities than Haitians.

Recently, the Trump administration ended the Haitian Family Reunification Parole Program and Temporary Protected Status for Haitians, which provided temporary immigration relief to those impacted by the devasting 2010 earthquake in Haiti. It also removed Haiti from the list of countries whose citizens could participate in certain temporary U.S. work visa programs.

“The indisputable common denominator for this disparate treatment of Haitians and Africans is the color of their skin,” the brief argues. It has nothing to do with “capacity constraints, or even on the legitimacy of migrants’ asylum claims” but is based on the Trump administration’s exclusionist agenda, “perpetuating racist and xenophobic opposition to Haitian and Black migrants.”

Following the metering of Haitians in the summer of 2016 in Tijuana, metering and similar practices spread to ports of entry across the U.S.-Mexico border. These practices were applied to asylum seekers regardless of nationality, though largely still Black, Indigenous, and other people of color.

Part of our nation’s struggle with its history of systemic racism is recognizing and addressing the past. For migrants of African descent, particularly Haitians, our past includes disproportionate detention rates,  higher bonds, a higher percentage of family detention, and “among the highest asylum denial rates, when compared to their non-African peers,” the brief’s authors write.

We cannot ignore these realities as we seek justice and understanding of our current immigration law and policy.