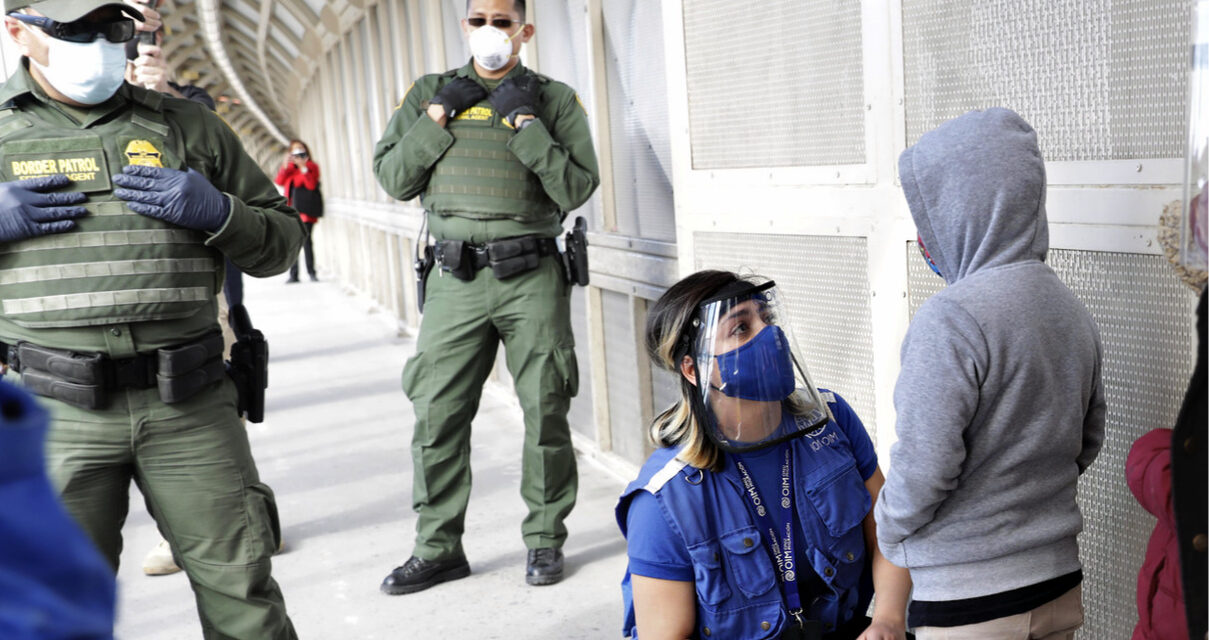 Since 2013, the government has struggled to respond to increasing numbers of unaccompanied children arriving at the U.S.-Mexico border. After disastrous Trump administration policies left unaccompanied children detained at the border for weeks at a time, the Biden administration is facing its own challenges to accommodate an increasingly large number of arrivals at the southern border.

Over 300 unaccompanied children have been arriving per day since late February, rivaling the record numbers from 2019. Despite these difficulties, the Biden administration can and should make a clean break from the previous administration’s cruel and inhumane border policies.

The United States is fully capable of meeting this challenge and should do so in the best interest of these children.

The problems that the Biden administration face are not new. When unaccompanied children arrive at the border, they are first held in the inhumane conditions of Customs and Border Protection (CBP) custody. Legal protections for children then require their transfer to Office of Refugee Resettlement (ORR) custody within three days.

But when ORR placements are not immediately available, CBP ends up holding children beyond the 3-day deadline. In 2018, during family separation, a government watchdog found that 30% of children were held in CBP custody for longer than 72 hours.

Now, as more children keep arriving at the border, time in custody has been rising again. As of March 2, 625 children had been in CBP custody for more than 72 hours.

ORR’s network of shelters has beds for 13,000 children, but until recently that capacity was reduced due to the COVID-19 pandemic. To increased capacity, the agency is reopening two Trump-era “temporary influx shelters” and looking for locations for more. These unlicensed facilities lack many of the protections of permanent shelters.

On March 5 the CDC gave ORR permission to lift restrictions on shelter capacity. By freeing up more beds, the Biden administration hopes to avoid children being stuck in CBP custody.

Regardless of facility type, experts agree that children should spend as little time as possible in government custody. Even at licensed facilities, children have made thousands of allegations of sexual abuse and harassment. Group facilities can be retraumatizing for children who experienced violence in their home country and on the way to the United States.

When government custody is the only option, children should be placed in small, licensed, non-profit shelters or foster care. Influx shelters should be a last resort.

To reduce the time children spend in ORR custody, measures can be taken to release them as quickly as possible to family members or guardians that meet the legal protections for child safety. A positive recent example is ORR’s announcement that it would pay for a child’s flight to their destination if a sponsor’s ability to pay was delaying their release. But more measures must be taken.

CBP also separates many children traveling with non-parent family members, such as a grandparent or adult sibling. In many cases these relatives have been raising the child for a parent who is deceased or living in the United States. To minimize the number of children rendered unaccompanied, efforts should be made to decrease these separations when there is no reason to believe the child is in danger.

Secretary of Homeland Security, Alejandro Mayorkas, recently announced that ORR would send staff directly to the border as soon as children enter government custody to expedite the sponsorship process.

This deployment can also be used to avoid separations. If ORR staff process sponsorship paperwork for non-parent family members while they are in CBP custody, children could be released with their relatives and avoid separation.

The Biden administration must also recognize that it cannot respond to increasing numbers of unaccompanied children in a vacuum. Secretary Mayorkas is right to say that the arrival of asylum seekers at the southern border is a “challenge,” not a “crisis.”

The United States has long processed large numbers of asylum seekers every year. Much of the capacity problem is of the United States’ own making. Trump’s anti-asylum policies created a backlog of thousands of people living in dangerous conditions in Mexico waiting to enter the United States.

The Biden administration’s continuation of one Trump-era policy has also impacted the number of children arriving alone. Under authority granted to the U.S. Centers for Disease Control, asylum seekers have been “expelled” to Mexico or other countries since March 2020 without a full deportation process.

Trump used the COVID-19 pandemic to justify the policy against the opinion of public health experts. The Biden administration stopped expelling unaccompanied children but continues to expel most children and parents traveling together. This has once again forced some families to make the impossible choice to send their children to the United States alone, where they will be safer than in Mexico or their home country.

The federal government should end expulsions at the border so that everyone can exercise their right to seek asylum in the United States. This would allow more children to enter the country with their parents, decreasing the number of unaccompanied children the government needs to house.

The safety and emotional wellbeing of children must be our first priority. In the short term, ORR should find shelter placements for children and then release them as quickly as is safe. In the long term, only a system in which families can enter the United States together to seek asylum will protect the best interests of children.