The Environmental and Cultural Risks of Resuming Border Wall Construction 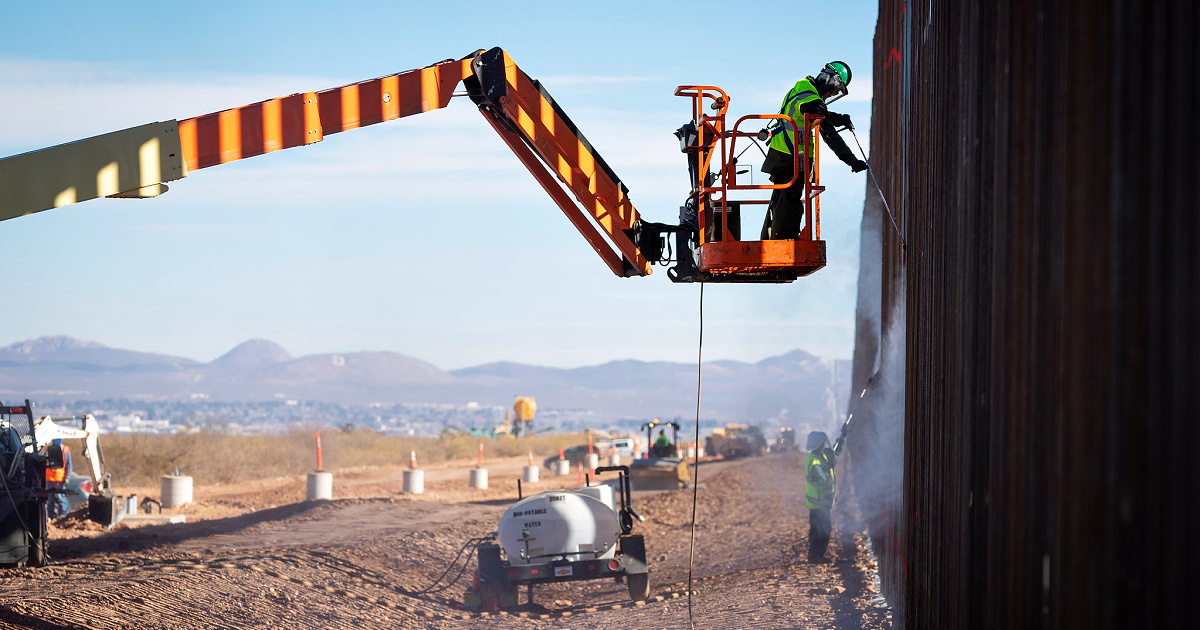 A pause on border wall construction is set to expire on March 20, without an indication of what will happen next. President Biden signed a proclamation ordering the 60-day pause on his first day in office. Any future construction would compound the cultural and environmental damage that has already been done across multiple administrations.

Biden said his administration would use the to pause to review all construction contracts and the costs of “terminating or repurposing” them. It is also assessing how else it may be able to use the $1.4 billion approved by Congress for the border wall.

The Trump administration completed 453 miles of new primary or secondary barriers. To do so, it waived dozens of laws, including the Native American Graves Protection and Repatriation Act, the Endangered Special Act, and the Safe Drinking Water Act.

Portions of the border wall have destroyed cultural sites of Indigenous people and prevent them from traveling across their ancestral lands. Twice in September 2020, Border Patrol agents responded violently to O’odham women protesting wall construction at their sacred Quitobaquito Springs. The agents yanked the women apart from each other as they held hands, knocked them over, pointed stun guns at them, and arrested two of them. The O’odham people have long faced frequent harassment and interrogations by Border Patrol.

A National Parks and Wildlife report predicted that the border wall could damage or destroy 22 archaeological sites at the Organ Pipe Cactus National Monument in Arizona. Also at risk is an over 200-year-old Catholic chapel in the Rio Grande Valley.

The border wall also creates environmental damage. It prevents animal migration, causes flooding, and mars pristine wilderness. A 2017 report listed 93 threatened and endangered species that would be harmed by the wall. Earlier this year, over 70 organizations sent the Biden administration a list of environmental sites which should be prioritized for protection.

In the final weeks before Biden’s inauguration, contractors rushed to complete as much work as possible, leaving short pieces of wall on isolated, treacherous terrain. In some places, they left deep cuts through mountains, which were intended to hold walls but have only increased erosion.

A 2020 Department of Homeland Security Inspector General report concluded that the Trump administration did not have evidence that a border wall would effectively prevent unauthorized border crossings.

Democratic members of Congress from border districts asking him to cancel all border wall contracts, remove the wall in areas of important environmental or cultural significance, and develop an environmental mitigation plan for border communities.

The Biden administration should honor its campaign promise with a permanent end to wall construction. Resources should be focused instead on undoing the harm of the Trump administration and welcome with dignity the backlog of asylum seekers at the border.