Haitian Nationals Win a Reprieve in the Form of TPS 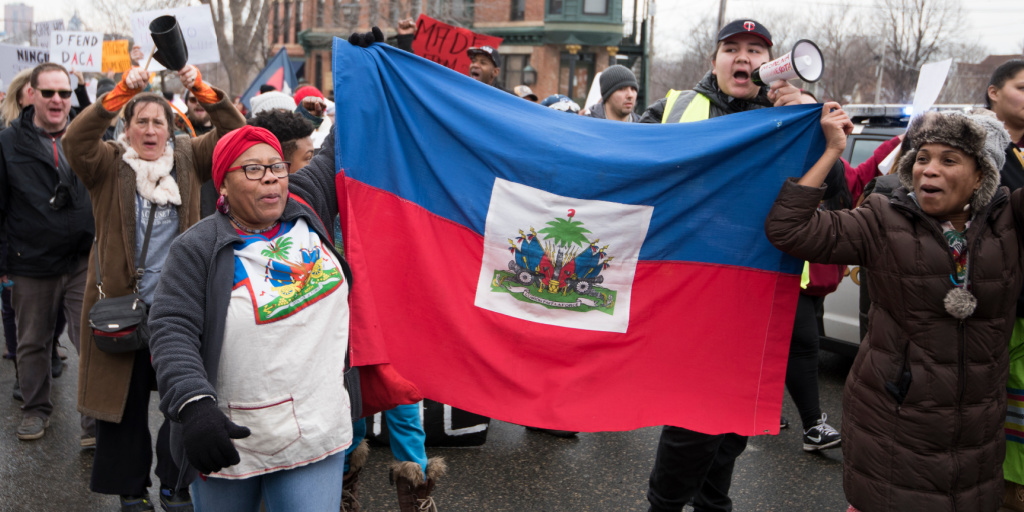 The Trump administration tried to end TPS for Haitians in 2017 but multiple lawsuits prevented it from doing so.

TPS is a temporary immigration status granted to the nationals of designated countries that are experiencing ongoing armed conflict, environmental disaster, or some other “extraordinary and temporary conditions” that make those countries unsafe. Individuals who qualify for TPS can obtain protections from deportation for as long as the TPS designation is in effect. They also receive permission to work in the United States.

Haiti was first designated for TPS in January 2010 following a catastrophic earthquake that devastated the country. The TPS designation was extended several times after that in response to other disasters, including a deadly cholera epidemic and widespread damage caused by hurricanes.

Secretary of Homeland Security Alejandro Mayorkas announced the new TPS designation for Haiti on May 22. He explained the designation by pointing out that:

“Haiti is currently experiencing serious security concerns, social unrest, an increase in human rights abuses, crippling poverty, and lack of basic resources, which are exacerbated by the COVID-19 pandemic.”

The designation allows Haitian nationals who were residing in the United States as of May 21 to file an application for TPS with U.S. Citizenship and Immigration Services (USCIS). The application must be filed within a specified registration period that will begin when the new TPS designation is published in the Federal Register.

As many as 150,000 Haitians currently living in the United States could receive TPS under the new designation.

Haitians are the latest group to benefit from the Biden administration’s restoration of TPS protections for vulnerable populations. These protections had been systematically attacked during the Trump administration. For years, Trump had tried to end TPS for the nationals of El Salvador, Nicaragua, and Sudan as well as Haiti.

Since the beginning of the Biden administration, Myanmar, Venezuela, and Syria also have been designated for TPS.

Currently, the following countries are designated for TPS:

Some of these countries only have TPS designations because efforts by the Trump administration to terminate those designations have been challenged in court. The Biden administration will have to redesignate TPS for El Salvador, Honduras, Nepal, Nicaragua, and Sudan before their current designations expire.

Many recipients of TPS have lived in the United States for decades and have families and careers that are firmly rooted in this country. As a result, they need a more permanent solution to their immigration status than the redesignation of TPS for their home countries. The Dream and Promise Act of 2021 would accomplish this by creating a pathway to U.S. citizenship for most beneficiaries of TPS. The Dream and Promise Act was passed by the House of Representatives on March 18, though its future in the Senate is uncertain.