Who Is Ed Gonzalez? Biden’s ICE Nominee Signals Few Changes for the Agency 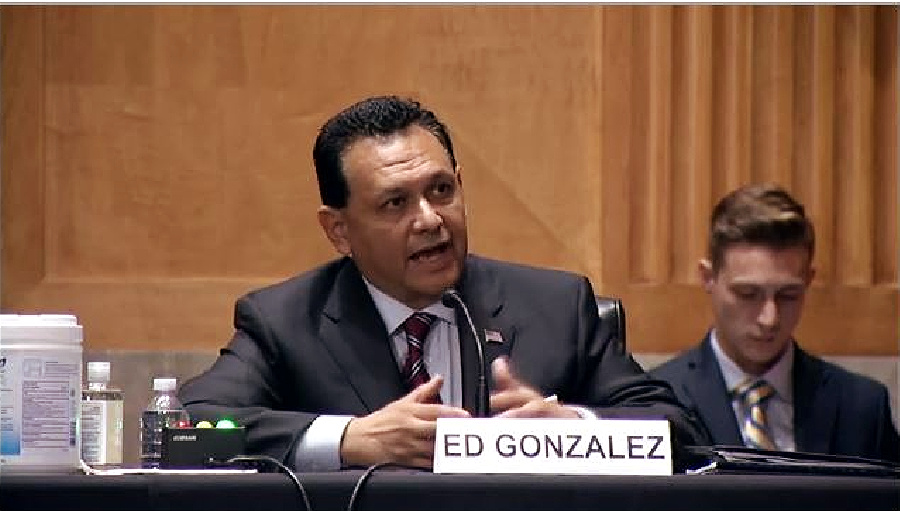 U.S. Immigration and Customs Enforcement (ICE) may soon have its first Senate-confirmed leader in nearly five years. On July 15, the Senate Homeland Security and Governmental Affairs Committee held a hearing on the nomination for the head of ICE, Ed Gonzalez, who is currently the Sheriff of Harris County, Texas.

Gonzalez’s nomination presents a unique opportunity to begin to rein in an agency that was responsible for some of the worst abuses of the last four years. Despite the significant controversies and crises that have engulfed ICE in the past years, Gonzalez signaled few major changes at ICE and expressed extensive support for the agency and some of its most controversial policies during the hearing.

If confirmed, ICE would once again have stable leadership. The Trump administration relied on acting officials throughout its entire term in office. The last nominee for ICE Director, Ronald Vitiello, withdrew his nomination in 2018 after facing opposition from ICE’s union.

Although Gonzalez comes from a law enforcement background, unlike prior ICE Directors he has not previously worked within the Department of Homeland Security. He had also previously expressed opposition to extensive cooperation with ICE, having terminated Harris County’s 287(g) agreement in 2016 on the grounds that it undermined local law enforcement’s cooperation with immigrant communities.

During the confirmation, Gonzalez pulled away from any open critique of ICE. He reaffirmed his belief in “the rule of law” and generally agreed with Republican senators that ICE should deport individuals who have committed a crime or been ordered removed. And despite repeatedly falling back on the need for enforcement priorities, Gonzalez notably declined to endorse broader principles of prosecutorial discretion beyond resource-related enforcement choices.

Enforcement priorities took up much of the debate at the hearing, with Republican senators repeatedly lambasting the Biden administration for reducing deportations and arrests after taking office. Little attention was paid to the major problems at ICE that have been documented in recent years.

Only one question, from Senator Jacky Rosen (D-NV), addressed ICE detention. Rosen drew attention to ICE’s practice of contracting with private prisons companies, which she noted has led to horrific scandals including unwanted hysterectomies and a detention center employee fired for white supremacist beliefs. Gonzalez did indicate that he believed the “health and safety of our facilities is paramount,” but did not express any urgency at ensuring such issues are addressed.

Near the end of the hearing, Gonzalez was asked by Senator Scott (R-FL) how he would define “success” at ICE. In response, Gonzalez declared that he “would like to see where we become a strategic agency, a preeminent law enforcement agency that works effectively,” one which prioritizes enforcement, and one which engages with the community.

Gonzalez’s answer suggests he views the next four years as a chance to make ICE bigger and more efficient at deportations, while also becoming slightly more humane as a side effect.

Years of abuses at ICE have shown that big change is needed. Despite the need for more significant measures, at his confirmation hearing Gonzalez seemed to suggest he wants mostly more of the same. If true, this represents a significant missed opportunity to chart a new way forward on immigration enforcement in the United States