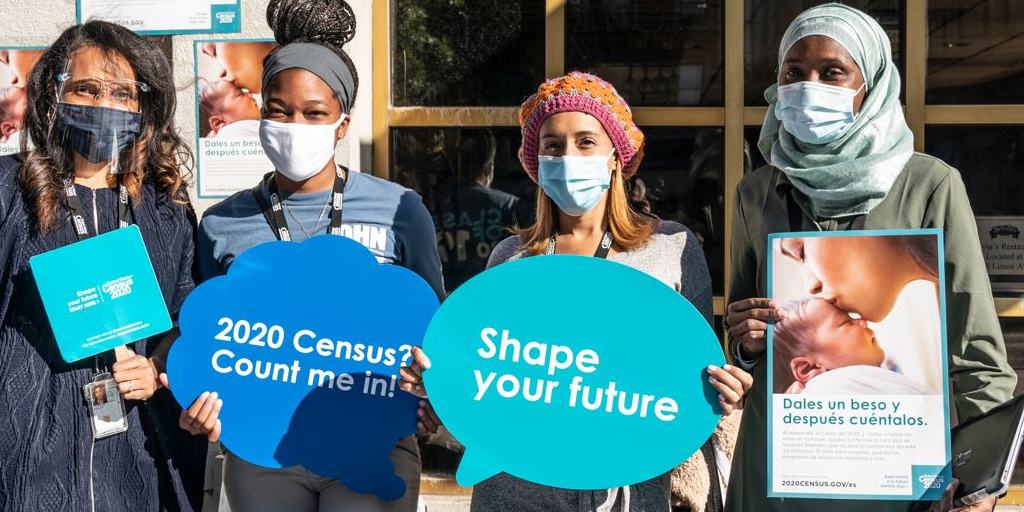 Demographers have known for decades that the United States is well on its way to becoming a predominantly multi-racial and multi-ethnic society. New data from the 2020 Census reveals how rapidly that transformation is taking place.

These trends should serve as a warning to politicians who rely on racist and xenophobic rhetoric to exploit the unease that many native-born, non-Latino whites feel about these demographic changes. Politicians who encourage fear of immigrants and minorities are playing to a shrinking base. Meanwhile, the number of Americans who come from minority or immigrant backgrounds continues to grow.

(The Census Bureau cautions that some of the differences between the results of the 2010 census and the 2020 census reflect improvements that were made in how race and ethnicity were measured in the 2020 census.)

The new data, as summarized by the Census Bureau and analyzed by The Brookings Institution, highlights several important demographic trends.

In 2020, more than two-fifths (42%) of people in the United States were people of color—meaning that they identified as belonging to a racial or ethnic category other than non-Latino white-only. This number has been increasing for decades. People of color accounted for 36% of the U.S. population in 2010 and 31% in 2000.

Between 2010 and 2020, the growing number of people of color accounted for all population growth in the United States. The largest increases were in the number of people who identify as Latino (up by 11.6 million), multi-racial (up by 7.6 million), and Asian American (up by 5.2 million).

The trend toward more people of color and a smaller non-Latino white-only population is more pronounced among the nation’s youth. In 2020, people of color accounted for 53% of all young people in the United States under the age of 18.

These demographic trends carry important political implications. As the non-Latino white population continues to shrink, fewer and fewer Americans are likely to be swayed by politicians who rely on anti-immigrant and anti-minority rhetoric.

More than one-third of Latinos in the United States are immigrants and one-third are the U.S.-born children of at least one immigrant parent. Nearly three-fifths of Asian Americans are themselves immigrants. Though groups don’t vote as a monolith, it is unlikely that the rising numbers of Latinos or Asian Americans will be drawn to anti-immigrant political rhetoric that demonizes them and their families.

Similarly, Latinos, Asian Americans, and multi-racial Americans are unlikely to follow politicians who push the narrative that native-born, non-Latino whites should feel threatened by Americans who belong to minority groups.

There are still many politicians in the United States who are either trying to rise to power or cling to power by encouraging native-born white Americans to fear and hate immigrants (especially non-white immigrants) and minority groups. But as the last few decades-worth of census data illustrates, these politicians and their followers are fighting a losing battle. The United States is becoming an increasingly multi-racial and multi-ethnic society—and no amount of hateful rhetoric is going to change that fact.