Fact Check: Migrants Aren’t the Ones Smuggling Fentanyl Into the United States 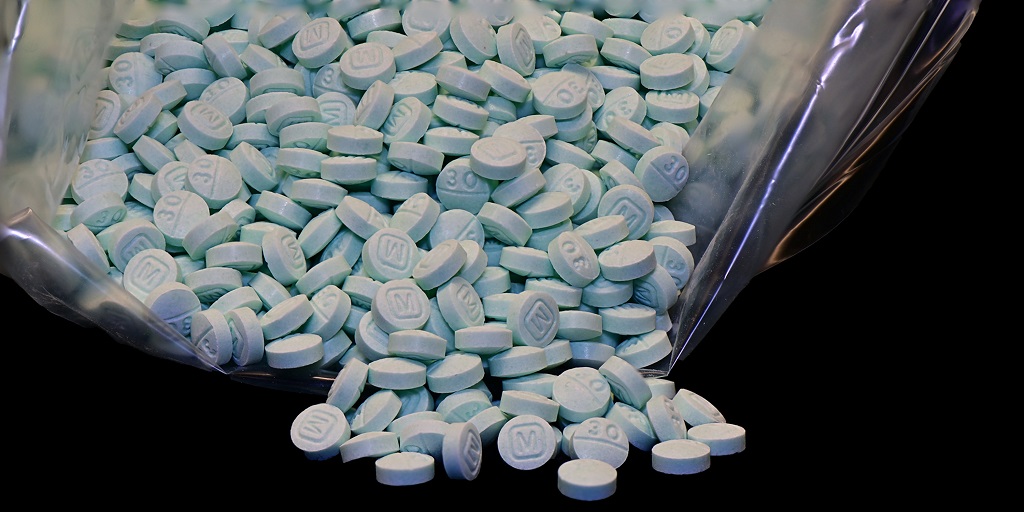 There is no doubt that fentanyl is a major problem inside the United States. Over the last decade, rising availability of fentanyl has caused a spike in overdose deaths across the nation. In 2021, almost 90% of opioid overdose deaths were linked to fentanyl.

The criminal networks that produce and distribute fentanyl are vast and hard to pin down. But when it comes to getting their products into the United States, one thing is clear: it’s not migrants bringing it across in backpacks, it’s mostly U.S. citizens and truckers smuggling it into the country through legal ports of entry.

When fentanyl first began to emerge as a problem in the last decade, the primary source was China, and the primary method of smuggling was the U.S. postal service. But after China cracked down on the sale of fentanyl pills, Chinese suppliers instead began producing fentanyl precursor chemicals and exporting them to Mexico. The cartels would then manufacture the final product.

Once fentanyl is produced in Mexico, it is then smuggled into the United States primarily through ports of entry. The Drug Enforcement Agency says that “the most common method” of smuggling fentanyl into the country is “through U.S. [ports of entry] in passenger vehicles with concealed compartments or commingled with legitimate goods on tractor-trailers.” Top officials at ICE’s Homeland Security Investigations testified earlier this year that “We predominantly see the drugs coming in through the ports of entry.”

In order to smuggle fentanyl through a port of entry, cartels hire primarily U.S. citizens, who are the least likely to attract heightened scrutiny when crossing into the United States. In 2018, 77% of all people sentenced on federal drug trafficking crimes were U.S. citizens. For example, five out of five drug busts over a single recent weekend at the El Paso port of entry involved a U.S. citizen.

The government’s own statistics bear this out. 95% of all fentanyl seized by U.S. Customs and Border Protection (CBP) in Fiscal Year 2021 occurred at a port of entry or a Border Patrol vehicle checkpoint. And most of the Border Patrol seizures that occurred outside of the checkpoint context involved vehicle stops, often involving cars driven by U.S. citizens.

For example, on August 24, the Tucson Sector Border Patrol stopped a car driving on a highway and found 187 pounds of fentanyl worth $4.3 million concealed in the vehicle. The drivers were U.S. citizens, who were likely trying to avoid a checkpoint. The fentanyl seized in this incident was seemingly the only fentanyl seized by Border Patrol that week. Meanwhile, just two days earlier, a single seizure at the Nogales port of entry stopped 104 pounds of powdered fentanyl and 1.27 million fentanyl pills.

Similarly, when the American Immigration Council analyzed every press release from CBP that mentioned fentanyl over a six-month period, the data was even more clear; out of 89 seizure events that the agency touted, just 3 involved undocumented immigrants.

Despite overwhelming evidence that the vast majority of fentanyl smuggling involves U.S. citizens smuggling it into the country for U.S. citizens to consume, a recent analysis of Republican campaign messaging for the 2022 election found that GOP politicians frequently blame President Biden’s “border policies” for fentanyl overdoses. Politicians have even claimed that rising fentanyl seizures—nearly all of which are occurring at ports of entry or during internal vehicle stops—are a result of “open borders.”

Setting aside the absurdity of attacking a president for an increase in drug seizures, the data offers no support for a link between border policies affecting migrants seeking asylum and drug seizures. Some have argued that high numbers of migrants crossing the border distracts agents from carrying out drug interdiction. If this were true, it would be visible in the data. As migration went up, seizures would go down, and when migration fell, seizures would go up. But Border Patrol drug seizure data does not bear this out, suggesting that there is no correlation between migration and opioid smuggling.

Attempts to link fentanyl smuggling to migration exist primarily to convince voters to view the southern border with fear and to stoke political support in favor of a harsh crackdown. After all, fear and anger are a potent political weapon, and who cares if reality gets in the way?