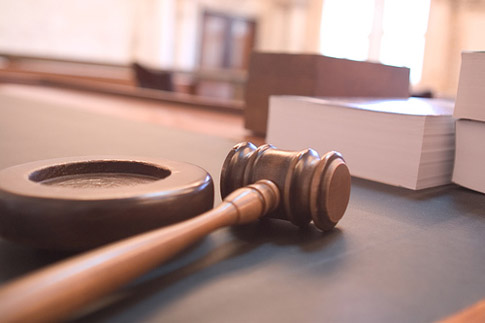 Red tape and a tightfisted judge blocked nearly 2,000 people who should’ve been able to vote this past Election Day from receiving their naturalization oath in time to register for November’s general election.  Lawful permanent residents with approved naturalization applications must take the oath of allegiance to become a U.S. citizen.

According to a new government report and immigration analysts, federal judges in some parts of the U.S. may be refusing USCIS (U.S. Citizenship and Immigration Services) requests for oath ceremonies and delaying the swearing-in of new citizens. Some USCIS district offices administer naturalization oaths themselves. But in a few districts-including New York, Los Angeles, Chicago and Detroit-only federal district courts have power to so and are then reimbursed by USCIS for all oath ceremonies they perform. Los Angeles itself received $2.4 million for the 169,799 oaths it administered in 2008. According to the Washington Post, the ombudsman for U.S. Citizenship and Immigration Services, Michael Dougherty, stated:

“…court officials denied USCIS the opportunity to naturalize persons in time to vote in the recent general elections…[and] otherwise engaged in conduct inconsistent with the letter or the spirit of the nation’s immigration law.”

It should have been no surprise that sustained attacks on immigrants, ratcheted-up enforcement, anticipation of astronomic fee increases, and an approaching national election would create a surge in citizenship applications.  However USCIS was taken off guard.  In fiscal year 2007, nearly 1.4 million naturalization applications were filed-almost double the number received the year before. In July 2007 alone, USCIS received more than 460,000 applications, a sevenfold increase over the same period in 2006. Before the surge, USCIS vowed to reduce naturalization processing times to five months.  However, with the large number of applications, some offices were taking up to 16 months.  Even though USCIS did process a record number of applications last year, we now know that some of those immigrants who applied were forced to wait for long periods of time before their applications were processed and they were sworn in as U.S. citizens – some are still waiting.

There have been longstanding complaints that applicants for citizenship face long waits, poor service, and different treatment from U.S. immigration authorities depending on which office handles their application.  Now, in addition to USCIS delays, we have to worry about the deliberate delay of naturalization oaths by the courts.  The fact that a court prevented thousands of approved naturalization applicants from voting in a historic election shows that the process has reached new lows and goes beyond USCIS.  Naturalization is an important step toward full integration into U.S. society. America should be embracing those who want to become citizens and participate in elections, not erecting barriers to achieving this worthy goal.