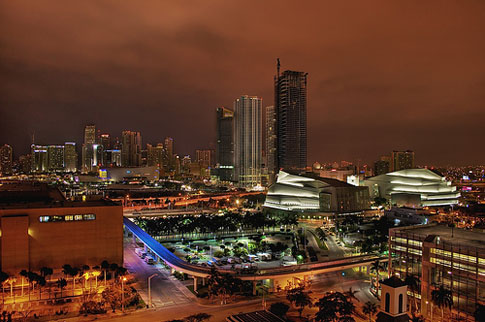 On January 29, the Federation for American Immigration Reform (FAIR)—an anti-immigrant hate group headquartered in Washington, DC—issued a press release claiming that Florida’s current budget crisis “would be lessened by ending illegal immigration costs.” In support of this assertion, FAIR argues that “the current fiscal cost outlays for the illegal alien population in Florida now amount to more than $2.8 billion annually.” However, FAIR’s estimate is rendered meaningless by the statistical chicanery used to produce it.

An examination of the 2006 FAIR report which the press release claims to be updating reveals that nearly 90% of the “$2.8 billion” estimate likely consists of K-12 education costs—and that roughly 55% of the children whose education is counted by FAIR as a “cost” are U.S.-born, U.S.-citizen children who have at least one undocumented parent. Yet these children will go on to become tax-paying “natives” when they are adult workers. Indeed, the adult U.S.-born children of undocumented immigrants are no doubt counted among the native-born taxpayers who FAIR says are being forced to pay for the education of minor U.S.-born children of undocumented immigrants. This is ironic, to say the least.

It is also clear from the 2006 report that FAIR’s latest “$2.8 billion” estimate does not account for tax payments by undocumented workers in Florida. The press release claims the 2006 report found that “the cost to the state’s taxpayers” of undocumented immigration was “$1.735 billion dollars a year”—and that the “$2.8 billion” figure is an update of that estimate. But the report in question actually counted about $920 million in taxes paid by undocumented immigrants which partially offset that $1.735 billion “cost.” And the 2006 report neglected to mention the consumer purchasing power of undocumented immigrants—what they spend on goods, services, and housing—which not only creates new jobs, but also provides federal, state, and local governments with additional revenue through sales, income, business, and property taxes.

FAIR’s latest estimate of undocumented immigration’s “cost” to Florida taxpayers ignores the fact that most undocumented immigrants are taxpayers, and that their U.S.-born children are not immigrants. Once those two inconvenient truths are taken into account, FAIR’s “cost” evaporates. Florida’s budget crisis was not caused by immigrants or children—and it won’t be solved by attacking them.