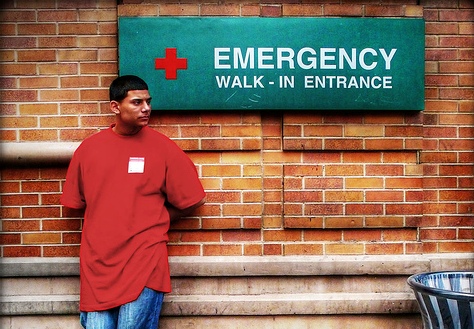 Last week, the Senate Finance Committee completed its mark up of its health care reform bill. Amendments that would have further restricted legal immigrants’ access to health care and imposed burdensome new verification requirements on everyone failed in the committee. Now both the Senate and the House have their work cut out for them as they combine various bills into one and bring them to the floor for final votes. It’s likely that we will see additional attempts to save money by cutting health care to legal immigrants. It’s also likely that more political statements about denying benefits to illegal immigrants will arise.

This week the Migration Policy Institute released a new report, Immigrants and Health Care Reform: What’s Really at Stake? This groundbreaking report provides cold hard facts about the numbers of immigrants that would be affected by the various proposals in Congress. When analyzing the dangers of denying health care coverage to legal immigrants, MPI’s report examined Census data and discovered that:

MPI finds that all the debate over excluding certain immigrants has limited value because “exclusion of recent LPRs, as well as unauthorized immigrants, from health insurance reform would leave large populations still dependent on emergency rooms, community health centers, and other public health facilities, and would discourage early detection and treatment of chronic conditions. Thus, some of the short-term cost savings from excluding some immigrants from health care reform would be lost through cost shifting to state and local providers.

These 5-year waiting periods leave vulnerable, low-income legal immigrants uninsured, requiring them to delay medical care until their condition worsens…The costs of paying for care for legal immigrants who cannot obtain Medicaid, CHIP, and Medicare fall to the states, counties, cities, and other local governments, as well as the hospitals, clinics and other safety-net providers. Hospitals will continue to incur large costs in uncompensated care. Clinics and other safety-net systems are burdened.

The MPI report is chalk full of additional facts and figures about immigrants and health insurance coverage. Unfortunately, the majority of the debate over immigration and health care reform has taken place in a “no fact zone.” Immigrant advocates know this place well—myths and misinformation are repeated and spread, while factual information that could aid good policy is largely ignored. With so many people’s health at stake, Congress can ill afford to ignore these facts.