Immigrants Pull Their Own Weight 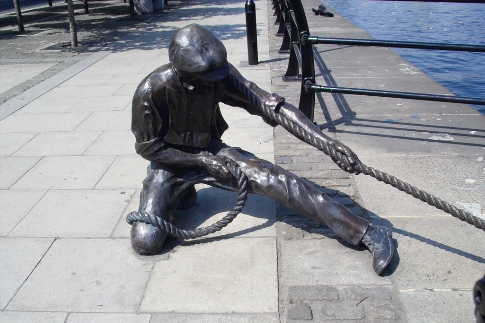 This week, the New York-based, non-partisan Fiscal Policy Institute released its long-awaited report, Immigrants and the Economy: Contribution of Immigrant Workers to the Country’s 25 Largest Metropolitan Areas. The report studies the 25 largest metro areas (by population) which produce nearly one half of the total gross domestic product of the country. It shows that in the country’s main metropolises, the share of the immigrant population stacks up neatly against their share of economic output. For example, immigrants are responsible for 20% of economic output and make up 20% of the population in these 25 metropolitan areas. In other words, immigrants pull their own weight.

However, despite reports like these that prove again and again that immigrants are good for the economy and are part of the solution to our economic woes, there are those who continue to discount their contributions.

The current recession has pushed up unemployment, prompting some to feel that sharp restrictions on immigration would help the economy. However, creating a climate that is hostile to immigrants would risk damaging a significant part of the country’s economic fabric. Immigrants are an important part of the economies of the 25 largest metro areas, working in jobs up and down the economic ladder.