How Some Houston Charities Stole Christmas…Almost 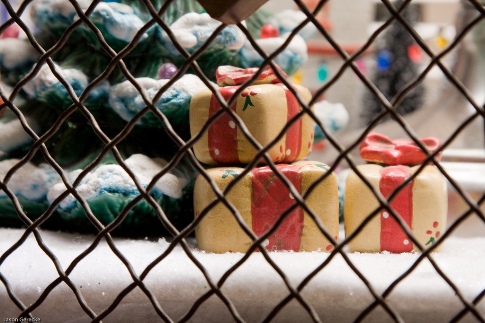 This week, the Houston Chronicle reported on several Houston area charities that distribute Christmas gifts to needy children—among them, the Salvation Army, Outreach Program Inc., and West Houston Assistance Ministries. Giving to the needy, especially during an economic recession, is truly an admirable mission—except this year the card attached reads “Immigration status, please.” After all, nothing says “holiday cheer” like demanding documentation from the needy.

According to the article, the some Houston charities are asking parents to provide some form of identification (Social Security cards, birth certificates, proof of income) to prove whether the receiving child or at least one parent is a U.S. Citizen. No status, no presents. Seem Grinch-like? That’s because it is. Outreach Program Inc. spokesperson, Lorugene Young, explains:

The point isn’t to punish the children but to ensure that their parents are either citizens, legal immigrants or working to become legal residents. It’s not our desire to turn anyone down. Those kids are not responsible if they are here illegally. It’s the parents’ responsibility.

West Houston Assistance Ministries, Sonya Scott, provided a similar explanation, citing “good stewardship” and “trust” as reasons to check documentation so that people who donate believe the charity is “doing the right thing.” But the question remains, is this really a matter of legality? Does “doing the right thing” include not giving a gift to an undocumented immigrant child in need?

Fortunately, after a small protest of parents and children outside a Los Angeles Salvation Army store, the Salvation Army said it will no longer ask parents for Social Security numbers “at some local branches” before handing out toys to children and that its intention was never to offend anyone. In a statement, the Salvation Army holds that it does not discriminate against the immigration status of children or their parent. Rather, they ask for ID to make sure families are not registering at more than one Salvation Army facility.

But again, the fact that some charities do inquire about children’s immigration status makes one wonder about the true nature of giving. Has the immigration debate been derailed so far off the tracks that children—both documented and undocumented—have effectively become collateral damage?