What Does Scott Brown’s Victory Mean for Immigration Reform? 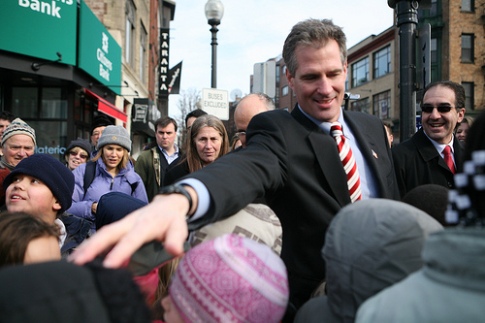 The election of Republican Senate candidate Scott Brown in Massachusetts provides an interesting twist in 2010 electoral politics. While some may argue that this loss is essentially a referendum on the current Administration and its agenda, the less dramatic but more likely conclusion is that the results were more about the candidates themselves. Democratic candidate Martha Coakley’s well-documented gaffes in the media made for entertaining fodder during a news cycle dominated by depressing news from Haiti. Her loss, while bad news for the Democrats in Congress who prefer having a filibuster proof majority in the Senate, does not necessarily derail the President’s agenda. To make wholesale assumptions that Republican Senator-Elect Scott Brown is going to automatically derail all of the President’s upcoming initiatives is not only pre-mature but impossible to determine.

New senators take weeks and even months to become acclimated to their new responsibilities and set a new agenda after hearing from their new constituents. Senator Brown’s constituents are, in no small part, made up of individuals representing a diverse range of ethnic groups from all around the world who call this historic immigrant gateway their home—just as generations of immigrants before them.

Just last year the state released one of the most aggressive immigrant integration plans in the nation, stating:

For comprehensive immigration reform (CIR) to pass, it will need support from both Democrats and Republicans, and the outcome of the Massachusetts Senate special election did not change that fact. In fact, it may be the case that this election result makes CIR even more likely.

With Senator-elect Brown facing re-election in 2012, he will have to find a way to win the hearts and minds of all residents in the state—including the more than 403,000 New American voters in Massachusetts. How Brown votes on comprehensive immigration reform will largely determine his success.