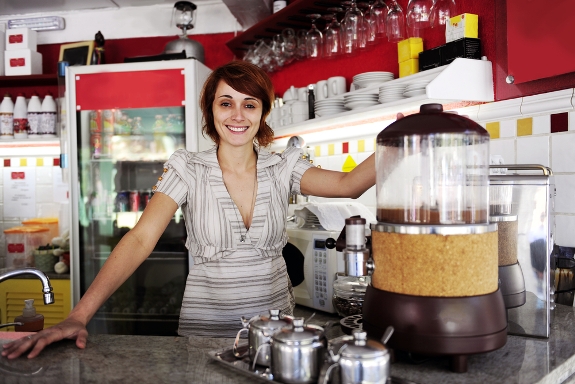 At last night’s State of the Union Address, two immigrant entrepreneurs were among the President’s guests—Japan-born Dr. Hiroyuki Fujita, founder, president and chief executive officer of Quality Electrodynamics (QED) in Cleveland, Ohio and Brazil-born Mike Krieger, co-founder of Instagram, a fast growing social mobile startup. Dr. Fijuita and Mike Krieger were rightfully recognized for their entrepreneurial drive and hard-earned success (both businesses are now worth millions of dollars), but they are just two examples of immigrants who came to this country and started businesses. There are many more unsung immigrant entrepreneurs whose U.S. businesses continue to create jobs for Americans and strengthen the U.S. economy.

Many are aware of the giants among immigrant entrepreneurs such as Sergey Brin of Google or Jerry Yang of Yahoo. But there is little recognition of the role important immigrant businesses play in neighborhood revitalization, growth businesses, and transnational businesses. A new report, Immigrant Entrepreneurs: Creating Jobs and Strengthening the Economy, released today by the Immigrant Learning Center, U.S. Chamber of Commerce and Immigration Policy Center highlights the vital role immigrant entrepreneurs play across the U.S. economy.

The report focuses on small businesses such as neighborhood storefronts—grocery stores, restaurants, gift shops and real estate firms—which make up the fabric of many neighborhoods. Immigrants are often attracted by low rents available in neighborhoods that have been blighted by economic decline. The arrival of their businesses revives commerce in these areas and provides needed goods and services for residents. As one immigrant storefront owner in Boston said:

The report also mentions growth businesses which, like many small businesses, often hatch from a living room or kitchen. The result of ambition, hard work and vision, these immigrant growth businesses have a strong presence in food and food distribution, transportation, leisure and hospitality as well as building services. One Boston-based entrepreneur, Jill Cheng, had a vision to bring Asia to the world. She began with a small collection of books in Chinese and Japanese, but with the explosion of business with China, her company (Cheng & Tsui Publishers) is now a multi-million dollar business.

Technology and science companies continue to be founded by immigrants at unprecedented numbers—leaping to 46% in venture-backed companies—as documented in a very recent study by the National Foundation for America Policy. These companies are keeping America on the cutting edge of innovation in technology and improving human health—as well as keeping America internationally competitive. Not only do these immigrant founders bring talent and skill but are also likely to have  qualities such as a willingness to take risks, a deep appreciation for the opportunities that America gives them and perseverance. Sonny Vu from Vietnam and Sridhar Iyengar, 2nd generation from India, are convinced it was their immigrant backgrounds that made it possible for them to take an idea born in a cramped Boston apartment to a $20 million American company called AgaMatrix that manufactures mobile health monitoring devices.

Immigrant-run transnational businesses are also keeping the U.S. globally competitive. These are businesses that have a “foot in both worlds” and have a variety of business relationships here in the U.S. and their homelands that provide import-export, transfer of goods and remittances across countries or special goods for specific communities groups here and abroad. Transnational businesses also help America companies understand how to do business in other countries, build bridges of communication and bring diversity to the goods and services available in America.