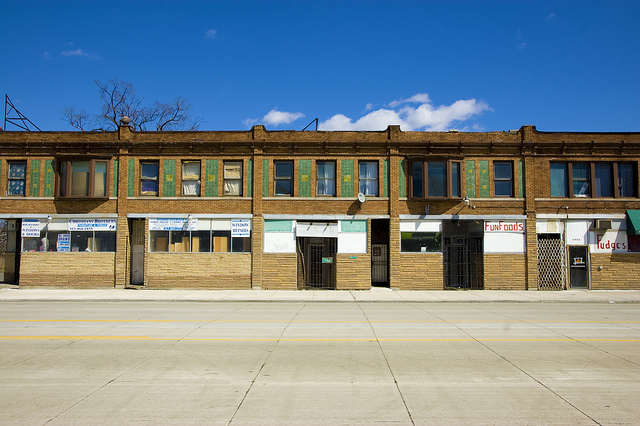 While some states pushed for punitive immigration measures over the last year—measures designed to drive immigrants away —others, like those in Michigan, were busy putting together a plan that welcomes immigrants and their revitalizing power to the state. This month, leaders in Michigan—including state Rep. Rashida Tlaib (D-Detroit) and U.S. Rep. Hansen Clarke (D-Detroit)—helped launch “Welcoming Michigan,” a statewide initiative that seeks to welcome immigrants and their entrepreneurial talents to Michigan.

A project of the Michigan Immigrant Rights Center and Welcoming America, Welcoming Michigan brings together community, city and business leaders, clergy, and charitable organizations “to raise the level of discourse around immigration” and “promote an understanding of the contributions that immigrants make to the U.S.”  Welcoming Michigan is also a partner to Global Detroit, an initiative launched last year that seeks to “revitalize southeast Michigan’s economy by pursuing strategies that strengthen Detroit’s connections to the world.”  Michigan joins 19 others states in welcoming immigrants, including Ohio whose recent “Welcome Dayton Plan” has garnered national attention as a model for other states.

U.S. Rep. Hansen Clarke (D-Detroit), whose father emigrated from Bangladesh, supports the program and wants to remind people that immigrants are an economic boon to the state—a state which faced a $767 million budget gap in 2012. According to Rep. Clarke:

“Michigan is welcoming immigrants, [but we’re] also welcoming jobs and investments, and more importantly, welcoming hope and opportunity to this country — what this city has stood for many decades and now can stand again.”

While proponents of harsh immigration laws falsely believe that forcing immigrants out of the state “will free up jobs for Americans,” Welcoming America points out that in an aging America, booting immigrants from the state means a “smaller gross state product, smaller revenue bases for the state, shrinking budgets, and smaller local markets for products and services produced in the state … a smaller population base means a poorer, weaker, and less competitive Michigan.” In fact, Standard and Poor’s Rating Service reported this week that cities with high numbers of foreign born saw tax bases grow and per-capita income increase.

Immigrants who live in Michigan are already contributing to the state’s economy. They accounted for 11% of total economic output in the Detroit metropolitan area as of 2007 and comprised 6.8% of the state’s workforce. Additionally, the U.S. Small Business Administration found that the foreign born were more than three times as likely as non-immigrants to start a new business. Last year, according to CNN Money, “immigrants created 28% of all new firms.”

Immigrants have and will continue to contribute to the U.S., both economically and culturally. Hopefully, leaders across America will recognize these contributions and adopt a more welcoming attitude. As Susan Reed, campaign organizer at Welcoming Michigan, put it:

“Being welcoming is not only the right thing to do, it’s really in all of our interest,” Reed said. “I think our goal will be met if immigrants continue to come to Michigan, make Michigan their home, start businesses here, feel welcome and feel comfortable.”