America’s Aging Crisis Will Only Grow Worse With Declining Immigration 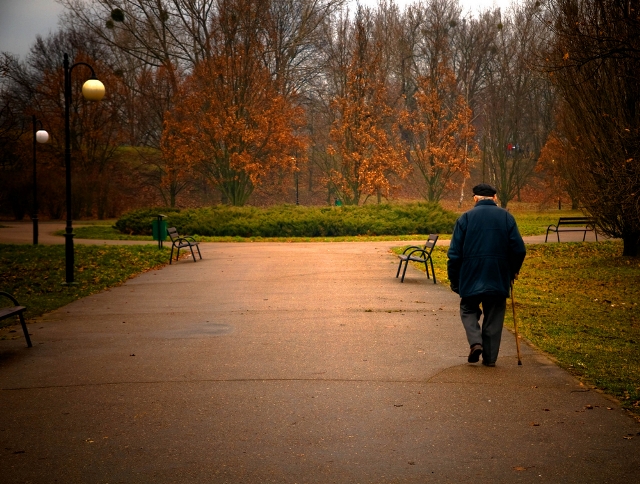 As a recent story in The Economist notes, the conventional wisdom has long been that “because Americans have so many babies and welcome so many immigrants, they had more room to deal with the coming burden of pensions and health care for the elderly.” But that is no longer the case. The story goes on to point out that “the savage recession of 2007-09 and its aftermath…have weakened those demographic advantages. America’s fertility rate has been falling since 2007, as has net immigration.” In other words, there are going to be fewer working-age, tax-paying adults to support the rapidly growing number of elderly Americans.

These sobering conclusions are based on new population projections released by the U.S. Census Bureau. In some important ways, the projections are starkly different from those released in 2008. For instance, the Census Bureau anticipated in 2008 that the United States would “reach the 400 million population milestone in 2039.” But, by 2012, that date had been pushed out to 2051. The reason for this 12-year change is that “the projected levels of births and net international migration are lower in the projections” released in 2012 than in 2008.

While some observers might welcome the news that U.S. population growth is slowing, there is little to celebrate. There may be slower growth in the number of children and adolescents and young adults, but the number of elderly Americans is growing fast. According to the Census Bureau,

“the population age 65 and older is expected to more than double between 2012 and 2060, from 43.1 million to 92.0 million. The older population would represent just over one in five U.S. residents by the end of the period, up from one in seven today. The increase in the number of the ‘oldest old’ would be even more dramatic—those 85 and older are projected to more than triple from 5.9 million to 18.2 million, reaching 4.3 percent of the total population.”

Dowell Myers, a demographer at the University of Southern California, has concluded that the rising number of senior citizens relative to the number of working-age adults “will precipitate not only fiscal crises in the Social Security and Medicare systems, but workforce losses due to mass retirements that will drive labor-force growth perilously low.” He goes on to say that, of necessity, “immigrants and their children will help to fill these jobs and support the rising number of seniors economically. At the same time, immigrant homebuyers are also crucial in buying homes from the increasing number of older Americans.” But with immigration declining, all of this becomes much more difficult.

These trends represent a profound demographic transformation that will long outlast the current economic downturn. As the Bureau of Labor Statistics has noted in its projections, the retirement of the baby boomers will slow labor force growth significantly over the coming decade, let alone 50 years from now. In short, these are trends that demand action—now.

The story in The Economist concludes that

“For politicians struggling over the deficit, these trends point to some remedies. One would be gradually to raise the eligibility age for Social Security and Medicare over coming decades, encouraging Americans to work longer. Another would be to allow more immigration. Neither would solve America’s immediate deficit problem; but they would make the long-term challenge more manageable.”

The United States is facing a future in which demand will grow for new workers to take the place of those who retire from the labor force, as well as for both highly skilled and less-skilled healthcare workers to look after the growing ranks of elderly Americans. In addition, the Social Security and Medicare programs will be called upon to serve a rapidly growing number of older Americans, which will leave American taxpayers hard pressed to fund those programs with their tax dollars.

We need new workers and taxpayers. Immigration is a powerful means of obtaining both.