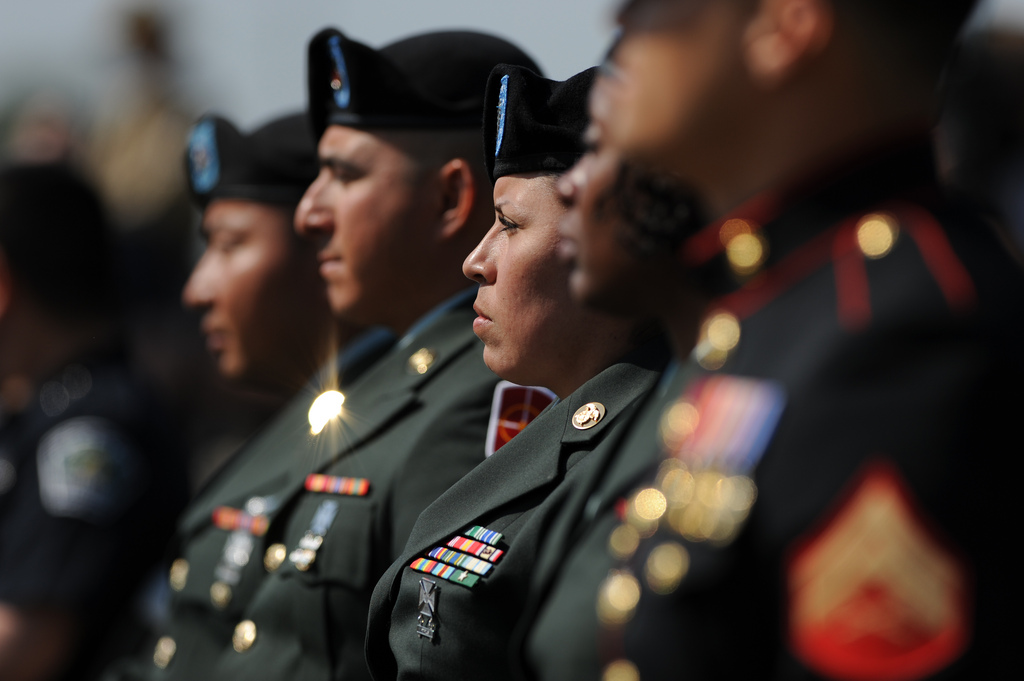 Each year, roughly 8,000 immigrants join the U.S. military, bringing linguistic skills and cultural diversity that enrich each branch of the Armed Forces. Nearly 65,000 service members have become naturalized U.S. citizens since September 2001, but there are still limits that prevent young immigrants who want to serve from doing so. In addition, there are a growing number of veterans of the U.S. military who served honorably but have still found themselves deported due to our outdated immigration laws.

In the case of young people with Deferred Action for Childhood Arrivals (DACA) who want to serve their country but are prevented by their status, proposed measures could help chip away at these barriers, but so far, leaders in the House of Representatives have blocked attempts at reform.

Rep. Jeff Denham (R-CA) offered his ENLIST Act, which would allow young undocumented immigrants brought to the U.S. as children to apply for citizenship after military service, as an amendment to the National Defense Authorization Act (NDAA). Similarly, Rep. Joaquin Castro (D-TX) proposed an amendment that would have allowed undocumented immigrants to attend the military service academies. The House Rules Committee voted against allowing floor votes on either amendment during the NDAA debate. However, despite these  failed amendments, it was reported that the Pentagon is already considering allowing immigrants with work permits through DACA to serve.

While the debate swirls around who can serve the future, there are veterans being deported because of our broken immigration laws.  Some estimates say that 30,000 former military service members have been deported since 1996. As Margaret Stock, an attorney and retired lieutenant colonel of the U.S. Army Reserve’s Military Police, explains in Roll Call, lawful permanent residents can enlist, but they can be deported if convicted of a criminal offense or otherwise violate immigration laws:

As a result of current law, hundreds of veterans…have been deported in recent years for crimes that are classified as “aggravated felonies” under immigration law; yet the term aggravated felony is a misnomer because many of these offenses are neither aggravated nor felonies. An immigration judge is not permitted to consider the individual circumstances of anyone who has an “aggravated felony” conviction. It doesn’t matter how old, minor or non-violent the offense, or if the individual has long since been rehabilitated. Such a person’s fate is sealed: He or she must be detained and deported.

Stock argues that judges should have the flexibility to consider factors such as honorable military service before deciding whether or not a veteran should be deported. That could help men like Navy veteran Howard Dean Bailey, who served honorably in the Persian Gulf War but was deported in 2010.

Immigrants show their commitment to the United States in innumerable ways, starting with the decision to leave behind their home countries in order to put down roots here. Taking the next step to give back to their adopted nation through military service is an act that should not go unnoticed. On this Memorial Day, we must also remember the contributions of our foreign born service members and veterans.