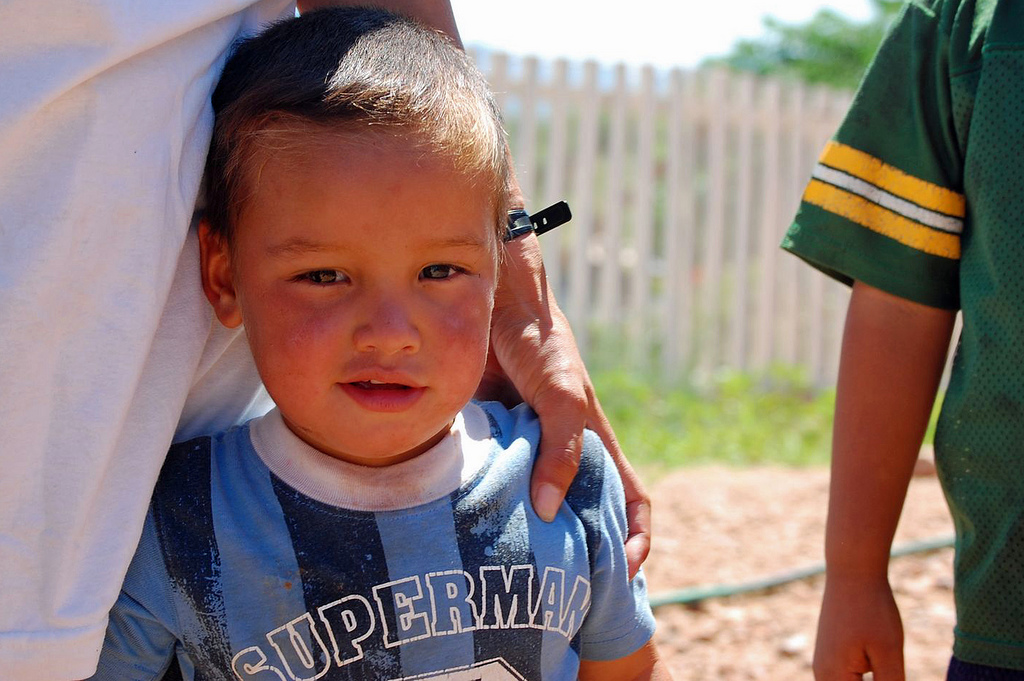 Texans Rep. Henry Cuellar (D) and Sen. John Cornyn (R) will soon introduce a bill that expedites the removal of unaccompanied children from Central America. Their measure, the Helping Unaccompanied Minors and Alleviating National Emergency (HUMANE) Act, is a legislative attempt to change U.S. policies so that children from countries like Honduras and Guatemala who make the treacherous journey to the United States’ southern border are treated the same as Mexican children who attempt to enter the U.S. But the bill is humane in name only, offering accelerated removal proceedings for children and exploiting the current humanitarian challenge as an opportunity to expand immigration enforcement at the border.

As Politico explains, Cuellar and Cornyn’s bill calls for unaccompanied children who could be eligible to make a legal claim to stay in the U.S., to prove their likelihood of eligibility for relief to an immigration judge. They would be required to do this within seven days of an initial screening by government officials. Then, the judge has 72 hours to determine whether the child will be allowed to remain in the U.S. to have their full claim reviewed. If they are found ineligible, they will be returned to their home country. An exception applies for children who state a fear of persecution, at which point they can receive a credible fear interview by an asylum officer—but only while mandatorily detained through the asylum process—a departure that goes against past policies and all general principles of caring for children. Additionally, the legislation calls for 40 new immigration court judges and specifies responsibilities for Health and Human Services (HHS), including running background checks on the children’s sponsors.

In a statement about the bill, Cornyn said the proposal “would improve the Trafficking Victims Protection Act of 2008, treating all unaccompanied minors equally and ensuring Due Process under the law in a timely, fair manner.” And Cuellar adds that it “strengthens current law protecting unaccompanied children.”

To the contrary Wendy Young, president of Kids In Need of Defense (KIND), said during a press call on Tuesday that the HUMANE Act ignores the fact that the children crossing the border are kids, first and foremost, who are being driven from their home countries by extreme violence. “Locking up kids fleeing violence is not the answer,” Young said. Instead of trying to change the current system that is fundamentally strong, she said Congress should pass a clean version of the supplemental funding request from President Obama so that the government has the resources to provide adequate care for the children and funding for immigration courts to keep up with the caseload they’re facing. Additionally, Kevin Appleby of the U.S. Conference of Catholic Bishops added, “These kids are not a threat to us. They should be treated with care and protected under our laws.”

In addition to the HUMANE Act provisions that affect the unaccompanied children, two-thirds of the bill language further expands resources to and authority of border patrol, the National Guard, and local law enforcement to remove children and other border crossers. And while it purports to address humanitarian relief, it does not add additional resources that could help HHS or other child welfare groups that would care for the children while they wait for their cases to be heard. It places children seeking asylum into an expedited removal process that in fact mandates a more accelerated, restrictive process for children than is currently applied to adults. Children have been exempted from expedited removal since its inception in 1996 precisely because the process is too short to assure that vulnerable individuals are able to fully express their fears or establish their claims.

What’s become most clear over the past several weeks is that our immigration court system is under-resourced and badly in need of funding to implement the laws and processes already put in place to screen and protect children who arrive at our border. Rather than address this need, Cuellar and Cornyn’s bill would only exacerbate the problem.