How Investing in English Language Learning Can Boost Local Economies 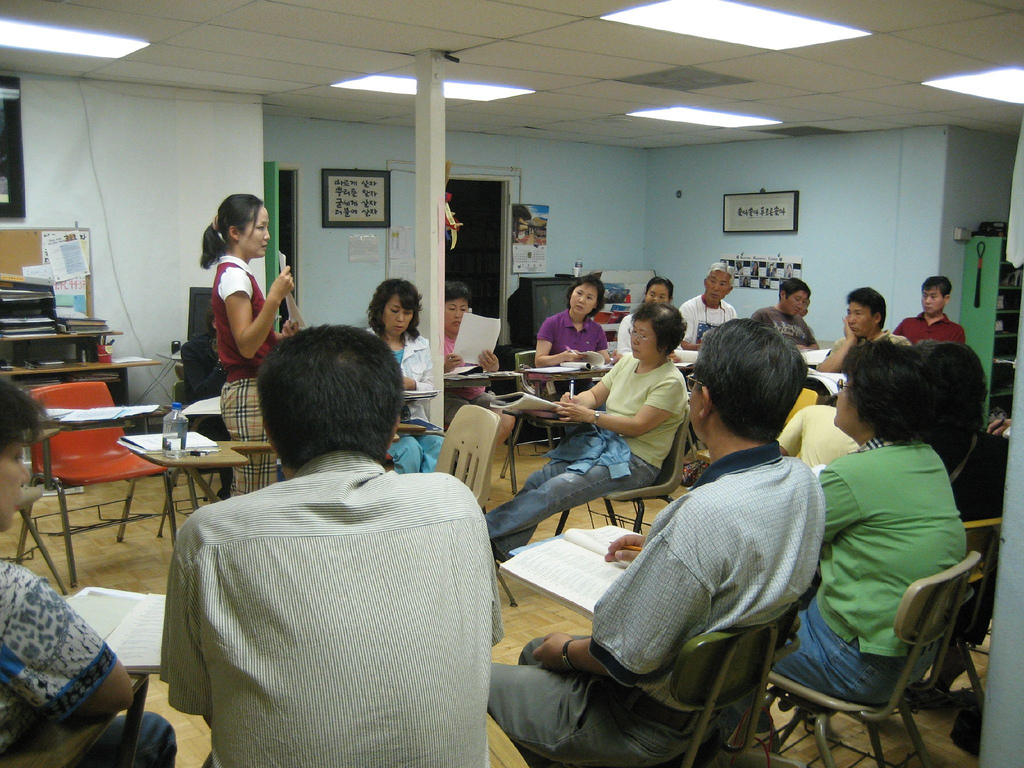 As local leaders explore ways to grow their local and regional economies, one area to address is access to English language learning opportunities for all members of a community. A new report by the Brookings Institution’s Metropolitan Policy Program, Investing in English Skills: The Limited English Proficient Workforce in U.S. Metropolitan Areas, examines workers with limited English proficiency (LEP) in U.S. metropolitan areas. According to the report, nearly one in 10 working-age adults in the U.S. are considered LEP, working-age LEP adults earn 25 to 40 percent less than their English proficient counterparts, and most LEP adults reside in large metropolitan areas but their numbers are growing fastest in smaller metro areas.

The findings are important for at least two reasons. First, lack of English proficiency results in lower earning power, which leads to lower consumer spending and lower tax revenue, all of which are economic trends that affect everyone in a city and metro area. Second, a variety of studies estimate that immigrants and their children will account for much growth in the U.S. labor force in coming decades amid an aging native-born population. “Investing in their skills—including English proficiency—is critical to building and maintaining a skilled workforce,” the report notes.

Jill Wilson, the report’s author and senior research analyst at Brookings’ Metropolitan Policy Program, explained that improving English skills can be a gateway to economic opportunities for immigrant workers, but access adult English instruction is limited due to a lack of resources. As Wilson urges, “Given the large number of LEP workers in the United States and the fact that virtually all of the growth in the U.S. labor force over the next four decades is projected to come from immigrants and their children, it is in our collective interest to tackle this challenge head on.”

Local community leaders recognize the need for more focus on English language education for working adults. “Our community needs to be focused on helping skill these people up,” said Wendy Boyer, senior vice president for the Greater Omaha Chamber of Commerce. And as the Omaha World-Herald notes, “removing that barrier would allow those workers to qualify for better jobs. But teaching English to working adults, most of them with families, is a complicated effort that requires coordination of transportation and child care, among other challenges.” Wilson told the Dallas Business Journal that immigrants want to learn English, but their opportunities are rare and often unsuccessful. “The traditional classroom structure is not working when you’re working two jobs and have a family,” Wilson said.

Access to resources to grow program capacity is also a challenge. “We want everyone to speak English, but we don’t provide the resources for it, especially for working adults,” said Lourdes Gouveia, a sociologist at the University of Nebraska at Omaha. “There’s not a very concentrated, coherent, thoughtful effort. It’s by happenstance.” “It’s all about having the political will to say, ‘We want everyone to have one of the most important skills in order to have a 21st century labor force which is proficient in English,” Gouveia said.

A growing number of local initiatives include programs to support English-language learners and their families, such as the English as a Second Language (ESL) classes offered by Conexion Americas in Nashville. Such efforts are often part of a broader comprehensive approach to immigrant and refugee integration in a city or metro area because, as Wilson puts it, “As the nation discusses how to build a skilled workforce, a focus on enabling immigrants to become more productive members of society will help everyone in the long run.”