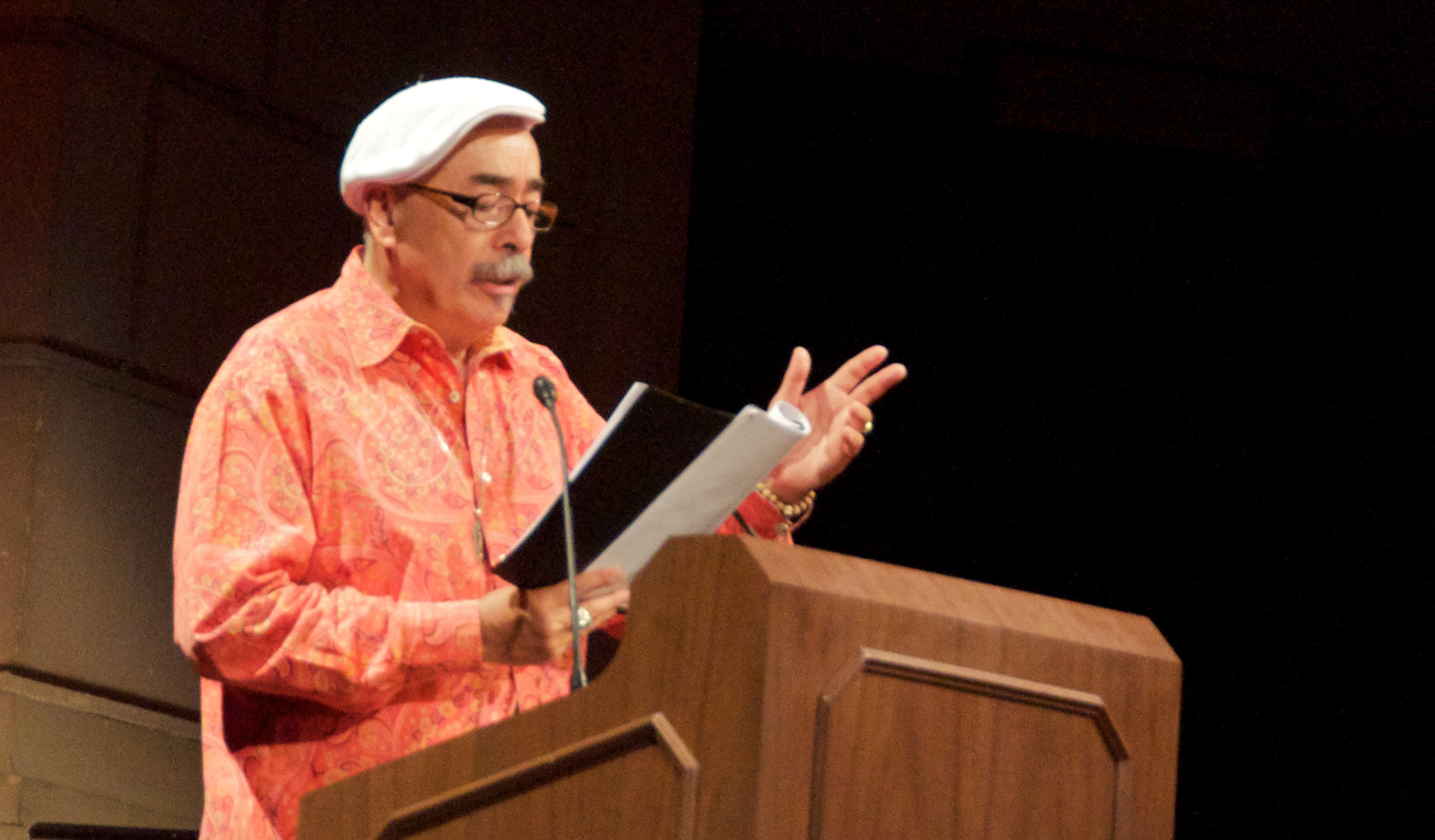 The next poet laureate of the United States is Juan Felipe Herrera, the son of migrant farm workers. Herrera will be the first-ever Chicano poet laureate, signaling, as the Los Angeles Times put it, “…an acknowledgment of the importance of Spanish and bilingual culture in America.”

Herrera writes in English and Spanish, often using both in the same poem, and he has been described as “the elder statesman of Mexican American poetry.” His poetry collections include works about the U.S.-Mexico border and the experiences of immigrants – 187 Reasons Mexicanos Can’t Cross the Border: Undocuments 1971-2007 (2008) and Border-Crosser with a Lamborghini Dream (1991) are just a few. The immigration theme influences much of his work, including an early poem entitled “Everyday We Get More Illegal,” which deals with detention, citizenship, and immigrant families.

A New York Times review of 187 Reasons when it was published describes its title poem as pivoting “between ironies directed at Mexican-Americans and anger over California’s Proposition 187, designed to keep illegal immigrants out.” The same review discusses Herrera’s work in general as evoking “at once the hardships that Mexican-Americans have undergone and the exhilarating space for self-reinvention that a New World art offers.”

In a recent interview with the Washington Post, Herrera said “The times now seem to be evolving with voices of color. All voices are important, and yet it seems that people of color have a lot to say, particularly if you look through the poetry of young people — a lot of questions and a lot of concerns about immigration and security issues, you name it, big questions. All this is swirling in the air.”

Herrera’s new post as poet laureate begins in September and is an important acknowledgement of the influence of Spanish and bilingual culture in the United States – and through that, the experience and importance of immigrants in this country.