How Welcoming Immigrants Gave Chicago, Dayton, and Nashville a Boost 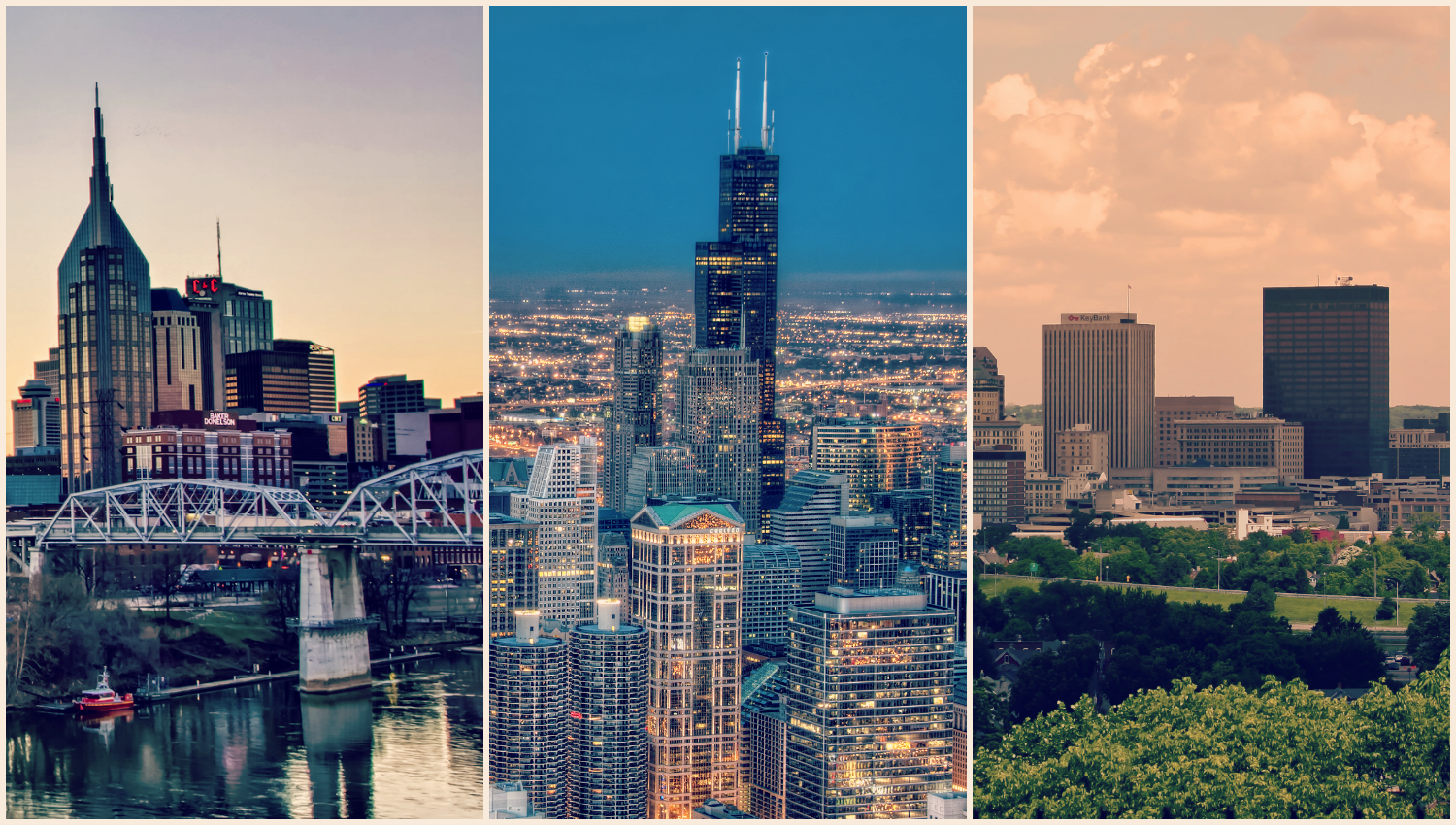 Three geographically diverse cities have created more welcoming environments for immigrants and each has implemented initiatives that promote immigrant entrepreneurship and innovation in their communities, to the benefit of all residents. Their efforts are detailed in the report “Entrepreneurship and Innovation in Welcoming Cities: Lessons from Chicago, Dayton, and Nashville.”

The report highlights the fact that the country’s demographics and economic mainstays are changing. For example, more retirements and fewer births mean a smaller native-born workforce. Manufacturing companies, which metropolitan areas have traditionally relied upon to grow their populations and economies, are in decline. To counteract this reality, the report states that “cities and regions looking to stem population decline and stimulate economic growth are seeking to attract immigrants and encourage immigrant entrepreneurship. Immigrants play an outsize role in establishing “main street” businesses (retail, accommodation and food services, and neighborhood services), which are important for generating neighborhood-level economic growth and revitalization.”

Ensuring that immigrant entrepreneurs can maximize their potential is important for states and localities, especially those struggling with an economic or population dip. The report found that “while immigrants made up 13 percent of the country’s total population, 16 percent of the labor force, and 18 percent of business owners overall in 2013, immigrants were 28 percent of ‘main street’ business owners nationally.” In Chicago, the report found that those business owners operate the majority of stores in the city’s “Little Village,” an area that contributes the second most business tax revenues to the city. In 2011, Chicago recognized it could do more to foster immigrant entrepreneurship and began drafting its New Americans Plan, which the report explains “explicitly acknowledges that the city has recently lagged in economic growth and aims to reverse that trend by lowering barriers to entry for immigrant-owned businesses.”

In addition to the economic benefits, the report emphasizes how welcoming initiatives and integration plans are building stronger communities and pushing back against anti-immigrant sentiment. Dayton and Nashville, the two other cities studied in the report, launched integration initiatives when anti-immigrant efforts were popping up in cities and states across the country. The 2011 Welcome Dayton plan, an effort that began as a conversation among more than 100 community members, explicitly stated that “communities across America are at a crossroad: to welcome and integrate new residents and help them on a path to citizenship, or to allow old stereotypes, fears and misconceptions to hinder future success.”

Nashville, the birthplace of the Welcoming America idea, has a history of nonprofit leadership on integration initiatives, including the promotion of immigrant entrepreneurship. The report credits the leadership of community-based organizations like the Tennessee Immigrant and Refugee Rights Coalition (TIRRC) and Conexión Américas with the successful rejection of a 2009 referendum that would have made English the official language of the city. Nashville now has its own office dedicated to immigrant integration, with the explicit goal of helping immigrants access economic and educational opportunities.

These local efforts partially address a gap in U.S. immigration policy: the lack of federal attention to immigrant integration. They also provide the foundation for national efforts. In 2015, the president launched the White House Task Force on New Americans and the Building Welcoming Communities Campaign, which could coordinate federal agencies and connect the welcoming initiatives implemented throughout the country. While “a city can’t do much about federal immigration laws and policies, or do anything about the official immigration status of members of its community,” the report states, “a city can help by cultivating a welcoming environment for all members of the community, including immigrants and refugees.”