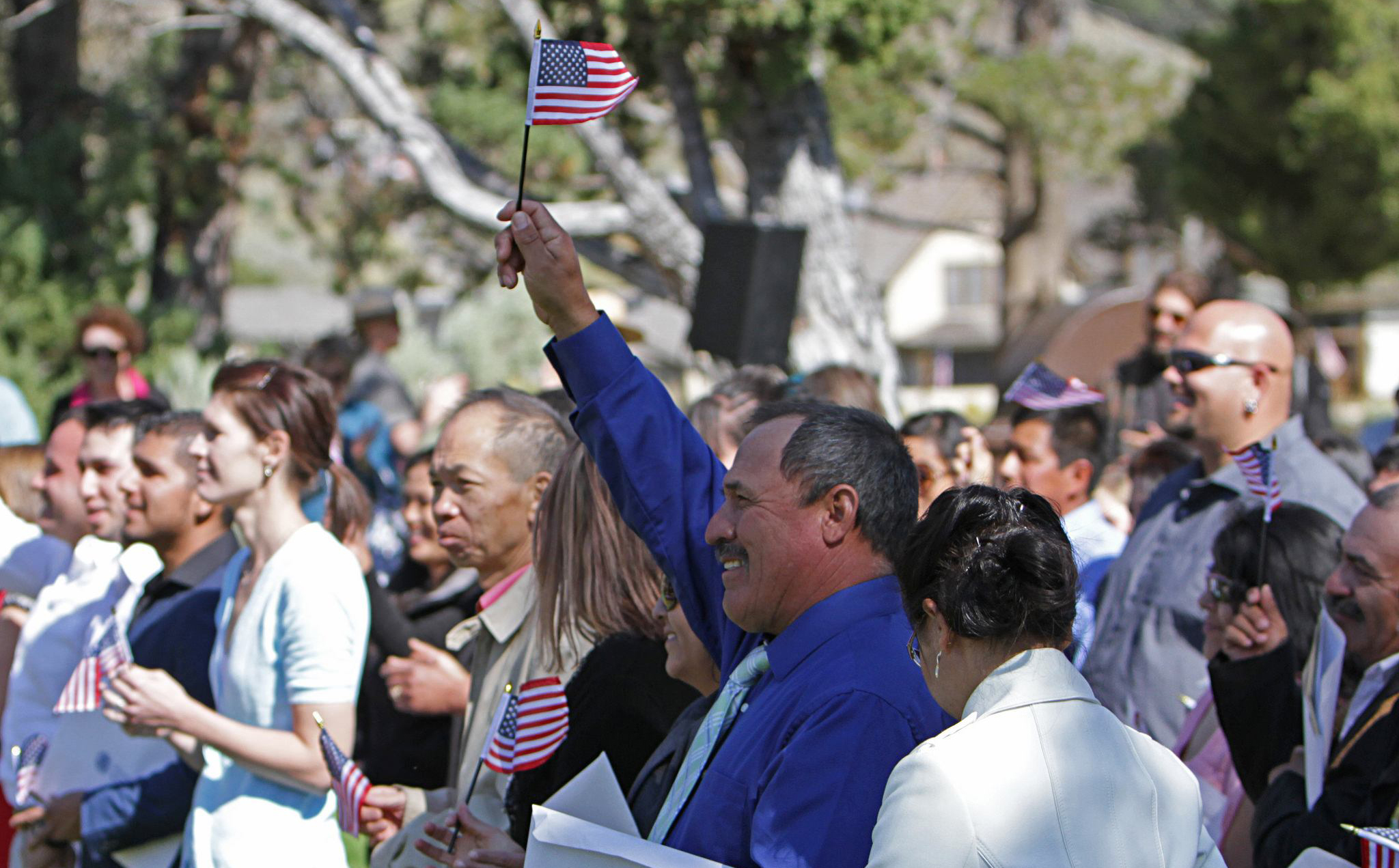 September 17 marks the day the delegates to the Constitutional Convention met for the last time to sign the U.S. Constitution. Constitution Day and Citizenship Day is dedicated to all U.S. citizens, including those who have become naturalized U.S. citizens by choice. The day is marked by ceremonies and celebrations around the country, including nearly 240 naturalization ceremonies between September 16 and 23, where 38,000 new citizens will take the oath of allegiance.

Each year, hundreds of thousands of foreign-born residents become U.S. citizens. In Fiscal Year 2014, a total of 653,416 people naturalized. New citizens come from all over the world, including:

Mexico was the leading country of birth for new citizens in 2014. 22 percent of these newly naturalized citizens reside in California, followed by Florida and New York (12 percent each), and Texas (eight percent).

In order to naturalize, noncitizens must meet eligibility requirements including: be at least 18 years old; be a lawful permanent resident (LPR); speak, read, and write in English; and pass a U.S. history and civics exam; and demonstrate good moral character. There are exemptions for certain members of the Armed Services, and for older, long-term LPRs. Native-born citizens can take a quiz to see if they could pass the history and civics test required for naturalization. According to USCIS, as of 2015 more than 90 percent of Americans were able to answer six of 10 questions correctly.

Applicants must also pay a fee, which has increased significantly in recent years and is currently set at $680, including $85 for biometrics. However, a proposed fee hike will raise the fee to $725 on October 1, 2016. While partial fee waivers will be available for some, the high fee creates a barrier for many who would like to take that final step toward full participation in American civic life.

High fees and other barriers help to explain why there are large numbers of immigrants who have not yet become citizens. There are currently 13.1 million LPRs in the U.S., and 8.8 million are currently eligible for citizenship. About half, or 3.9 million, of those eligible for citizenship are from Latin America, with 2.7 million from Mexico alone. One and a half million of those eligible to naturalize are from Asia.

According to the Pew Research Center, the number of LPRs applying for naturalization has increased since October 2015 and is at its highest level in four years – up eight percent from the same period before the 2012 elections. From October 2015 to June 2016, 718,430 immigrants have applied for citizenship. This becomes even more meaningful during an election year. Pew found that Hispanics and Asians who are naturalized citizens tend to have higher voter turnout rates than native-born American.

States and local communities are recognizing the benefits of integration and helping our immigrant community members become full-fledged Americans.

Researchers have found that naturalized citizens have higher incomes and contribute more in taxes. A recent report found that if all LPRs that are eligible to naturalize in 21 cities would become citizens, their earnings would increase 8.9 percent and federal, state, and city tax revenue would increase $2 billion.

This year, many groups are holding naturalization events to encourage eligible individuals to become citizens. The Ya es Hora ¡Ciudadania! (It’s Time, Citizenship!) Campaign is hosting citizenship workshops throughout the month of September. Cities for Citizenship is comprised of 26 cities and counties that have joined forced to help more than 10,000 LPRs pursue citizenship by providing legal assistance and microloans. For those concerned about high fees, NCLR has a list of community organizations that provide loans to help cover the application fee. USCIS also provides resources for teachers and others to help learn about the importance of citizenship and prepare for the naturalization process.

Citizenship Day is a good time to reflect on the opportunity to immigrate to the U.S. and become a citizen. As President Obama said at a recent naturalization ceremony:

“Just about every nation in the world, to some extent, admits immigrants. But there’s something unique about America.  We don’t simply welcome new immigrants, we don’t simply welcome new arrivals — we are born of immigrants.  That is who we are.  Immigration is our origin story.  And for more than two centuries, it’s remained at the core of our national character; it’s our oldest tradition.  It’s who we are.  It’s part of what makes us exceptional.”