How Many Dreamers May See a Promising New Reality? 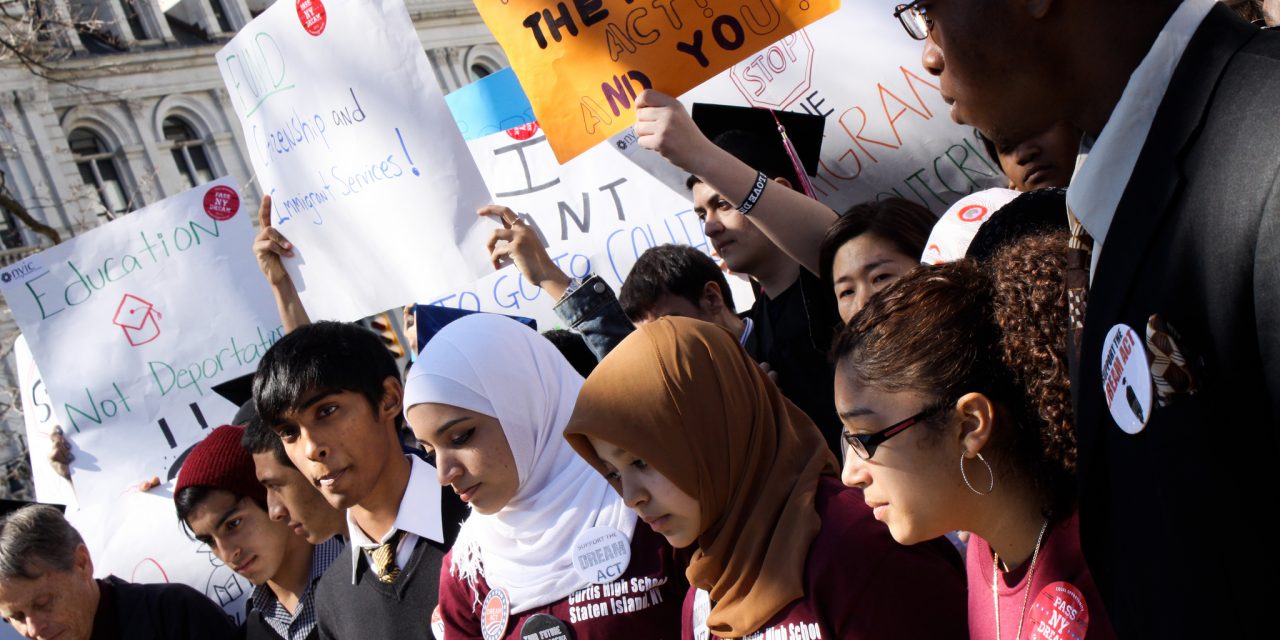 With the Deferred Action for Childhood Arrivals (DACA) program now at risk of being terminated by the courts or the administration, pressure is building on Congress to pass legislation which permanently addresses the plight of undocumented young people who were brought to the United States as children. Bills already have been introduced this year that would do just that: the Dream Act of 2017 and the Recognizing America’s Children (RAC) Act.

As a guide to these bills, and how they compare with the version of the DREAM Act which passed the House in 2010, the Migration Policy Institute (MPI) has estimated how many people qualify, or might qualify, under each piece of legislation.

The Dream Act of 2017, introduced earlier this month in the Senate, is the most recent legislative proposal to focus on undocumented youth. In order to be covered by this bill, applicants must have arrived in the United States before the age of 18, lived here for four years or more, and not have a criminal record. Among this group, those with a high-school diploma or equivalent would be eligible for “conditional status.” Those who also have an associate’s degree, two years of military service, or at least three years of continuous employment would qualify for legal permanent residence.

The RAC Act, introduced in the House of Representatives in March 2017, would apply to young people under the age of 16 who arrived in the United States at least five years ago and have no criminal record. A ten-year conditional status would be granted to those who were at least 18 years old and had a high-school diploma. Permanent residence would go to those who are enrolled in college during their first year of conditional status, serve in the military for three years, or work for at least four years.

Finally, the DREAM Act of 2010 applied to people under the age of 16 who had lived in the United States for at least five years and had no criminal record. Individuals who were under age 30 and had a high-school diploma would have qualified for 10 years of conditional status. Those with an associate’s degree or two years of military service could become permanent residents.

According to MPI, of the 2 million people encompassed by the bill’s minimum requirements, 825,000 would qualify for conditional status and 1.2 million might qualify in the future. Only 233,000 would likely become eligible for permanent residence.

While the details of these bills may differ, they each signal the bipartisan support that exists for finding a lasting solution to the plight of undocumented youth.