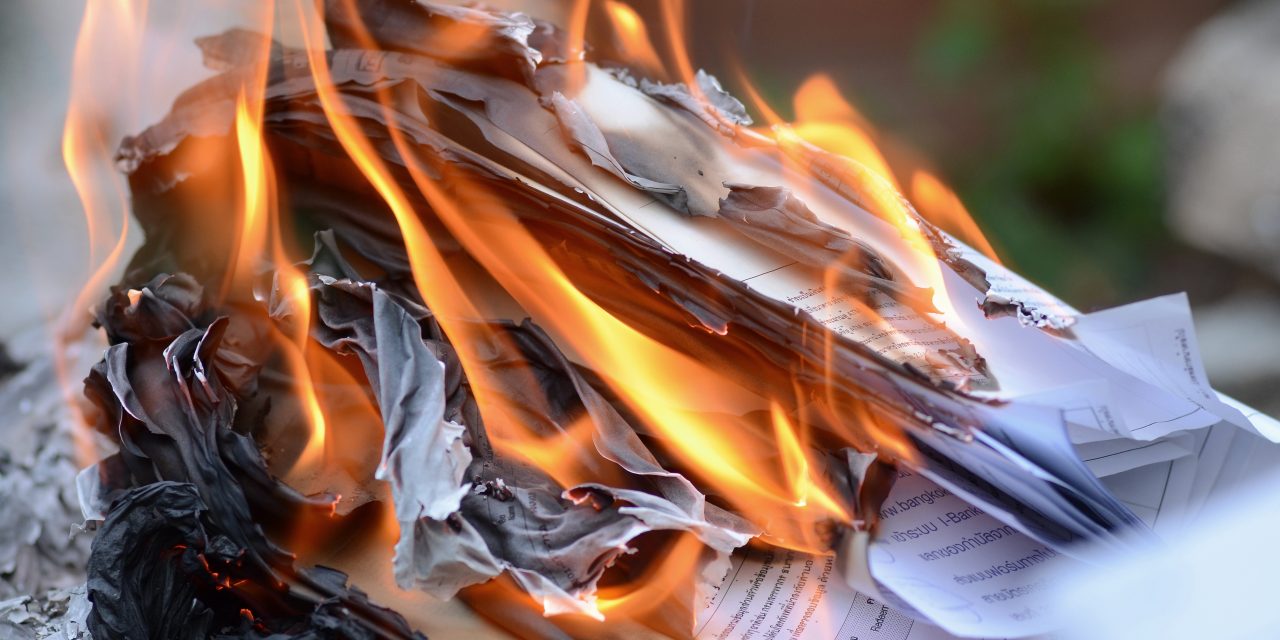 The Department of Homeland Security (DHS) and the Department of Justice (DOJ) released a report which comes to a rather predictable conclusion: most of the “international terrorists” in the United States—as opposed to the domestic ones—were born in another country. At one level, this comparison is about as obvious and useful as pointing out that immigrants are born outside of the United States.

Then, over the weekend, The Daily Beast reported that the report was actually written by high-level political appointees who never bothered to consult with their own data experts—who likely would have told them their report had no basis in reality.

The report reaches its conclusion by being very selective in defining who qualifies as an “international terrorist” and who does not.

The Daily Beast confirms that the report is a political document, and that it “did not include the contributions of those career DHS officials tasked with providing professional and objective analysis. They were not asked to participate, and so the document did not reflect their input. The Justice Department took the lead on the report, as its public rollout indicated, complete with a senior Justice official conducting a White House press briefing—without a DHS counterpart.”

According to the report, “at least 549 individuals were convicted of international terrorism-related charges in U.S. federal courts between September 11, 2001, and December 31, 2016. An analysis conducted by DHS determined that approximately 73 percent (402 of these 549 individuals) were foreign-born.”

Yet these numbers only add up if you don’t count anyone killed by domestic terrorists. If you do, the results are turned on their head. As the Cato Institute notes:

DHS and DOJ also provide very little information as to what constitute “international terrorism-related” charges, and only give detailed information on eight of the hundreds of people convicted of such charges. It’s noteworthy that DHS and DOJ state they “do not yet have complete, final information” on all the cases counted in their report, yet they are apparently confident in saying these people are supporters of “international terrorism-related” activities. Cato observes that “there is no definition of ‘terrorism-related’ as a crime in U.S. statutes.”

Despite its many deficiencies, the report provided the Trump administration officials with the opportunity for high drama. U.S. Attorney General Jeff Sessions said in a press statement: “This report reveals an indisputable sobering reality—our immigration system has undermined our national security and public safety.” In a similar vein, Homeland Security Secretary Kirstjen Nielsen claimed that “this report is a clear reminder of why we cannot continue to rely on immigration policy based on pre-9/11 thinking that leaves us woefully vulnerable to foreign-born terrorists.”

There is no doubt that there are more international terrorists who wish to launch attacks in the United States—just as some already have. But it does not make us safer to ignore the domestic terrorists who have long been in our midst. Nor does it accomplish anything constructive to view all “foreigners” as potential attackers. Security is enhanced by smart enforcement strategies, not by knee-jerk xenophobia.