Tent Immigration Courts Are Still Not Fully Open to the Public 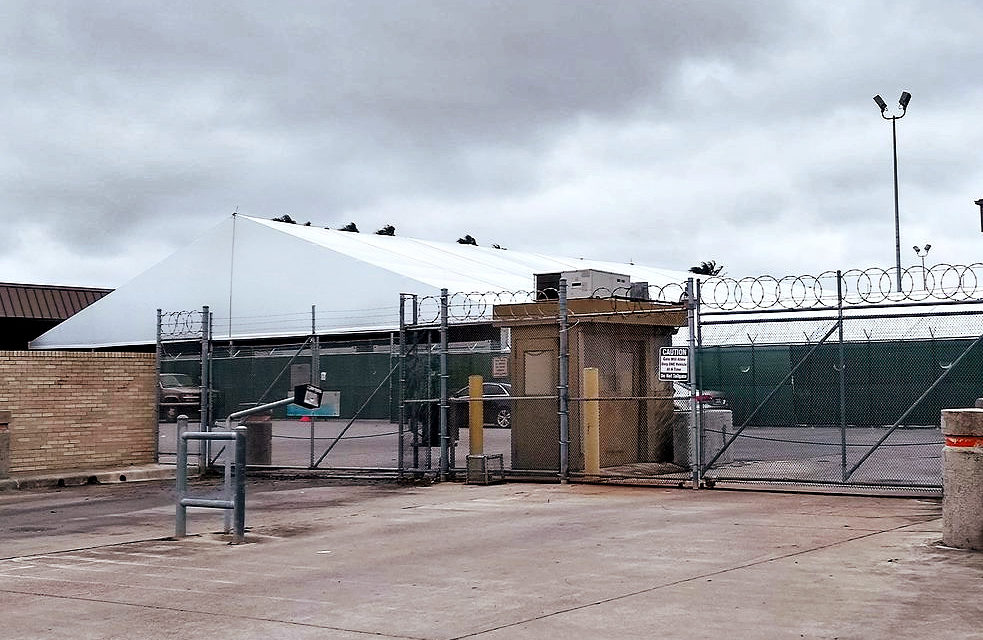 Asylum seekers subject to the Migrant Protection Protocols—or the “Remain in Mexico” program—in Laredo and Brownsville, Texas attend their court hearings in tents known as “port courts.” The government announced these secretive courts would finally be opened last week, but the public still does not have full access.

For the past year, this program has forced thousands of people asking for asylum in the United States to instead wait for their U.S. court hearings in Mexico. They often live in dangerous conditions in Mexico for months. Individuals enter the United States for just a few hours during each hearing.

The program expanded from San Diego and El Paso to South Texas last summer. After the expansion, the government built tent facilities within the secure perimeter of the ports of entry. Judges across the state of Texas—who are often hundreds of miles away from the actual courtrooms—hear the Laredo and Brownsville cases by videoconference.

By law, immigration courts must be open to the public. But the government denied access to the port courts since they opened in September 2019. Courtroom observers could only go into the brick-and-mortar courts where remote judges are physically located during port court hearings.

This policy prevented advocates from seeing what the court experience was like in the tents. Government officials blamed the secure location of the facilities for these restrictions. However, officials had received an offer from the City of Laredo to lease a city-owned building for only $1. They turned it down, despite the price and easier access for courtroom observers.

Courtroom observers were finally allowed into the port courts in January, but with significant limitations.  In both facilities, the public cannot choose which hearings they observe. Dockets detailing the judges and cases are also not available as they are in other courts.  Members of the public in Brownsville were initially not allowed paper or writing utensils to take notes.

Asylum seekers attend preliminary master calendar hearings (short, preliminary hearings where a person learns how the case will proceed) in groups, then later have an individual merits hearing where they share the details of their asylum claim.

Because of the sensitive nature of the information shared, people can request that their merits hearing remain closed to the public. However, the government is still automatically closing all merits hearings, even if the asylum seeker gives permission for someone to observe.

People seeking asylum at the port courts can only see the judge and interpreter on the videoconference screen. They cannot see the government attorney or others in the courtroom. Judges frequently speak to others in the courtroom without interpretation, or even while the video is on mute. This results in immigrants being confused and intimidated, and possibly missing information crucial to their case.

Judges at the Fort Worth Immigration Adjudication Center (IAC) recently started hearing some of the Brownsville port court cases as well. IACs do not allow public access either, so there is no way for the public to observe these hearings.

Access to the port courts improved last week but is still a far cry from the open courts required by law. The government should fully open these facilities to the public to ensure the necessary oversight to protect due process for asylum seekers.