These Humanitarian Aid Workers’ Convictions Were Overturned. Here’s How It Sets Precedent for Future Protection. 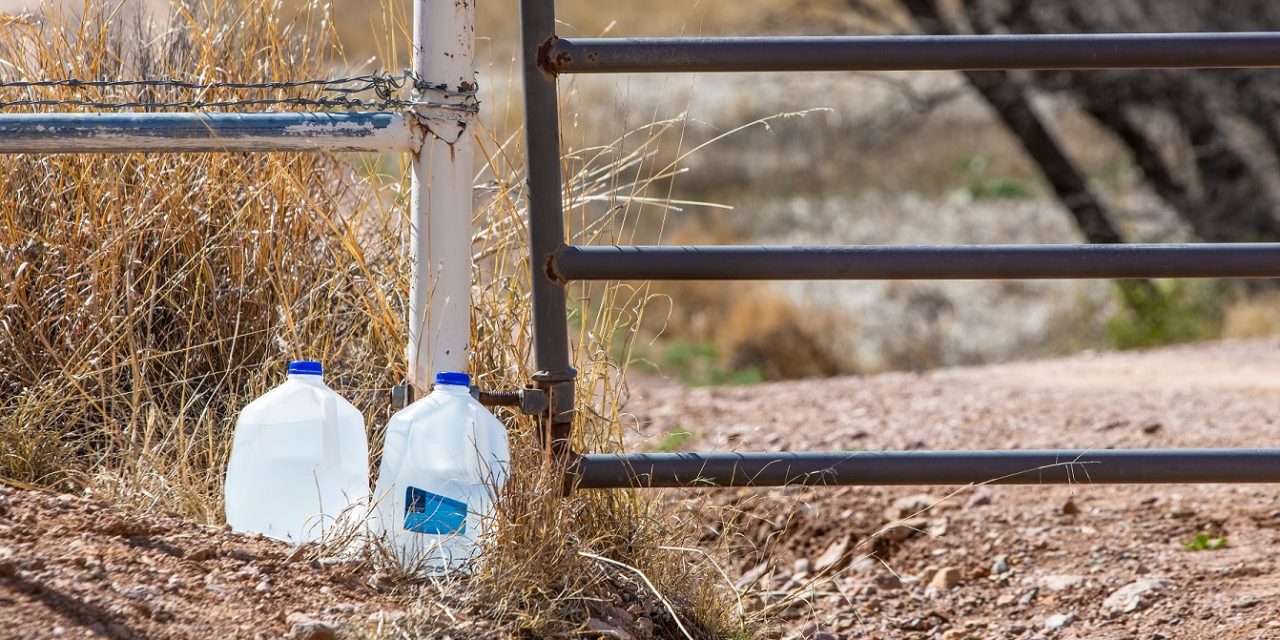 A federal judge in Arizona reversed convictions of four volunteers of the humanitarian aid group No More Deaths last week. No More Deaths is an Arizona-based group that works to end death and suffering for people crossing the U.S.-Mexico border.

In the summer of 2017, the four women drove on a restricted access road in a wildlife refuge to leave food, water, and other humanitarian supplies for migrants. They were arrested and charged with entering the refuge without a permit and abandoning property. A lower court convicted all four, fining them and putting them on probation.

In the recent decision, Judge Rosemary Márquez stated the defendants’ attempts to prevent deaths were protected under the Religious Freedom Restoration Act. Márquez argued the government had used a “gruesome logic” in trying to prevent U.S. citizens from “interfering with a border enforcement strategy of deterrence by death.”

U.S. immigration enforcement policies at our southern border have the effect of pushing people onto the deadliest path possible. Border enforcement in more developed areas funnels traveling migrants into the dangerous Sonoran Desert. In the past two decades, government figures indicate that the remains of over 7,000 people have been found near the U.S.-Mexico border. It is likely that many others have gone unrecorded.

The Cabeza Prieta Wildlife Refuge in the Sonoran Desert covers 60 miles of the border and is the largest stretch of wilderness in Arizona. U.S. Fish and Wildlife Service (USFWS) manages the refuge. The Bureau of Land Management, the National Park Service, and the Department of Defense control nearby lands. While each agency has its own individual mandate, they can also cooperate with each other and U.S. Customs and Border Protection to enforce federal law.

The government is prosecuting humanitarian aid for migrants under the guise of environmental protection. At the same time, dozens of environmental laws have been waived for immigration enforcement purposes.

As deaths in the refuge increased in 2014, No More Deaths began to target humanitarian aid to that area. Death rates remained high, with 32 bodies found on the refuge in 2017. No More Deaths representatives asked the government to agree to a compromise on their work in the area. Instead, the Trump administration used environmental protection laws to incriminate humanitarian aid volunteers.

USFWS started requiring visitors to initial a statement saying they would not leave food or water in the refuge. The refuge manager instructed staff not to grant permits to anyone affiliated with No More Deaths.

A Freedom of Information Act request revealed that USFWS kept a blacklist of humanitarian aid volunteers. The agency also removed food and water the volunteers placed throughout the refuge.

Over the last two and a half years, nine No More Deaths volunteers were charged with crimes related to humanitarian aid. The most prominent case is that of volunteer Scott Warren. He was acquitted of felony charges in November 2019.

Others unaffiliated with No More Deaths who committed similar infractions within the refuge were not charged with crimes.

Judge Marquez’s decision establishes a strong precedent against criminalizing humanitarian aid work. However, the government will likely file an appeal of the reversal.

As Scott Warren stated in a 2017 essay, these humanitarian efforts “by no means contradict conservation and environmental protection. Rather, they are commensurate to a better ethic of treating both land and life with respect in the border region.”

Humanitarian volunteers do lifesaving work all along the U.S.-Mexico border. Their aid should not be treated as a crime.

FILED UNDER: Customs and Border Protection, no more deaths