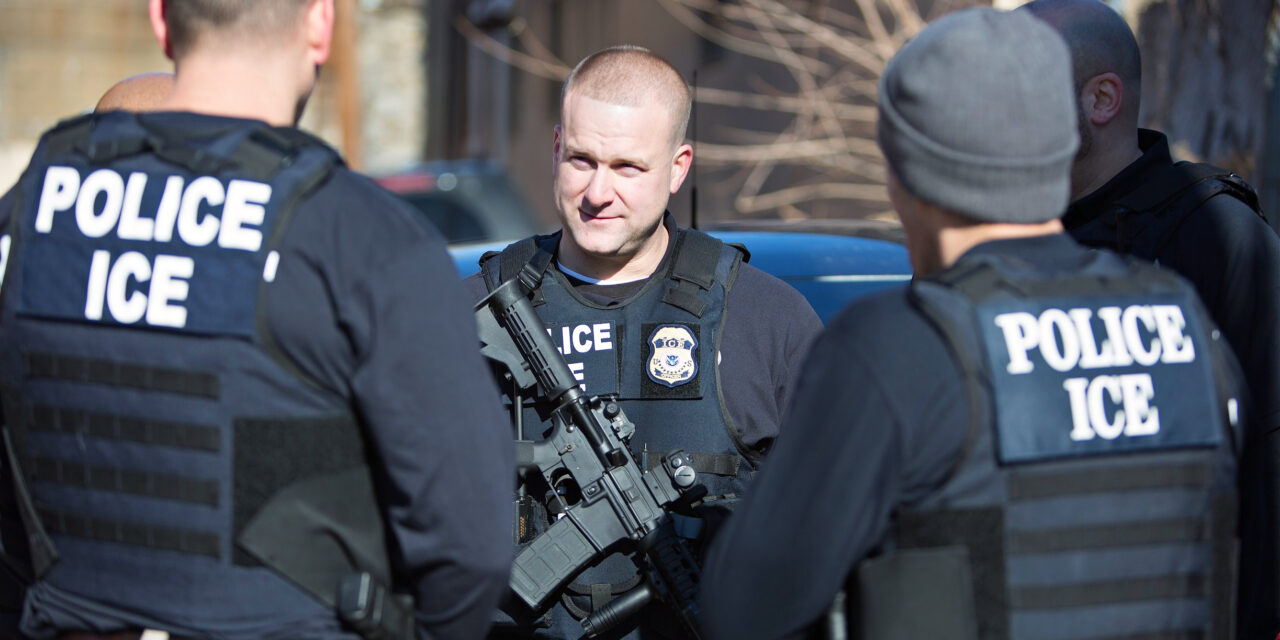 In a blow to government transparency, the Trump administration has decided to designate Immigration and Customs Enforcement (ICE) a “security/sensitive agency.” The move further shields ICE from public accountability, allowing them to withhold even more information.

According to a leaked government memo, the Trump administration granted ICE’s request to be designated a “security/sensitive” agency when it comes to the Freedom of Information Act (FOIA). The designation limits the public’s ability to obtain vital information about ICE. Now, the agency and its personnel will be less accountable to the public.

FOIA is an important tool that provides people the right to access information from the federal government, which includes ICE. While the objective of the Act is disclosure, not secrecy, FOIA includes categories of information that are unavailable to the public. Agencies can also apply exemptions to withhold certain types of information. Immigration agencies have long applied these exemptions liberally, so those requesting the information are forced to obtain it through litigation.

Previously, some information about ICE officials in “sensitive” occupations—such as field agents or law enforcement officers—would be withheld but other information could be released in response to FOIA requests. That changes with the designation, granting protections that arguably are not within the statutory exemptions outlined in FOIA.

The memo claims that the designation ensures that “all relevant personally identifiable information (PII) of all ICE personnel” will be withheld, or redacted, when processing FOIA requests. PII includes information like names, duty stations, and salaries.

This information is key when investigating complaints or allegations of abuse by certain officers or patterns of such in specific offices or areas. That becomes much harder to do if the information is kept secret.

The designation places ICE on the same level as officials with the Federal Bureau of Investigations (FBI) and Secret Service. But unlike ICE, these agencies arguably need some level of secrecy and privacy around individual officials due to the often sensitive nature of their operations.

Unfortunately, this is part of a trend under the current administration to protect and elevate the interests of individual officials at the expense of the public interest.

Earlier this year, Customs and Border Protection (CBP) was given the same high-level security designation. These designations are all the more troubling given heightened public concern around law enforcement accountability.

ICE—and CBP for that matter—tried to justify the need for the higher designation by claiming that its personnel have experienced more threats and intimidation in recent years. Yet, the memo provides no examples of this. The agency has also not established that any such incidents resulted from information being released through FOIA.

In fact, the memo closes with a reminder to employees that they should not reveal their ties to ICE. This raises an important question. Why has FOIA become the culprit when ICE employees themselves may be the ones revealing personal information?

“I would ask that we all remain vigilant in our own online interactions. Irresponsible use of social media and needless identification of our positions or affiliation with ICE can create the very same type of risk that this requested OPM designation was intended to avert.”

FOIA is one of few precious tools available to help hold the government accountable and transparent to the people. This decision further strips away the strength of this tool—and without strong justification. This makes the government less transparent for fear of a security threat that doesn’t actually exist.