Why Biden Must Dismantle the Migrant Protection Protocols Now 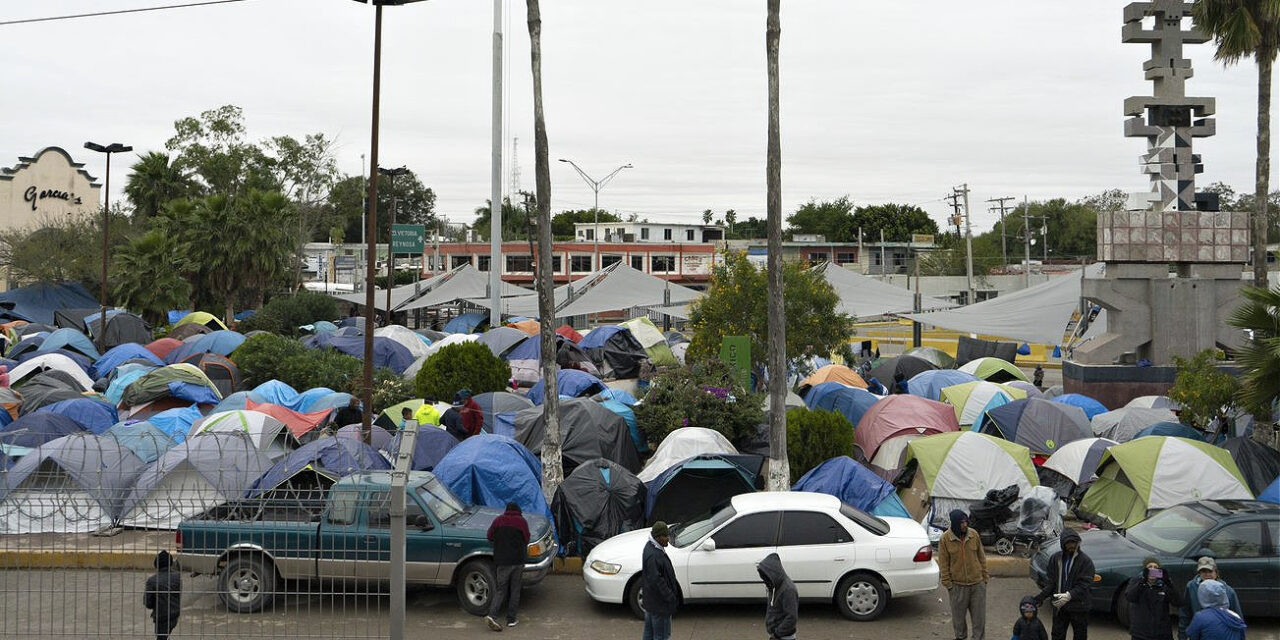 January 29, 2021 marks the two-year anniversary of the Trump administration’s so-called “Migrant Protection Protocols” (MPP), informally known as “Remain in Mexico.” Asylum seekers and advocates are using the occasion to call for an end to the program, which has prevented thousands of people from accessing a meaningful opportunity to seek asylum.

Under MPP, many individuals who arrived at our southern border to ask for asylum over the last two years were sent back to Mexico. They received instructions to return to a specific port of entry at a specific date and time to ask for asylum in court. People subjected to MPP have been forced to wait in dangerous conditions in Mexico where accessing an attorney is nearly impossible.

This procedure is a clear violation of due process and human rights. Since March 2020, all MPP hearings have been suspended due to the COVID-19 pandemic. However, the Trump administration continued subjecting people to the program without knowing when their case could be heard in court. Out of over 70,000 returns to Mexico under MPP, more than 5,500 have occurred since the pandemic began.

On President Biden’s first day in office, the Department of Homeland Security (DHS) thankfully announced that it would stop placing new asylum seekers into MPP. While a critical first step, this only partially fulfills Biden’s campaign promise to end the program. DHS has not announced whether or how it will allow people sent to Mexico under the Trump administration to return to the United States.

On Inauguration Day, asylum seekers sent an open letter to President Biden and Vice President Harris, asking them to parole everyone in MPP into the United States and end other anti-asylum border programs. They shared stories of the violence they have fled and the danger they continue to face in Mexico.

It is likely that there are significantly fewer than 20,000 people in MPP still waiting at the U.S.-Mexico border. Thousands have been ordered deported after being unable to attend their court hearing or have been forced to give up their claim to asylum and go home.

Through December 2020, there were at least 1,314 publicly documented cases of rape, kidnapping, assault, and other crimes committed against individuals sent back under MPP. Multiple people, including at least one child, have died after being sent back to Mexico and attempting to cross the border again.

In order to protect those people who are still in Mexico under MPP, the Biden administration should rapidly surge resources to ports of entry to process people with pending MPP cases who remain in Mexico. U.S. Customs and Border Protection (CBP) could issue parole quickly and safely to individuals subject to MPP who appear at the ports of entry at scheduled times, allowing them to reenter the United States.

Once inside the country, nonprofit organizations can help these individuals arrange transit to their final destination and provide other case management services while DHS transfers the individuals’ court cases to those locations.

But even after everyone still in MPP has been allowed to enter the United States, there’s more to be done. The Biden administration should also establish a process by which people already ordered deported under MPP are given a second chance at protection in the United States. The administration could do this by designating individuals removed under MPP and other anti-asylum policies qualified as a group to access the U.S Refugee Admissions Program.

Restoring asylum at the border will take more than just reversing MPP. Even without MPP as an option for new asylum seekers, CBP still has ways to block meaningful access to the asylum system which the Biden administration must address.

During the COVID-19 pandemic, the agency has used an obscure public health law to expel newly arriving immigrants. CBP can do this immediately, without formal deportation proceedings. Public health experts state that the policy is not effective in preventing the spread of COVID-19.

For years, the agency has used “metering”—or waiting lists—to limit the number of asylum seekers who enter a given port of entry. This policy has a similar result to MPP. Asylum seekers must wait months in dangerous and inhumane conditions in Mexico.

The Trump administration also signed “Asylum Cooperative Agreements” with Guatemala, Honduras, and El Salvador. These agreements allow the U.S. government to send people to one of those countries to seek asylum, despite their inability to provide protection. Asylum seekers are asking the Biden administration to end all of these programs.

Building a better asylum process at the border is one of the most important challenges of the Biden administration. To restore a humane system of protections, we must stop the practice of holding tens of thousands of asylum seekers in detention each year and restore access to asylum.