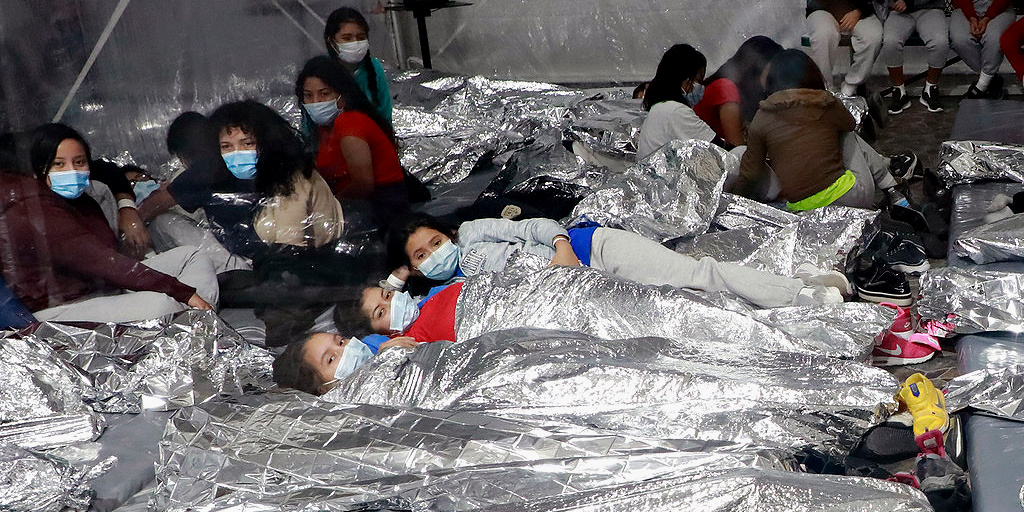 A record number of migrant children are arriving to the U.S.-Mexico border alone. In March 2021, U.S. Customs and Border Protection (CBP) encountered nearly 19,000 unaccompanied minors—the most to ever arrive in a single month.

But for the first time, Border Patrol processing coordinators—not law enforcement agents—will be stationed at CBP facilities to help care for the children.

These new Border Patrol processing coordinators have been hired to take on the many tasks that have overwhelmed field agents, such as providing the children with hot meals and assuring they have access to mattresses. The purpose of the civilian Border Patrol group is twofold: help ease the workload on agents and bring a much-needed humanitarian approach to the care of unaccompanied children.

For years, the Border Patrol has struggled to manage the care of children in its custody. Its facilities were originally designed for single adult men who could be quickly processed out—not unaccompanied children. But despite years of warning, the facilities today are not much better than they were in 2014 when children and families first began arriving at the border.

By law, CBP cannot hold unaccompanied minors in its facilities for more than 72 hours. But children often spend days or weeks detained at the border before being transferred into the custody of Health and Human Services (HHS).

The conditions in these facilities are notorious for being freezing, cramped, and unsanitary. It was only within the last year that a federal court issued a permanent injunction mandating that some CBP facilities provide people with cloth blankets, potable water, and showers.

The Biden administration has been working to expedite the processing of minors from border facilities to HHS custody. This operation will hopefully speed up with the assistance from the new division of the Border Patrol.

But as recently as the end of March, a group of over 4,100 children were being held at a tent structure at the border. The Donna, Texas facility is only meant for 250 people. The youngest in the facility were a newborn and a three-year-old.

“As I have said repeatedly, a Border Patrol facility is no place for a child,” Department of Homeland Security (DHS) Secretary Alejandro Mayorkas recently declared in a statement.

Being detained is traumatic for anyone, but especially so for children. This is compounded with the trauma many children experienced in their home countries and on dangerous journeys to the United States.

For years, advocates have uncovered the ways in which CBP has systematically failed to provide children with adequate medical care, including mental health services. Putting children into the primary custody of Border Patrol agents, who aren’t trained to care for children, has had devastating consequences.

This lack of child welfare training was particularly evident in the Trump administration. During the height of Trump’s family separation policy, audio leaked of a Border Patrol agent mocking sobbing children who were calling out for their parents.

We Need a More Expansive Approach

The introduction of civilian Border Patrol officials is a welcome, far overdue development. The agency hopes to graduate 300 new processing coordinators each year for the next four years. However, this measure should be viewed as a stopgap until a new system of humanitarian protection can be created at the border.

Advocates are also pushing the Biden administration to open an intake center where children could be ushered to immediately after they are apprehended, avoiding Border Patrol facilities altogether. Another solution is to immediately release children to family sponsors as soon as safely possible.

President Biden has made some movement on this front. In addition to expanding the capacity of HHS facilities, the administration has vowed that family members will not be the target of immigration enforcement when they come forward to sponsor a child. A previous information-sharing agreement with U.S. Immigration and Customs Enforcement (ICE) intimated people from coming forward to pick up a child from government custody.

Though this is a good step, the government needs a more expansive approach. The reality is that no child should be detained in Border Patrol custody for any period.