Posted by Leslie Dellon | May 12, 2021 | Business & the Workforce, Enforcement, Entrepreneurship/Innovation 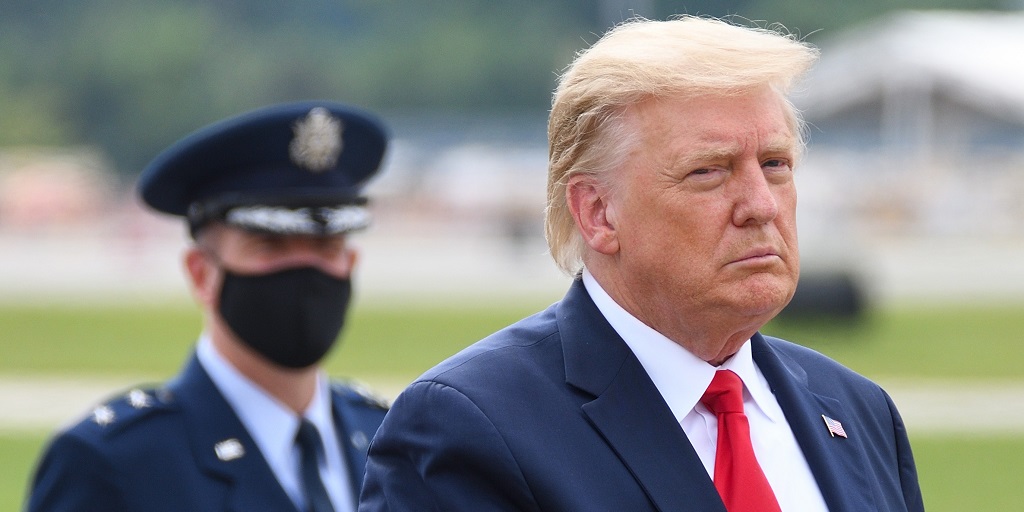 The Department of Homeland Security (DHS) recently withdrew two rules proposed by the Trump administration. On the surface, it seems they have nothing in common: a proposed expansion in collecting biometrics and the proposed end to a program for foreign entrepreneurs to develop new ventures in the United States. But the withdrawals had a common purpose—encouraging, rather than curtailing, immigration.

The agency acted in response to Executive Order 14012 that directed agencies to “identify any agency actions that fail to promote access to the legal immigration system.”

U.S. Citizenship and Immigration Services (USCIS) currently collects biometrics (photographs and fingerprints) from noncitizens who apply for certain types of immigration benefits, like green cards and for U.S. citizenship. There are age limits on collection for most benefits requests.

On September 11, 2020, DHS issued a proposed rule that would have vastly expanded biometrics collection to more categories of persons and added other identifiers, like iris images and DNA. With no age restrictions and the inclusion of “sponsors,” “petitioners,” or “other individual filing for or associated with any immigration or naturalization benefit,” USCIS could have required biometrics from U.S. citizens and from expanded categories of noncitizens.

During the 30-day comment period, the agency received 5,147 comments that were mostly in opposition to the proposal. Many raised questions about DHS’ authority and expressed public policy, constitutional, and privacy concerns.

DHS withdrew the proposed rule on May 10. The agency found existing biometrics collection requirements sufficient. The agency affirmed its support for the goals of the proposed rule, like flexibility in biometrics collection practices and enhanced use to verify identify, but “not in a way that conflicts with” providing access to the U.S. legal immigration system. DHS instead will further analyze the proposal in terms of the executive order’s promotion of access to the legal immigration system, agency policies, and “applicable law.”

Any expansion of biometrics collection also has consequences in terms of increasing USCIS processing times for applications and petitions.

On March 11, 2019, USCIS began requiring biometrics collection for Form I-539, which is filed for many extensions of stay or changes of status in nonimmigrant (temporary) categories, including spouses and children of certain nonimmigrant workers. Significant backlogs in processing occurred, which resulted in numerous lawsuits asking the federal district courts to order USCIS to adjudicate the I-539s and, in some cases, work authorization applications that USCIS would not process unless it had approved the nonimmigrant category. The link between I-539 processing delays and work authorization delays included the spouses of L-1 managers, executives, or specialized knowledge employees who work for multinationals and spouses of certain H-1B specialty occupation workers.

A class action lawsuit filed in late March 2021 challenged USCIS’ delay in adjudicating Form I-539s and related work authorization applications. The complaint included 37 named plaintiffs, whose I-539s to extend their status (either as H-4 spouses of H-1B workers or as L-2 spouses of L-1 workers) and related work authorization renewal applications had not been processed. As a result, they were either in danger of losing or had already lost their jobs.

In a May 3 sworn statement filed in this lawsuit, the Acting Associate Director of USCIS Service Center Operations said the agency had a backlog of approximately 120,000 I-539s for H-4s and L-2s and approximately 57,500 work authorization applications in backlog for H-4s and L-2s. The USCIS official also announced that the agency expected to suspend biometrics requirements beginning May 17, 2021 for I-539s, but with restrictions:

USCIS will still have the discretion to require biometrics on a case-by-case basis. USCIS has included an automatic expiration after 24 months, but the agency could affirmatively extend it. The suspension will still leave a substantial number of applications in the backlog.

The international entrepreneur parole program was established at the end of the Obama administration in January 2017. Parole is a mechanism by which USCIS may, on a case-by-case basis, allow an individual to be physically present in the United States for “urgent humanitarian reasons” or if there would be a “significant public benefit.” The start date was delayed until July 2017.

For entrepreneur parole, noncitizens need to show they have received a substantial amount of qualified funding and will be actively involved in and own a substantial percentage of a U.S. company established no more than five years earlier. Instead of meeting the funding criteria, they may submit “comparable evidence” to show that the new company has “substantial potential for rapid growth and job creation.” Upon meeting the requirements, these individuals may be granted parole for up to thirty months. Entrepreneurs can be re-paroled for up to an additional thirty months if they meet certain revenue, investment, and/or job creation thresholds.

However, shortly before the program would have begun, DHS under the Trump administration issued a rule to delay the program start until March 2018, without providing the public with advance notice and an opportunity to comment.

A federal district court vacated the delay rule in December 2017. However, DHS issued a proposed rule in late May 2018 to end the program. The proposed rule followed the directive in E.O. 13767, which among other objectives, took a very restrictive view as to what activities would qualify as a “significant public benefit derived from parole.” The uncertainty about the program’s future that the proposed rule created curtailed interest in the program.

On May 11, DHS withdrew the proposed rule. The agency received 892 comments on the proposed rule, with the “overwhelming majority” opposed to ending the program. The withdrawal decision was premised on two Biden administration executive orders.

First, the agency relied on the Biden executive order issued to address causes of and manage migration from Central America and provide “safe and orderly” asylum processing at U.S. borders, which revoked the Trump order with its restrictive interpretation of parole eligibility.

Second, DHS relied on E.O. 14012 since ending the parole program would reduce access to the United States for foreign entrepreneurs. DHS concluded that the parole program regulations “appropriately guide” the exercise of agency discretion on a case-by-case basis, as the law requires. Differing from the Trump administration, DHS recognizes that if an entrepreneur meets the regulatory requirements for growing a new business and creating jobs for U.S. workers, then a “significant public benefit” would be derived from the parole and the entrepreneur would merit a favorable exercise of agency discretion to grant the parole application.

DHS’ withdrawal of these two rules is an important step toward restoring the functionality of the legal immigration system. But it remains to be seen whether more systemic changes can be accomplished.