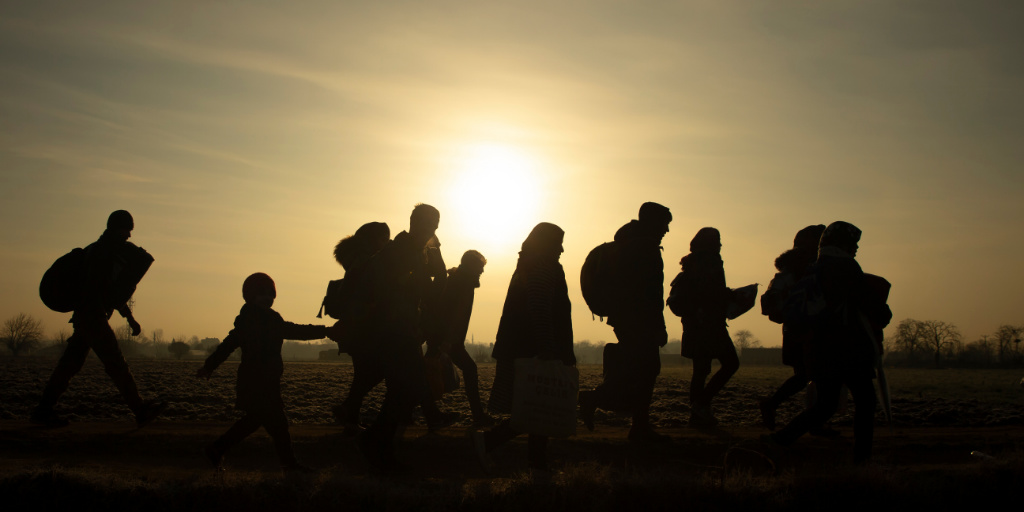 World Refugee Day is celebrated internationally on June 20 every year. It honors the struggle of refugees around the world who are fleeing violence and persecution and are unable to safely return to their home countries.

This year’s World Refugee Day brings hope that the United States will reassert itself as a humanitarian leader under the Biden administration. But it also serves as a reminder – more actions are needed to undo the damage of the Trump-era and rebuild the capacity of the U.S. Refugee Admissions Program (USRAP).

On the campaign trail, President Biden pledged to change course dramatically by raising the annual refugee cap to 125,000. In April, he flip-flopped on this commitment and decided to maintain Trump’s historically low admissions cap of 15,000. After backlash from advocacy groups and members of Congress, Biden finally raised the cap in May from 15,000 to 62,500. He also pledged to double the cap to 125,000 for fiscal year 2022.

Despite these changes, the United States is on pace to resettle a historically low number of refugees in FY 2021. As of May 31, only 3,250 refugees have been resettled this year. At the current rate, fewer than 5,000 refugees would be resettled in FY 2021 – lower than any year during the Trump administration.

The delay in raising the refugee cap negatively impacted refugee resettlement. More than 700 refugees facing urgent protection risks had their flights to the United States cancelled. It also left resettlement agencies in limbo as they waited for government funding to rebuild their operational capacity.

Now resettlement agencies are trying to play catch up but are only expected to resettle about 10 to 15 thousand refugees in FY 2021 – well short of the 62,500 refugee target.

President Trump slashed refugee admissions during his time in office. But more significantly, he gutted the foundational capacity of the entire U.S. refugee resettlement system.

Resettlement agencies are paid by the federal government for each refugee served. During the Trump administration, about 100 resettlement offices were forced to close due to financial hardships from the lower number of refugees admitted into the country.

The Trump administration also significantly cut the number of U.S. refugee officers overseas. This reduced the number of screening interviews conducted with prospective refugees by one-third.

Vetting procedures were “enhanced” to create additional barriers for refugee admission. These procedures – such as requiring a refugee to submit paperwork for 10 years’ worth of addresses – did not meaningfully improve national security. Instead, they produced bureaucratic inefficiencies and further slowed the processing of refugee applicants.

The Path Forward for Refugee Resettlement

President Biden sent a signal, albeit a hesitant one, by symbolically raising the refugee cap in May. But symbolism, in the absence of execution, will mean nothing. To deliver on the promise of increased refugee admissions and remove the stain of Trump-era policies, concrete actions are needed to strengthen the operational capacity of the U.S. refugee resettlement program.

It requires hiring and training more refugee officers and investing in technology improvements– such as video conferencing capabilities in remote locations – to more efficiently process the backlog of refugee applicants. Vetting procedures that create unnecessary hurdles for refugee applicants must be removed.

In addition, refugee resettlement agencies need a sustainable method of federal funding that does not rely exclusively on annual swings in refugee admissions. A multi-year planning approach, instead of an annual refugee determination, would allow agencies to better align resources and scale operations when needed. The U.S. should also allow individuals to privately sponsor refugees for resettlement.

This country has a storied history as a global leader in providing refuge to individuals fleeing persecution. It is time to re-engage with the generosity rooted in the American spirit and welcome refugees with open arms once again. On World Refugee Day, let us honor refugees and acknowledge – the United States has the capacity and moral obligation to do much more.

FILED UNDER: Office of Refugee Resettlement