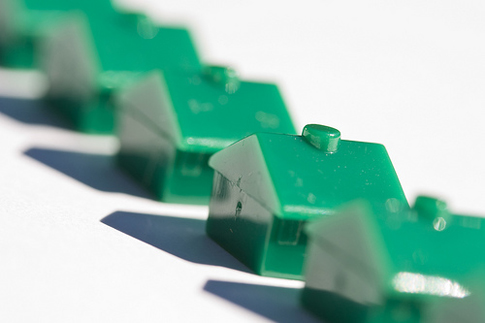 A recent report from the Pew Hispanic Center sheds new light on the value of immigration to the U.S. economy—even in the midst of a recession. The report, which examines the impact of the housing market’s boom-and-bust cycle on minorities and immigrants in the United States, found that the latest housing “bust” which began to unfold in 2005 has had less of an impact on immigrant homeowners than on native-born homeowners.

Although immigrants are still less likely to own homes than the native-born (just as native-born blacks and Latinos are less likely to own homes than native-born whites), rates of homeownership have declined faster for the native-born than for immigrants since the onset of the current housing crisis. The findings of the Pew report are a far cry from the shrill claims of anti-immigrant commentators such as Rush Limbaugh, who not long ago helped propagate the fabricated claim that the crumbling of the housing market was precipitated in no small part by millions of undocumented immigrants defaulting on subprime mortgages.

“Contrary, perhaps, to common perception, immigrants have not really fared as badly as one might have expected. The forces of assimilation seem alive and well and have guided them through the troubles in the housing market.”

Among serious researchers of immigration, these findings come as no great surprise. Dowell Myers, a demographer at the University of Southern California, has documented the dramatic rise over time in homeownership rates among Latino immigrants in California: from only 16.4% of those who, as of 2005, had been in the United States for less than 10 years, to 64.6% of those who had lived here for 30 or more years. Myers points out that, in the decades to come, immigrants will play a crucial role in “buying homes from the increasing number of older Americans. Immigrants will clearly be important in leading us out of the current housing downturn.”

While anti-immigrant activists continue to rant that immigrants are responsible for everything from swine flu to pot holes to global warming, an inconvenient truth remains: as the native-born population of the United States grows older, immigrants are becoming increasingly important as U.S. workers, U.S. taxpayers, U.S. consumers—and U.S. homebuyers.