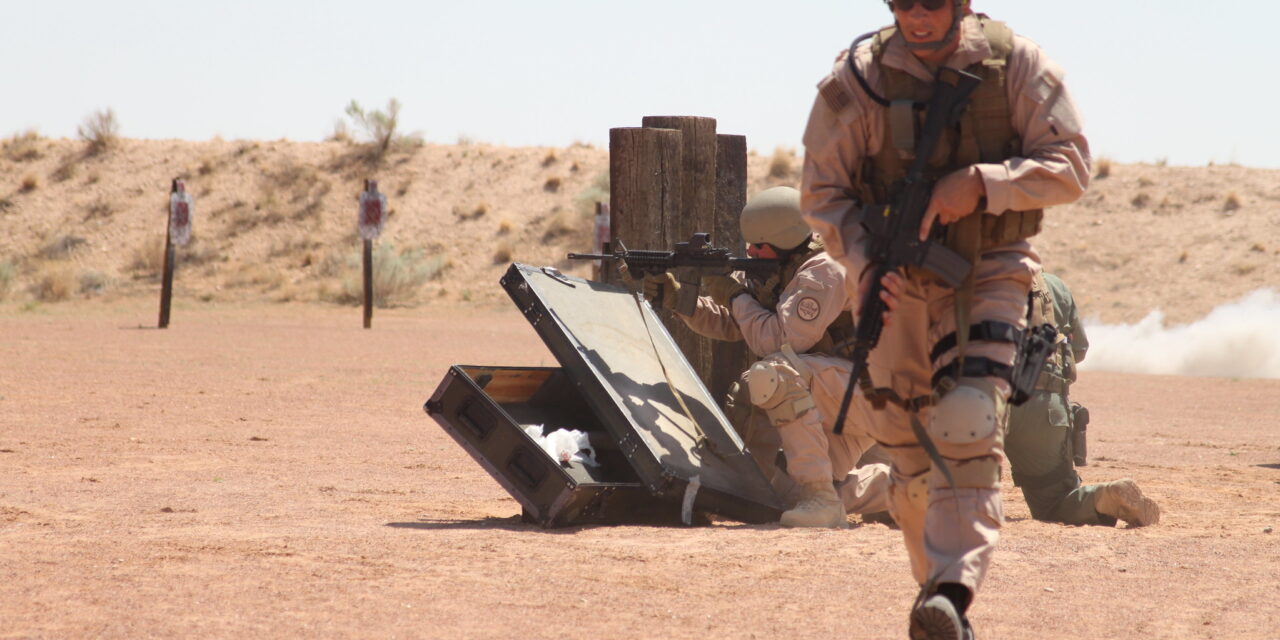 U.S. Customs and Border Protection (CBP) launched another military-style raid on a humanitarian aid station in the Arizona desert, close to the U.S.-Mexico border.

Border Patrol’s raid comes less than three months after a strikingly similar show of force. In that instance, at least one agent carried sophisticated video equipment into the camp. The agency claimed to have warrants but did not readily display them when arriving at the camp.

Advocates filed a Freedom of Information Act (FOIA) request on October 14 to demand CBP’s records related to this and previous raids. The request seeks footage CBP may have recorded during the events, agency communications, and search warrants requested or received.

The aid station known as Byrd Camp has operated for more than a decade under the group No More Deaths/No Más Muertes. The volunteer-based organization maintains a year-round humanitarian presence in remote desert areas of southwestern Arizona, providing life-saving aid and care to migrants in need.

Border Patrol agents took people receiving first aid and care into custody. Back at the camp, they held volunteers and prevented them from documenting agents’ actions inside the tents. The last militarized raid of this nature occurred in 2017.

The July and October raids occurred during historically hot periods, when conditions grow even more deadly for people traveling in the desert on foot.

The timing of the raids is concerning. The summer raid occurred within days of No More Deaths releasing emails among CBP agents obtained through FOIA. One of the emails implies that a Border Patrol Union leader pushed CBP to crack down on No More Deaths’ humanitarian aid. The email in question was sent hours before the Border Patrol raided Byrd Camp in 2017.

In all three instances, the massive show of military force was preceded by surveillance and tactics that resulted in intimidating migrants and volunteers, interfering with aid and care efforts.

No More Deaths—which follows the Red Cross’ code of conduct in its provision of desert humanitarian aid—considers the raids to be retaliation for the group’s exposure of CBP’s egregious tactics.

The agency’s actions also are contrary to an understanding No More Deaths previously had with CBP’s Tucson Sector. CBP said it would not interfere with humanitarian aid and the camp—which is on private property.

CBP’s conduct is even more alarming when looking at its history. It is an agency with a legacy of misconduct—instances of abuse and excessive force; unaddressed complaints; poor transparency and accountability; and significant funds for its operations.

Earlier this year, BORTAC agents were deployed to cities within the United States—outside CBP’s established “border zone” of operations—where they engaged in questionable law enforcement tactics under a shroud of secrecy.

Wherever Border Patrol shows up, questions and concerns rightly follow. The public has a right to know what the agency is doing and why it is aggressively cracking down on humanitarian aid efforts, threatening life-saving care for those in need.