How Biden Can Reform Immigration Enforcement and Detention 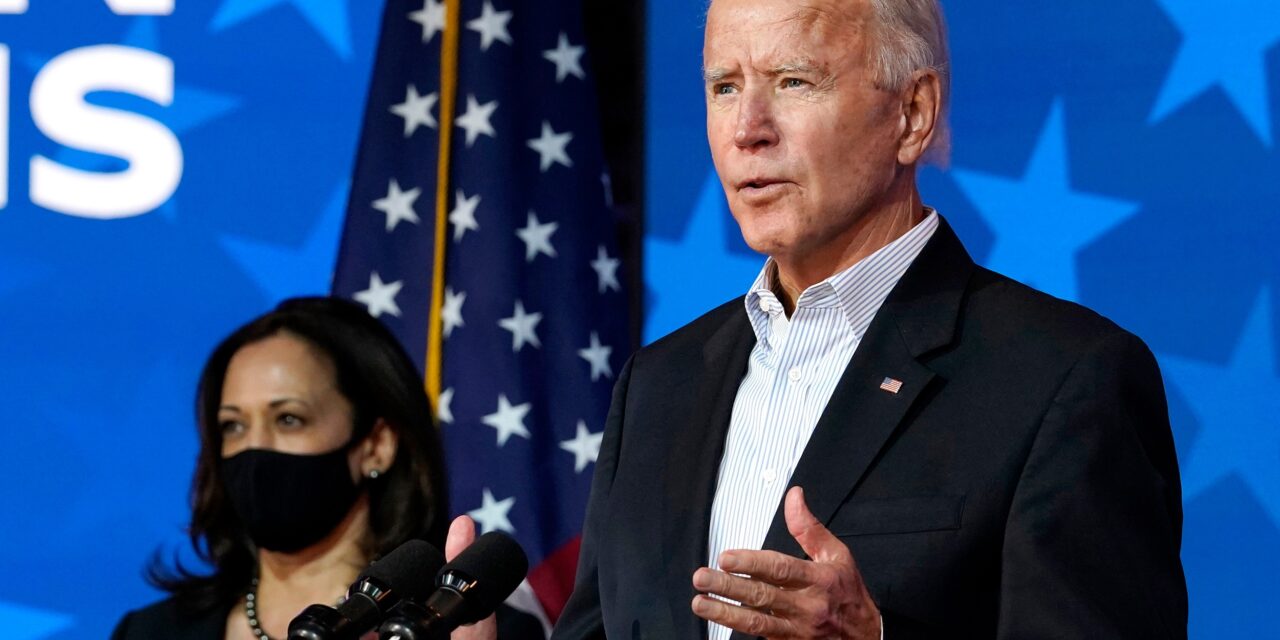 When the Biden administration takes office on January 20, it will have both the opportunity and responsibility to begin the difficult work of reforming immigration enforcement in the United States.

Though President Biden will be confronted with a series of major crises—including the ongoing COVID-19 pandemic and related economic downturn—reforming immigration enforcement must be a top priority. The impact of our current approach to enforcement cannot be overstated. The work to reduce the disproportionate harm to communities of color must begin on Day One of the Biden administration.

Legislative change remains critically important, but the new administration can take significant immediate steps on its own to reduce the harsh impact of immigration enforcement. This can ultimately create an immigration system that upholds American values and reduces harm to immigrant communities—all without compromising public safety or national security.

The last major legislative changes to our immigration system were made over two decades ago via the Illegal Immigration Reform and Immigrant Responsibility Act of 1996 (IIRIRA). Those changes were passed against the backdrop of a “tough-on-crime” approach that ultimately fostered the system of mass incarceration that remains in place to this day.

IIRIRA was created in the same vein as the now-infamous 1994 crime bill. It was an effort to create harsh immigration penalties like mandatory detention for people convicted of even minor crimes and to limit the avenues of relief available to noncitizens caught up in our removal system.

Changes to the criminal justice system in the 90s have had a harsh and disproportionate impact on Black communities and other people of color. But public opinion has shifted in the past 25 years. Reforming criminal justice and rethinking some of the penalties now enjoys bipartisan support.

It is time to also reconsider the misguided immigration laws created in the same era. We cannot ignore this historical context in advocating on behalf of immigrant communities.

Race has played an outsized role in the creation of our enforcement apparatus. Reforming immigration enforcement must therefore be part of the Biden administration’s stated commitment to racial equity.

The Biden administration can chart a new course on immigration in its first budget.

The combined budgets for U.S. Customs and Border Protection (CBP) and Immigration and Customs Enforcement (ICE) have ballooned to over $25 billion annually—we now spend more on immigration enforcement than all other federal law enforcement combined.

The federal government has used this budget to build long-term and enduring partnerships with states, local governments, and companies in the private sector that further expand the reach of the Department of Homeland Security (DHS). This in turn creates perverse incentives where profit and access to government programs are conditioned on ongoing collaboration in immigration enforcement, ultimately preventing change and eroding the rights of citizens and noncitizens.

This funding has also been used to virtually eliminate humanitarian protections for people encountered along our southern border. And DHS has brazenly manipulated the congressional appropriations process to reappropriate funding from other agencies and departments to further its enforcement-only agenda. Funneling more money to these agencies is not the answer.

Biden should seek significant reductions in funding for both CBP and ICE. His administration should also direct current funding away from punitive enforcement and detention and instead prioritize increasing access to counsel and case management programs. These programs have shown great success in ensuring immigrants appear for court hearings while outside of detention, all at a reduced cost to taxpayers.

The new administration must also make the legal immigration system as accessible as possible for immigrants who qualify for benefits.

Current barriers prevent many noncitizens who wish to obtain or change their immigration status in the U.S. This will only serve to increase the population of undocumented immigrants in the U.S., while also harming our long-term economic interests.

The Biden administration must begin the work of completely reforming our approach to interior enforcement immediately after taking office.

Biden’s commitment to implement a moratorium on deportations is a welcome first step that will allow for a meaningful assessment of the system from within. But the administration must also consider limiting arrests and releasing many of the thousands of people currently in ICE custody.

These changes are critical from a public health perspective as well. Continuing to detain and deport people in large numbers during a worldwide pandemic creates unnecessary risk for noncitizens themselves, government personnel, local communities, as well as receiving countries.

The administration should also adopt clear priorities for enforcement that significantly reduce the population of noncitizens subject to detention and removal.

These priorities must go well beyond the guidelines created by the Obama administration in 2011. They should explicitly outline who will not be subjected to immigration enforcement. The list must include people who have been in the U.S. for many years, families, and green card holders.

DHS must prioritize family unity and be responsive to the needs of young children by avoiding enforcement actions that lead to the separation of families—both at the border and within the interior of the U.S.

President Biden must also work to disentangle immigration enforcement from our criminal justice system to the greatest extent possible.

The creation of immigration enforcement priorities that focus on criminal history without regard to severity, time in the U.S., rehabilitation, or equities perpetuates the defects and racial disparities of our criminal justice system. And a true commitment to racial justice would not allow for a return to the “felons not families” paradigm of the Obama administration.

Finally, DHS should direct resources away from punishment and instead create initiatives that will help people come into compliance with the law by seeking and obtaining the benefits and protections available to them under the law.

Biden can end mass detention and use alternatives.

The Biden administration must also begin laying the groundwork to end mass immigration detention in the United States. And family detention must end immediately.

Increased oversight, accountability, and small-scale reforms have been inadequate in addressing the fundamental and structural problems associated with our patchwork of over 200 detention facilities across the country.

The harms perpetrated by immigration detention have been documented for years. But people continue to die unnecessarily. Others are torn from their families for extended periods of time without meaningful justification.

Much of this is because immigration detention is big business. A small handful of private companies earn billions of dollars annually by forcibly detaining hundreds of thousands of noncitizens. Some states and local governments boost their budgets by doing the same.

As long as the health and well-being of people impacted by our detention and removal system are pitted against profit, progress will be impossible to achieve and people will continue to suffer. We can and must do better.

Large-scale immigration detention isn’t necessary. It is a relatively new phenomena in the U.S. And there are alternatives available that don’t require the detention of hundreds of thousands of people every year. They help ensure that people comply with their deportation proceedings, have access to counsel and support from their families while undergoing the removal process, and are also responsive to public safety needs.

The Biden administration should invest in community-based alternatives and government-funded counsel to create a more humane and cost-effective way forward.

Biden has committed to making significant changes to U.S. immigration policy, both to repair the Trump administration’s damage and to help secure the future of many people who have lived and worked in the U.S. for years. He will need to rely on his executive authority to achieve many of his goals, and his administration should immediately begin the difficult work of reforming immigration enforcement.