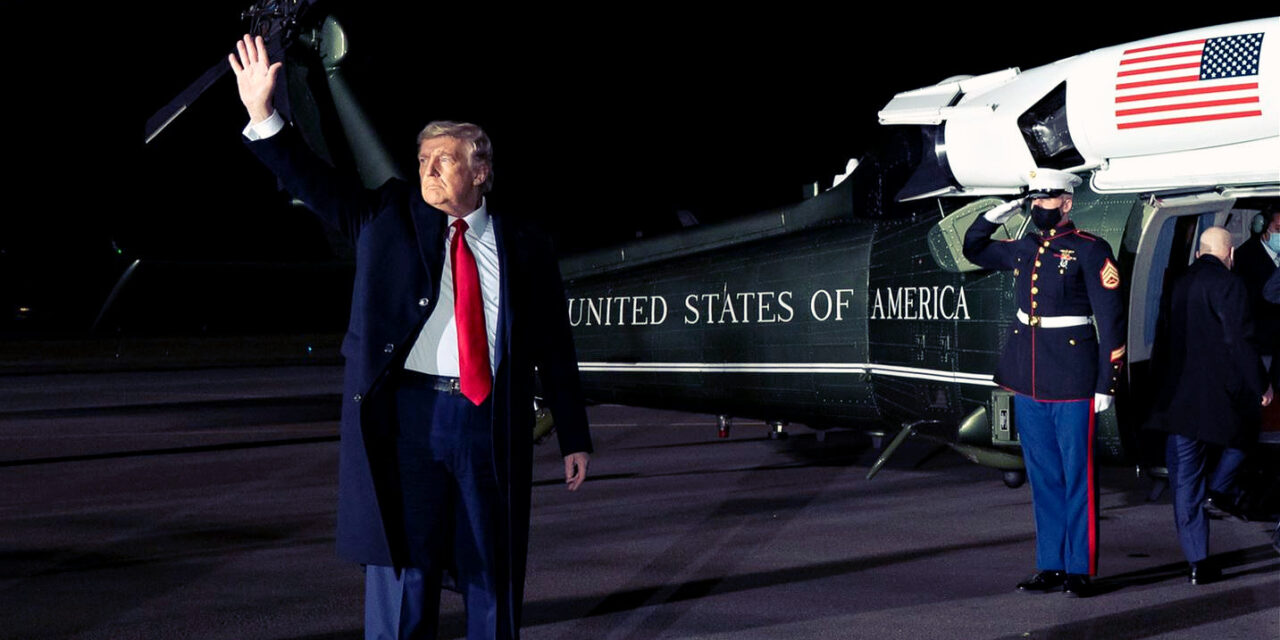 Five years ago, Donald Trump descended an elevator and declared that Mexico was sending rapists and “bringing crime” across the border.

Now, while America still reels from the deadly insurrectionist attack on the Capitol building, Trump is set to travel to Texas on January 12 to boast about the border wall. But rather than “highlight accomplishments,” Trump’s trip to the border only serves to drive home the point that there is no daylight between his attacks on immigrants and his attacks on democracy.

Trump’s immigration legacy and his efforts to incite violence to subvert a lawful election stem from a pathological refusal to accept the humanity of those that disagree with him. He willingly manipulates and undermines the law to win.

This desire to sidestep the law to go after immigrants began the moment that Trump took office. Six days after inauguration, Trump issued the Muslim Ban, sparking nationwide protests at airports and multiple court decisions against him. It took another two tries before the Supreme Court allowed an updated version of the ban to stand.

Yet even with that victory, Trump spent his time in office repeatedly railing against the laws that prevented him from enacting even greater cruelty on immigrants. He has attacked even the concept of judges. Is it any wonder that when judges overwhelmingly threw out his frivolous election lawsuits, he’d resort to the same conspiratorial mindset?

This contempt for the rule of law suffused the Trump administration’s attacks on immigrants. While his administration falsely argued that the laws which asylum seekers use to legally seek protection were “loopholes,” officials within the government repeatedly manufactured their own actual loopholes and stretched the law to their own ends.

Even in the rare circumstances where his administration agreed to back down, Trump was angry that he couldn’t carry out his worst impulses against migrants. Just a year after family separation shocked the nation’s conscience, Trump was reportedly asking his advisors whether he could put it back into place.

While Trump wasn’t able to resume the family separation policy, his administration continued to subvert the right to seek protection at the border.

From 2018 to 2020, the Department of Homeland Security threw up roadblock after roadblock to stop people from seeking asylum, regardless of the consequences. If one policy was blocked in court, they just came up with another one. No act of bureaucratic cruelty was too small for his administration, nor legal argument too weak to make.

In a recent decision blocking the “death to asylum” regulations that were finalized in December, a federal judge accused the Trump administration of “a troubling litigation strategy” where “the government keeps crashing the same car into a gate, hoping that someday it might break through.”

On January 6, supporters of the president crashed through literal gates, hoping to do what courts would not—overturn an election.

After years of official White House statements personally attacking judges for disagreeing with them (most often in immigration cases), is it any wonder that the president’s most diehard supporters would seek to take the law into their hands?

Was it any surprise that a man who once suggested shooting migrants who cross the border would resort to encouraging violence to remain in power?

And rather than help his cause, his attacks on immigrants did nothing but hurt his standing among most Americans—even his own 2016 voters—while radicalizing his most extreme supporters.

That’s why the visit will be a key moment that will help the next administration not only begin to undo Trump’s own dangerous record, but also work to undo the generations of cruelty at the border.

The image of a disgraced president, who could soon become the first in history to be impeached twice, standing proudly and ignorantly in front of his disastrous border wall will be emblematic of his broader presidency.

It is a presidency that has prioritized sowing division, undermining our institutions and norms, and working tirelessly to marginalize the “other.” For Trump, there were no people more “other” than those who came to our border and asked for our help.

If we truly want to defeat Trumpism, as a nation we must embrace a more humane approach toward those who are different from us, one that respects the law and our obligations to the most vulnerable. The Biden administration can start by restoring humanitarian protection, and finally moving away from the deterrence-based mindsets of the past decades and create a truly welcoming process at the border.